Dollar starts week on back foot, keeps above 4-mth lows 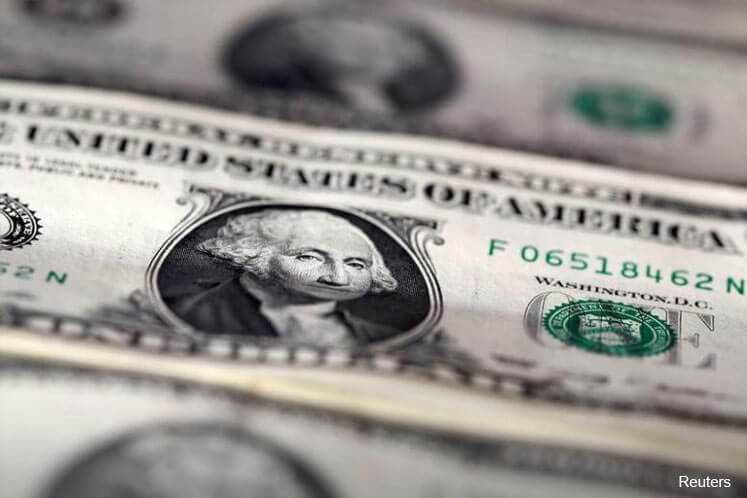 TOKYO (April 3): The dollar started the week on the back foot on Monday as some lacklustre U.S. data and comments from Federal Reserve officials gave investors few catalysts to build on their U.S. currency exposure.

The dollar index, which tracks the U.S. currency against a basket of six major rivals, was nearly flat at 100.390. It notched a low of 98.858 last week, its weakest level since Nov. 11, in the wake of U.S. President Donald Trump's failure to pass a healthcare reform bill last month.

"The dollar got some support last week from month-end buying and came off its lows, but overall its heaviness remains unchanged," said Mitsuo Imaizumi, Tokyo-based chief foreign-exchange strategist for Daiwa Securities.

Economists polled by Reuters predict the U.S. economy will have added 180,000 jobs in March.

The Bank of Japan's "tankan" survey released on Monday showed that large Japanese manufacturers expected the dollar to average 108.43 in the fiscal year that began this month.

The tankan also showed that big manufacturers' business sentiment improved for a second straight quarter to hit a 1-1/2-year high in March, a sign the benefits of an export-driven economic recovery were broadening.

Investors also parsed comments from U.S. Federal Reserve officials on Friday, some of which pressured the greenback.

New York Fed President William Dudley, who is seen as one of the most important members of the Fed's policy-setting committee, said the central bank could begin trimming bond portfolio this year - earlier than many economists expect - but also said that it was in no rush to tighten monetary policy.

St. Louis Fed President James Bullard and Minneapolis Fed President Neel Kashkari also said on Friday they expect rate increases this year, but both were cautious about the U.S. economy.

A spate of mixed U.S. economic data on Friday reinforced the Fed's view that the economy is growing at a steady but not rapid pace. Consumer spending barely rose in February amid delays in the payment of income tax refunds, but inflation marked its biggest annual increase in nearly five years.

The consumer spending data led some of Wall Street's top banks to mark down their first quarter growth estimates for the U.S. economy.

Speculators reduced bullish bets on the U.S. dollar for the first time in four weeks in the week ended March 28, according to Commodity Futures Trading Commission data released on Friday and calculations by Reuters.

The euro added 0.2 percent to $1.0676 but remained not far above Friday's low of $1.0649, its weakest since March 15. The single currency came under pressure last week after data showed euro zone inflation slowing. European Central Bank officials also signalled that the central bank is still very much in easing mode, after their policy message in April prompted investors to price in an interest rate hike early next year.  - Reuters