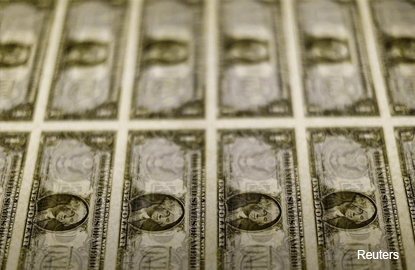 Yellen told the U.S. Senate Banking Committee the central bank will likely need to raise interest rates at one of its upcoming meetings, although she expressed caution amid considerable uncertainty over economic policy under the Trump administration.

The dollar index, which measures the greenback against its six major peers, rose to a 3-1/2-week high of 101.38 on Tuesday following Yellen's remarks. The index was last up 0.1 percent at 101.27.

"There are no big factors preventing the Fed from raising rates in March. Unless the emerging markets become volatile or the U.S. economic data shows weakness, the March rate hike is highly plausible," added Sera.

U.S. interest rates futures implied traders saw about a 20 percent chance of three rate increases in 2017, up from less than 10 percent on Monday.

Since the end of the 2007-09 recession, the Fed has raised rates once in December 2015 and again in December of last year.

President Donald Trump has announced a rollback of financial regulation though details remain scarce, and markets are yet to get clarity on the size and scope of the tax cuts he has promised.

The euro was last down 0.1 percent at $1.0572, wallowing near a one-month low of $1.0559 plumbed on Tuesday amid political risk and disappointing regional economic data.

The euro has come under pressure from concerns about France's presidential election and Greek bailout talks. Polls showed National Front leader Marine Le Pen, who has promised to pull France out of the euro zone and hold a referendum on European Union membership, is leading in the first round of the French presidential runoff.

Investors are eyeing a batch of U.S. economic data due out later on Wednesday, including consumer price index (CPI) and retail sales, for any fresh catalysts..