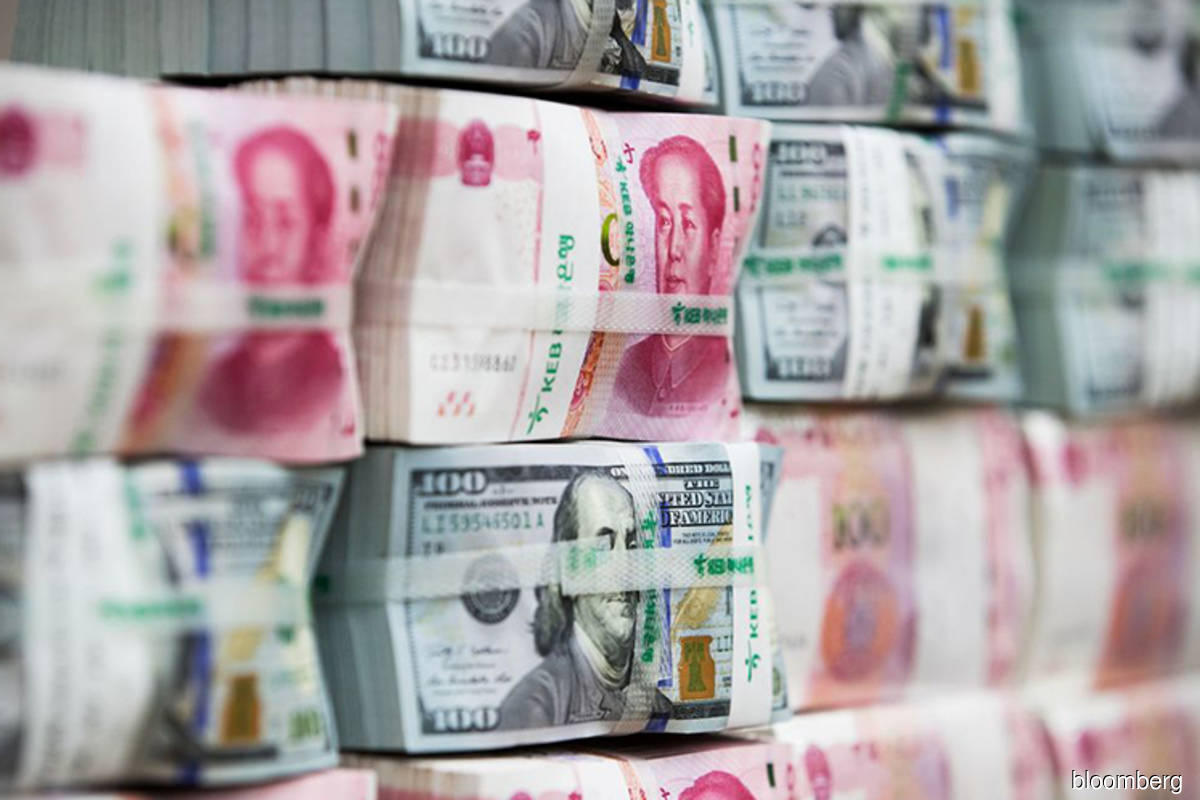 "Of course, bad data from China also weighed on recession worries for the rest of the world," said Ipek Ozkardeskaya, a market strategist at Swissquote. That pushed down the euro against the greenback, she added.

The dollar was also supported by US Federal Reserve policymakers' hawkish comments in response to early signs that US inflation may have peaked.

Richmond Fed president Thomas Barkin told CNBC last Friday that he would like to see inflation running at the Fed's 2% target for "some time" before stopping rate hikes.

"The euro is slowly finding its way back down towards parity after the spike last week. It is too early for the Fed to take its foot off the brake, despite the drop in inflation," said Jens Nærvig Pedersen, the chief analyst of foreign exchange and rates strategy at DanskeBank. He maintained a bullish US dollar view.

The onshore yuan eased to a one-week low of 6.7696 per dollar, compared with the previous close of 6.7430, after the PBOC unexpectedly lowered borrowing costs on medium-term policy loans and a short-term liquidity tool for the second time this year.

"Despite the warning of inflation risk and flush liquidity conditions, the dominant downside risks from the Covid-19 spread and property-sector rout prompted the PBOC to cut rates to stimulate demand," said Ken Cheung, the chief Asian foreign exchange strategist at Mizuho Bank.

The US dollar index against six peers rose 0.25% to 105.96, consolidating near the middle of its range this month.

Analysts will scour minutes of the Fed's most recent meeting, due to be released on Wednesday, for more clues about policymakers' thinking, while retail sales data on Friday will give some fresh insight into the economy's health.

Money markets now price 43.5% odds of another 75-basis-point rate hike by the Federal Open Market Committee in September, versus 56.5% probability of a slowing in the pace of tightening.

The euro eased 0.24% to US$1.0232, weighed down by Europe's struggles with the war in Ukraine, the hunt for non-Russian energy sources and a hit to the German economy from scant rainfall.