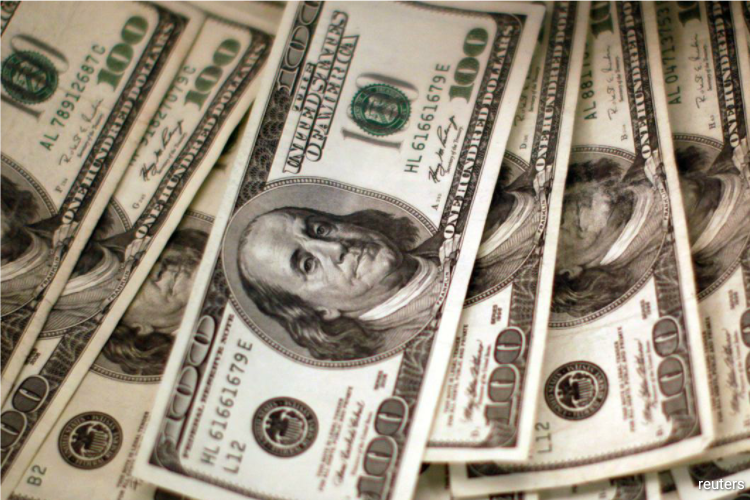 TOKYO (July 9): The dollar fell against most currencies on Thursday as a rally in riskier assets such as global equities and commodities put a dent in safe-haven demand for the U.S. currency.

China’s yuan rose to a four-month high against the greenback, extending recent gains as investors of all stripes increase positions in Chinese stocks due to growing signs of a recovery in the world’s second-largest economy.

Lingering worries about the spread of the coronavirus could keep some currency pairs in a tight range, but the dollar’s losses are gradually increasing as sentiment favours riskier bets on long-term economic growth.

“Rising stocks and a dip in Treasury yields are slight negatives for the dollar, but the market can’t move too far because we still have to worry about the virus,” said Minori Uchida, head of global market research at MUFG Bank.

“A lot of major U.S. economic data have been positive, so this will be less of a trading factor going forward. People are looking for cues from stocks, yields, and hedging costs.”

The euro could get a further boost later in the day as Germany is scheduled to release export data. Economists expect shipments from the euro zone’s largest economy to rebound sharply in May from a large decline in the previous month.

The greenback also fell to a three-week low against the pound GBP= at $1.2637.

The dollar fell to a four-month low of 0.9365 Swiss franc CHF= on Thursday.

Chinese shares continued their recent rally and surged to a five-year high during the Asian session. Futures pointed to further gains in European equities, highlighting the enthusiasm for risk-on trades.

Investors are also looking to U.S. weekly jobless claims later on Thursday, but the dollar looks set to remain on the back foot until then.

The onshore yuan CNY=CFXS burst past the closely watched level of 7 to reach an almost four-month high of 6.9820 per dollar.

China’s currency has been a star performer as investors shrug off diplomatic tension between Washington and Beijing to focus on China’s improving economy and its attractive technology sector.

The yuan has risen around 2.7% from a seven-month trough against the dollar set on May 27.

While some investors are reluctant to take big positions before the traditional summer holiday season amid uncertainty around the coronavirus pandemic, analysts said sentiment favours more U.S. dollar declines as investors try to look past a recent spike in coronavirus cases in some countries.

Elsewhere in currencies, the Australian dollar AUD=D3 rose to a one-month high at $0.695.

Highlighting the greenback's woes, the New Zealand dollar NZD=D3 rose to $0.6590, the highest since late January.