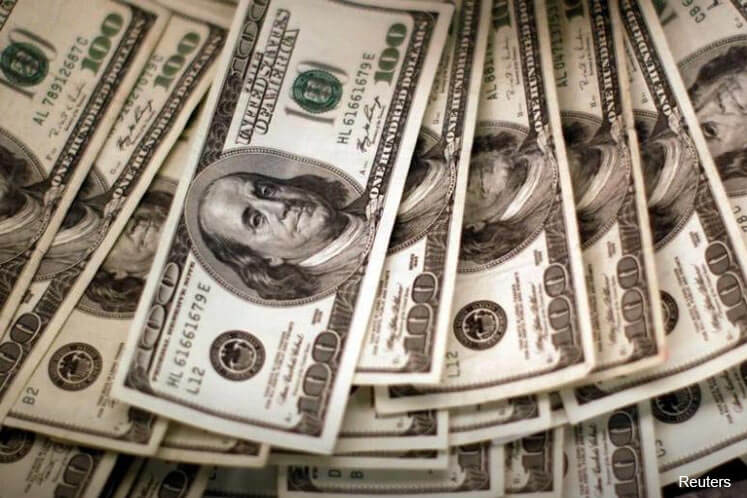 NEW YORK (March 17): The dollar fell to a five-week low on Friday, remaining under pressure for a third straight session after the Federal Reserve quashed hopes for a further bull run in the currency by keeping a gradual pace to its monetary tightening policy.

"At the moment, the dollar remains in correction mode, which we had fully expected," said Fawad Razaqzada, market analyst, Forex.com in London. "But we remain fundamentally bullish on the greenback because the Fed remains the only major central bank which is actively tightening its policy."

The dollar also struggled against the yen, dropping to two week-lows, and Razaqzada said the currency pair remains in a "technical correction phase."

He noted though if the dollar is to break out of its mini-slump, it could do so against the yen as the Bank of Japan is nowhere near ready to tighten monetary policy. With the Fed policy meeting out of the way, investors are now focused on the G20 financial leaders in Baden Baden starting later on Friday. It will be one of the most closely-watched G20 meetings for the currency market.

Any hints of a broader push by Washington against an appreciating dollar are likely to weaken the currency.

But a softening of the joint draft statement's language on trade, removing a rejection of protectionism, speaks to a promised rise in U.S. tariff barriers which has so far largely been seen as dollar-positive.

In late morning trading, the dollar index, which measures the greenback against a basket of six major rivals, slipped 0.1 percent to 100.25, after earlier falling to a five-week low.

The index was down almost one percent overall for the week and 1.2 percent since the Fed hiked rates on Wednesday.

Data on Friday showed a steadily improving US economy, with manufacturing output rising for a sixth straight month in February and preliminary consumer confidence for the month of March increasing as well.

The euro, meanwhile, fell against the dollar after a poll showed far-right anti-EU leader Marine Le Pen extending her lead over centrist Emmanuel Macron in the first round of France's presidential elections.

The Opinionway poll also showed Le Pen, who has pledged to take France out of the euro, narrowing Macron's lead in the second round run-off.