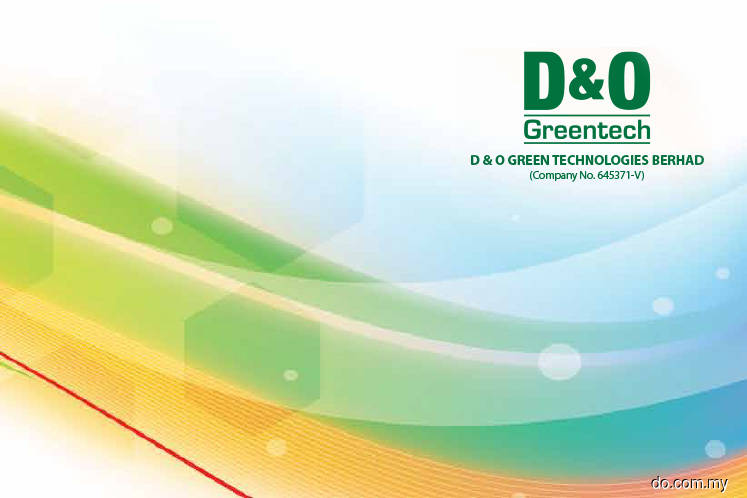 D&O Green Technologies Bhd
(Nov 28, 71.5 sen)
Maintain neutral with a higher target price (TP) oF 64 sen: D&O Green Technologies Bhd’s third quarter of financial year 2019 (3QFY19) normalised earnings came in at RM9.5 million, a marginal decline of 0.8% year-on-year (y-o-y). However, on a sequential basis, the group recorded a 61.2% y-o-y recovery in normalised earnings. This was mainly due to higher demand of its products and a higher profit margin.

Cumulatively, its nine-month of FY19 (9MFY19) normalised earnings amounted to RM21.6 million, an increase of 4.3% y-o-y. This came in above our expectations, accounting for 66.9% of full-year FY19 earnings estimates. Historically, the group’s 4Q earnings see the strongest quarter. Coupled with the commercialisation of new business wins, we expect 4QFY19 normalised earnings to grow at a faster pace on a sequential basis.

We are revising FY19 and FY20 earnings estimates higher by 7.5% and 16.1% to RM34.7 million and RM43.5 million respectively. Note that we are increasing the revenue contribution in view of its new business wins and factoring in a higher profit margin premised on the group’s ongoing cost management initiatives.

Post-earnings upgrade we are revising our TP to 64 sen (previously 56 sen). This is premised on a pegged revised FY20 earnings per share of 2.9 sen against an unchanged forward price-earnings ratio (PER) of 22.2 times. Our target PER is based on the group’s two-year historical average.

The group announced a second interim dividend of half sen. This led to 9MFY19 dividend of one sen compared with half a sen declared for 9MFY18.

The geopolitical tension would inadvertently affect consumer sentiment. This would, in turn, impact the well-being of the automotive market and subsequently investment plans of major car companies. Fortunately, the group’s earnings have remained resilient as shown in the latest quarterly results. This is partly due to the new business wins, indicating the group is steadily gaining market share from its peers. Coupled with the ongoing cost management strategy, we do not expect any contractions in profit margin. On another note, the dividend yield is anticipated to remain minimal to sustain its expansion plan and meet its research and development  initiatives. — MIDF Research, Nov 28