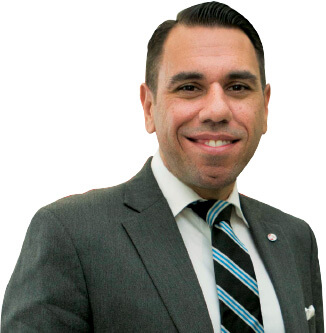 McLaren is cautiously optimistic about the group’s prospects this year. Photo by Patrick Goh

KUALA LUMPUR: As speculation grows on when Malaysia will hold its elections, DKSH Holdings (Malaysia) Bhd (DKSH Malaysia) head of country management and vice-president of finance Nicholas McLaren is keeping an eye out for it.

The interest, however, is not so much in the general election, but how it would affect consumer spending as consumers are likely to hold back until after the polls.

McLaren is cautiously optimistic about the group’s prospects this year, noting that the consumer market is very volatile and unpredictable on a monthly basis, making it extremely difficult for the group to meaningfully plan its activities.

“It is currently unclear how consumer off-take is going to be going forward. Six years ago, [the outlook] was pretty stable [where] you had a pretty good idea where the market was headed for at least the next few months,” he told The Edge Financial Daily in an interview.

“But since the introduction of the goods and services tax (GST) in April 2015, the outlook for the market has become difficult to predict.

“At the moment, all the signs are relatively positive. I wouldn’t say it’s amazing but it’s looking okay … somewhat normal. But we may not know; the election may come and make forecasting future consumer spending difficult,” he added.

Amid the uncertain operating environment and economic headwinds, McLaren still expects DKSH Malaysia to post a growth in the current financial year ending Dec 31, 2017 (FY17) albeit not at the same level as FY16’s.

“[The FY17 net profit] growth will be sustainable, but it won’t be at the FY16’s level. If we manage to outgrow the country’s gross domestic product growth, we’re still okay,” he said.

Riding on the back of the group’s nine decades of presence in Malaysia along with its infrastructure, network and expertise, the market expansion services provider remained resilient and delivered a good set of results for FY16.

After a challenging year in FY15, due to the introduction of the GST, DKSH Malaysia’s net profit registered a 37% increase to RM50.47 million in FY16 from RM36.84 million in FY15, which it attributed to organic sales growth with existing clients, ongoing new business development and realising cost efficiencies.

“This year, we want to increase our margin, and increase our bottom line more than our [profit] margin,” said McLaren.

To meet its targets, he said the group will continue to focus on operating efficiencies to reduce its costs.

“Our overall strategy is to focus on what we do and just do it better. We are not really interested in diversifying our business units into non-related areas,” said McLaren.

Although the Famous Amos business only contributes less than 1% of the group’s revenue, its sales grew by 9.5% year-on-year to RM13.5 million in 1QFY17.

McLaren said that while the total number of Famous Amos outlets decreased from 92 to 85 last year, revenue per outlet increased due to its market strategy of shutting down the less profitable outlets. The improved sales performance was supported by better sales amid a market recovery.

DKSH Malaysia also plans to increase the use of automation in order to reduce its dependency on labour, which has become increasingly difficult to source.

McLaren also noted that capital expenditure (capex) of the group this year would be minimal.

“Things will be relatively quiet this year and next as well. There will be no new distribution centre or office openings,” he added.

That’s because it had invested heavily in the expansion of its infrastructure over the years up to 2015. DKSH Malaysia had set up distribution centres in Shah Alam and Kota Kinabalu, and had also moved its head office to The Ascent @ Paradigm Mall in Kelana Jaya from Jalan Universiti in Petaling Jaya.

In fact, DKSH Malaysia is looking to consolidate its smaller distribution centres in Sabah and Sarawak to enhance operating efficiencies over the next five years, with better infrastructure such as the Pan Borneo Highway there.

In terms of the group’s medium- and long-term growth drivers, DKSH Malaysia sees the growing middle class in Malaysia supporting demand for its consumer and healthcare products.

Year to date, DKSH Malaysia’s share price had risen 12% to close at RM5.02 last Friday, giving it a market capitalisation of RM791.44 million.