Ditching the loop of panic and fear 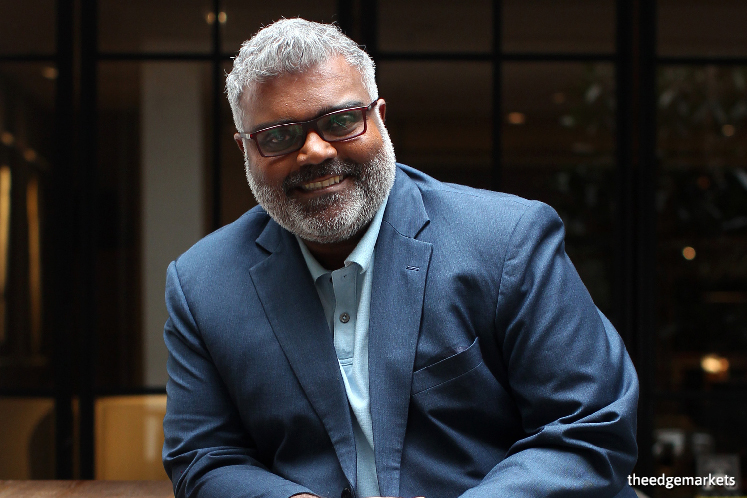 With the onset of the Covid-19 pandemic and the Movement Control Order, many business owners have entered panic mode or what speaker and transformation coach Raymond Miranda refers to as the “loop of fear”.

Many businesses, especially small and medium enterprises (SMEs), cannot see their way out of this thicket of fear. They are either holding out for help from the government or ready to throw in the towel.

Heartbreaking stories are emerging of companies without the cash flow to survive even a month of salaries and rent. The food and beverage sector, for instance, has seen an 80% dip in revenue while manufacturers have been forced to close their operations, effectively cutting them off from the supply chain and putting their businesses in jeopardy.

They need to create a break in the desperate circle of their thoughts to get to a place where they are able to think creatively and figure a way out of this, says Miranda, whose work involves consulting with companies to help identify the stories they are telling themselves and moving through this loop of fear and coming out on the other side.

“If you are in survival mode, you just cannot think straight. The brain is hijacked from thinking of any possible creative solutions. You need to distract yourself and break the cycle. That momentary relief will give you the space to see other possibilities,” he says.

Miranda, founder and CEO of coaching consultancy Labora[s]tory Sdn Bhd, says most SMEs are confronted with threats to their survival in this present situation and they have one of three reactions — flight, fight or freeze.

“It is called an amygdala hijacking. It is a clever system that tells you something dangerous is around the corner like, say, a tiger. In the modern world, it probably isn’t a tiger, although this particular crisis feels like one. The fear is visceral, putting us in complete survival mode,” he adds.

Those in survival mode are unable to think or function creatively. And it will take a great deal of creativity to come out of this present situation intact.

Getting out of this panic-stricken mode of thinking begins with simple self-care, such as getting a good night’s sleep and eating properly. “It reboots your system for a little while and you wake up with some tiny clarity,” says Miranda.

However, many are waking up right back into that panic again, he admits.

Miranda actually goes to the extent of advocating binge-watching a show on Netflix, just to provide that break in the loop of panicky thoughts. “After you have distracted yourself sufficiently, you will either go back to the fear, or you would have created a window, an opening from which you can observe your thoughts,” he says.

Transformation will not come all at once, says Miranda. “You will have to go through it fully and honour the process. First, you observe your thoughts. Then you ask, ‘What is my fundamental fear?’”

For most business owners today, their fundamental fear is that they are about to go bankrupt. “So, we keep drilling down and ask what going bankrupt means to them. For instance, they could say, ‘If I go bankrupt, I am nothing’ or ‘If I go bankrupt, it is the death of a dream’,” says Miranda.

He himself went through this process when all of his engagements in Europe were cancelled. “One of my fears was that I would not be relevant if I was not speaking internationally. So now, I ask myself the five ‘whys’, like ‘Why are you not relevant?’ And I say, ‘because I need the international exposure.’

“And when I got right down to the baseline of my fears, it ran something along the lines of, ‘If I am not doing work outside of Malaysia, I am not valuable.”

The third part of his process is what he calls the exercise of opposites, which is taking the baseline statement and turning it around. “The opposite would be, ‘If I am staying in Malaysia, I am valuable.’ So, I got away from the loop of fear and the tragic victim story. My opposite says I become valuable by staying at home.”

And this has proved to be true as more and more companies have started to recognise the value of Miranda’s process and call on him to help them get their heads around what is happening and chart a way forward.

“Doing the exercise of opposites moves you away from a closed mode to an open mode. And when you are in open mode, that is when new ideas can germinate inside you,” he says.

One client who called on him was a Polish company that had six months of cash flow left and was afraid of going bankrupt. “I got them out of the loop of fear. They went from ‘We only have cash flow for six months, so we are going to die’ to ‘We are going to live because we have cash flow for six months’. Then, I set them the homework of looking for companies at the edge of their cash flow that had survived, so they could begin to soak in the strategies,” says Miranda.

“Basically, when you shift your thinking, you are dealing with reality from a different perspective. One says ‘We are dead’ and the other says, ‘We are going to live.’”

This is an incredibly difficult leap to make and in fact, he says his clients often have great resistance to that transformation in thinking. “It requires them to look at the story in their heads in a different way,” says Miranda.

“You would still have to strategise and sacrifice. But once you have shifted your perspective, you are doing this from a different place.”

And in a situation like the present, one dose of the process will not cut it. “Sometimes, the fear comes back every 30 minutes. Sometimes, every two days. So, you will be called to keep practising,” he says.