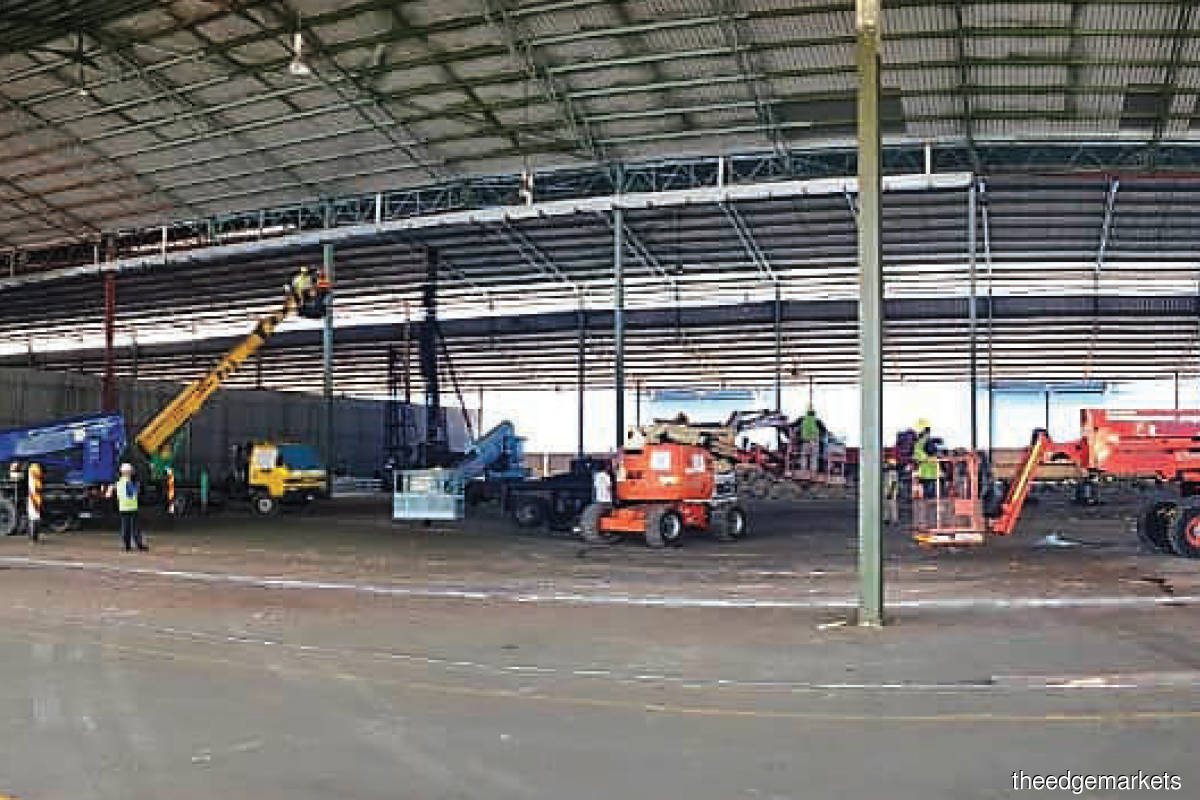 THE heightened demand for rubber gloves due to the Covid-19 pandemic has attracted new entrants to the industry, with companies lining up plans to set up their own rubber glove ventures. One of them is property developer Mah Sing Group Bhd, whose plan is the most ambitious of all the new entrants, as it aims to become one of the top five rubber glove producers in the country.

While that sounds like a great investment opportunity for those looking for exposure to the rubber glove industry but are unwilling to pay Top Glove Corp Bhd’s price-earnings ratio of 35 times, market observers say prospective investors should stay cautious. That is because while Mah Sing aims to start making gloves by April next year, the current environment means that it will be much more expensive for the group to produce gloves compared with its established counterparts.

First, there is an acute shortage of foreign workers in the country with the borders being closed. It is worth noting that oil palm plantations, which highly depend on foreign workers, are at their wits’ end on how to get all of their fresh fruit bunches harvested.

Nevertheless, Mah Sing is confident it will be able to manage this shortage by hiring locals and leveraging automation. In an exclusive interview with The Edge, its founder and group CEO Tan Sri Leong Hoy Kum says that by using automation, the requirement of two workers to produce a million pieces of rubber gloves will be reduced significantly. “We are at about two workers per million pieces for a start. Eventually, we will reduce the number of workers required to produce the quantity as automation kicks in. In other words, to produce more than three billion pieces a year, we will only have to recruit a workforce of about 600,” he says.

Taking the first phase production capacity target of 3.68 billion pieces a year, if Mah Sing were to hire 600 workers, each of them would be able to produce 6.1 million pieces of rubber gloves a year with a high level of automation, instead of about 500,000 pieces annually.

However, that would mean higher capital investment. Nevertheless, this would be offset by the higher productivity. At the moment, the group is hiring locals and training them for the rubber glove business.

Leong says the factory design will have an efficient layout and workflow, with new and efficient high-speed machines that can produce up to 38,000 pieces of rubber gloves an hour. “That should help with cost-effectiveness, compared with existing players where 60% to 70% are older machines with slower speeds.”

He adds that Mah Sing will also look at achieving minimal to no human intervention at its factory.

With state-of-the-art automation and the right volume, Mah Sing will be able to compete effectively against the more established players, says Leong. In the longer term, it will also look at product innovation by investing in R&D.

Mah Sing is also betting on the government relaxing its restrictions on the hiring of foreign workers next year, as its rubber glove plant will only start production in April 2021. However, if the shortage of foreign workers persists beyond April, it has the option of using workers from its plastic manufacturing business.

“As we are new, we will have more flexibility in whatever we do pertaining to workers such as complying with the new guidelines of the Human Resources Ministry and the recommended practices of the International Labour Organization,” says Leong.

Another issue is that there is a shortage of natural rubber supply in the global market owing to erratic weather in the major producing countries, a decline in rubber tapping activities because of the pandemic and the Pestalotiopsis leaf fall disease.

In a Sept 29 statement, the International Tripartite Rubber Council (ITRC) said the production of natural rubber is expected to decrease for the rest of 2020 and into early 2021. The ITRC — comprising Thailand, Indonesia and Malaysia, the world’s major producers of natural rubber latex — formulates policies to ensure the sustainability of the industry. Meanwhile, a resurgence in the automotive industry, especially in China, as well as the demand for rubber gloves have led to greater demand for natural rubber from Thailand, Indonesia and Malaysia.

Although Mah Sing’s plant will be using nitrile instead of natural latex, a shortage in the latter may force other rubber glove producers to increase their production of nitrile gloves, which will lead to competition for the raw material.

Leong agrees that there could be supply shortage in the short term. However, Mah Sing has formed a partnership with nitrile butadiene rubber (NBR) producers in several countries for the supply of the raw material. “I think there will be more NBR plants coming on stream by the middle of next year because many of the plants in South Korea are converting their styrene butadiene rubber (SBR) plants to NBR.

“Much of the SBR supply comes from Thailand, so the Korean producers are converting their plants to NBR. This means the supply constraint of NBR should ease a bit by the middle of next year.

“Having been a plastic manufacturer for more than 40 years, we have been able to secure some of the big material suppliers, and they are looking to supply us for the long term. So, I would say that the supply shortage would not be as intense as it is now.”

He also believes that Mah Sing’s good financial reputation, track record and strong branding will be factors that encourage the raw material producers to supply to the group. As at June 30, the company had RM1.13 billion in deposits, cash and bank balances as well as short-term investments of RM50.76 million. Meanwhile, its term loans and short-term borrowings stood at RM2.1 million.

AmInvestment is also confident about Mah Sing’s financial strength to venture into the rubber glove industry, given its strong cash flow position, coupled with the new issuance of RM100 million convertible sukuk. “After paying RM150 million in capital expenditure for Phase 1, Mah Sing’s net gearing will increase from 0.4% to 4.8%. All in, we see this as a positive move by the management, given the good prospects of the glove business amid the Covid-19 pandemic. We believe the demand for gloves will remain stable post-pandemic due to the increase in healthcare awareness and more stringent regulations,” says analyst Thong Pak Leng in an Oct 16 report. While Leong acknowledges that Mah Sing may need to pay more for raw materials, the group will still be able to get good margins for the time being. “The rubber glove business is very exciting, in the sense that most of the customers have provided us with a deposit of 30% even before production starts. So virtually, we won’t have any cash flow problems. We only have to make sure we can deliver according to their orders,” he says.

According to Leong, Mah Sing has already secured several letters of intent (LoI) for indicative orders from distributors of rubber gloves, which have exceeded the estimated output capacity for both phases of the Kapar factory.

The factory will be developed over two phases, involving 24 production lines. The first 12 lines, with the capacity to produce up to 3.68 billion pieces of rubber gloves a year, are being developed at an investment cost of RM150 million.

Meanwhile, Mah Sing is already planning the second phase. In total, the Kapar plant will have the capacity to produce up to 7.4 billion pieces of rubber gloves a year.

Of course, the group will gauge the demand for rubber gloves in the market before deciding to go ahead with the second phase, but Leong says the indications of demand have already exceeded 9.4 billion pieces. “If the spot price for gloves remains at the current level, we are confident that we can recover our investment for Phase 1 within 1 to 1½ years. Based on industry estimates, the step-up in demand is expected to outstrip supply in the next two to three years.”

AmInvestment’s Thong estimates that the rubber glove venture will provide Mah Sing with an additional net profit of RM51 million and RM105 million in the financial years ending Dec 31, 2021 and 2022 respectively. This projection is based on the assumption of an average selling price of US$50 per 1,000 pieces, an average utilisation rate of 80%, nitrile price of RM5.60 per kg and an exchange rate of RM4.25 to the US dollar.

“Hence, we increase our FY2021 and FY2022 net profit forecasts by 43% and 91% respectively. We believe the spot price will be lower in FY2021 (currently at more than US$80 per 1,000 pieces), presuming the availability of a Covid-19 vaccine and an increase in glove supply as a result of expansion by other glove manufacturers,” says Thong.