1MALAYSIA DEVELOPMENT BHD (1MDB) has once again delayed submitting the listing prospectus of its power unit 1MDB Energy Group Bhd, despite the fact that the documents were ready to be presented to the Securities Commission (SC) after months of work.

The reason for withholding the submission is not known, and is puzzling bankers who had been anticipating the draft prospectus for its initial public offering (IPO) to be available around this time.

Instead of elaborating on the progress of 1MDB Energy’s listing, the sovereign wealth fund had instead issued a lengthy statement last Thursday to deflect widespread criticisms against it.

Until the draft prospectus is seen, the best available indicator to the public on 1MDB’s power assets IPO is the information memorandum (IM) on the sale of RM8.4 billion of sukuk by Jimah East Power Sdn Bhd. Jimah East is 1MDB’s vehicle to build and operate the 2,000mw coal-fired power plant project, also known as Project 3B, that 1MDB secured earlier this year.

However, a closer look at the IM reveals several potential challenges for the Jimah East project and by extension, the IPO of 1MDB Energy.

The first is the tight construction deadline, which could be a problem due to the huge land reclamation works that need to be done at the site near Port Dickson.

This concern is shared by Tenaga Nasional Bhd, which told The Edge recently that there was a high risk the project would not be able to meet the deadline.

A study of the site plan that was submitted with the IM makes clear the monumental scale of 1MDB’s job. The site of the Jimah East plant covers roughly 257 acres, approximately one-third of which is being built on reclaimed land. While some land reclamation has been completed, that portion is meant for the coal yard.

The critical components of the plant — steam turbines, furnace and boiler — are to be built on what is still underwater (see map).

According to the IM, the commercial operation dates for the Jimah East plant are Nov 15, 2018 for the first phase and May 15, 2019 for the second phase. That gives Jimah East approximately 48 months to complete work. It is also the same amount of time it takes to build a similar sized plant with minimal land reclamation.

“Construction risk of the project power plant is mostly mitigated by the strong track record and financial strength of the main parties of the EPC (engineering, procurement and construction) consortium, namely IHI, Toshiba and the Hyundai consortium,” it said.

There is no mention of the scope of land reclamation works in the MARC report that places an AA-IS rating on the RM8.4 billion sukuk, with stable outlook. MARC declined to comment when contacted by The Edge.

Notably, the EPC consortium has provided guarantees for completion delay and performance shortfalls that cover these liabilities.

Nonetheless, any delays would be painful for the project, because the cash flow from operations is needed to service borrowings. Interestingly, although the construction will be carried out over four years, Jimah East plans to raise RM8.4 billion in sukuk by the end of November.

The lead arranger and underwriter for the sukuk issuance is AmInvestment Bank, which declined to comment when contacted.

Note that the average profit rate (or coupon rate for conventional bonds) for the sukuk is 6.27%, with maturities ranging from 5.5 years to 23 years. Bankers familiar with the deal say that the sukuk is being priced at a premium of approximately 30 basis points above a comparable yield curve of similar rating.

Interestingly, the issuance is primarily being taken up by investment banks that will then sell it on for a spread to the secondary market. While not common, this practice is not unusual. It reduces the risk that the issuance will be undersubscribed during book-building.

Another interesting aspect of the issuance is the fact that Jimah East will be paying some RM325 million to its 70:30 parents, 1MDB and Mitsui, as so-called “development costs”, once the sukuk is issued.

The IM defines “development costs” as “all costs incurred by 1MDB and Mitsui of an amount up to US$100 million leading to the successful award of the project (Project 3B) to the project company (Jimah East) and which costs shall be reimbursed”.

1MDB has clarified that it only spent RM8 million bidding for the project but argues that the RM325 million is “for the development work done by the sponsor (1MDB and Mitsui) to bring the project to realisation from the bid process all the way through to plant operation”.

Nonetheless, the fact that Jimah East’s parents are extracting such a hefty sum of borrowed funds from the company at such an early stage does raise the eyebrows of investors.

After all, Jimah East has to service the interest on that sum of money for the next four years until operations start.

Furthermore, Jimah East will be part of 1MDB Energy’s IPO, which will be challenging due to the low yield of the other assets involved. Based on the cash flow projections in the IM, the internal rate of return on Jimah East is not that high either, at 6% to 7%.

Extracting RM325 million ahead of the IPO only makes potential investors wonder which is more important to 1MDB — the cash today, or valuations when it goes to market.

Interestingly, 1MDB is only expected to retain less than 30% in the listed entity while Mitsui is expected to sell the bulk of its stake in Jimah East to Tenaga. 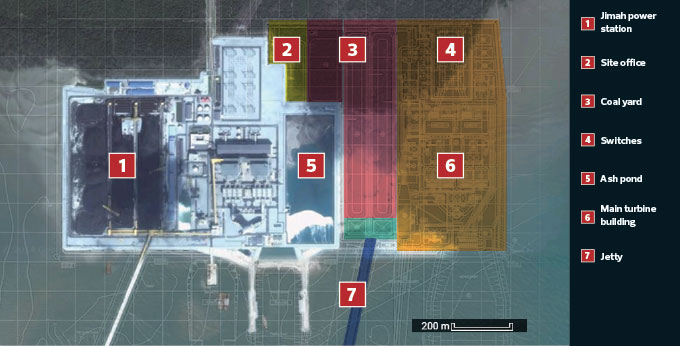