Disinfection, sanitisation exercise to continue after CMCO is over - Fire DG 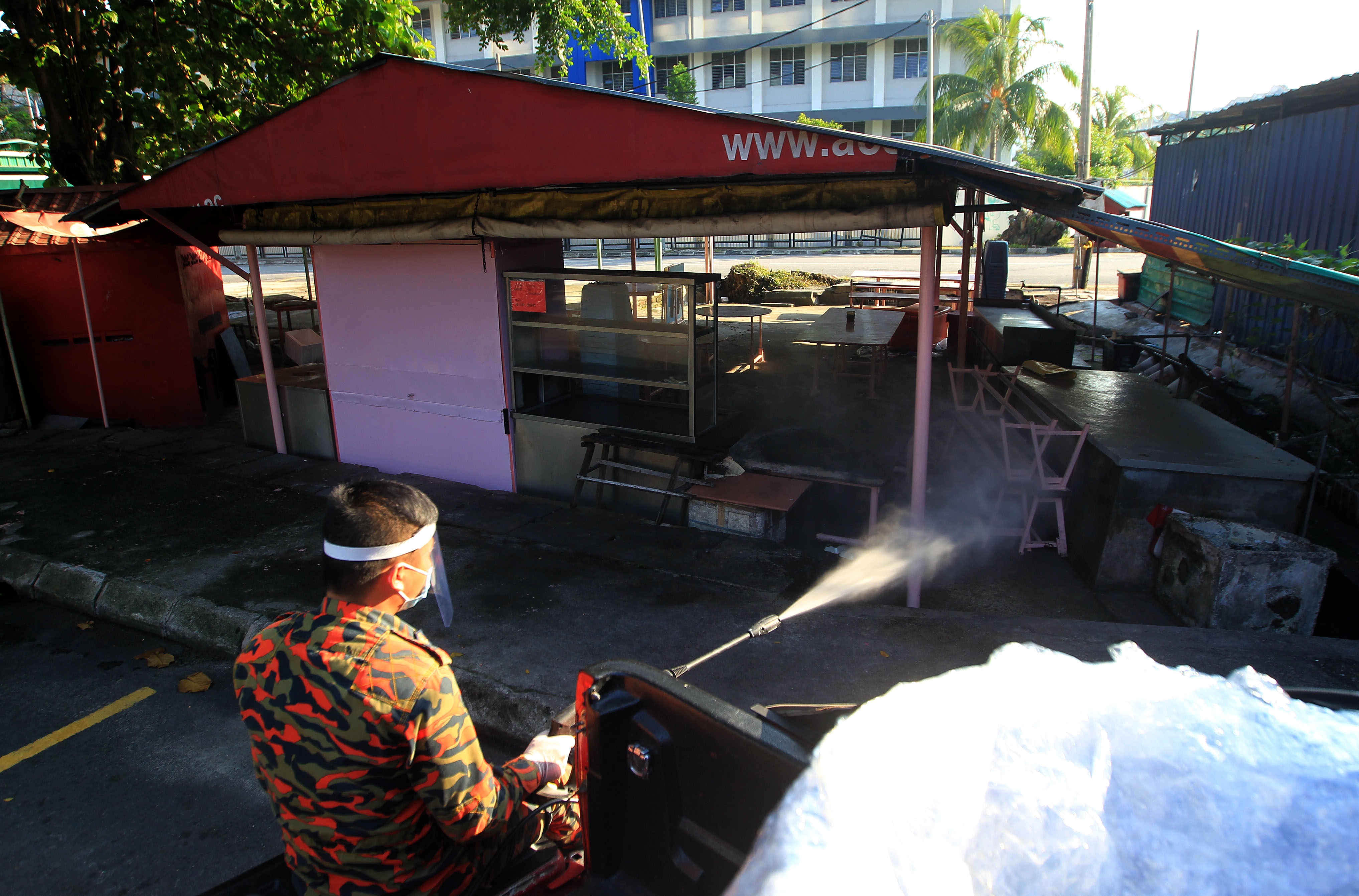 PUTRAJAYA (May 22): The Malaysian Fire and Rescue Department (JBPM) will continue disinfecting and sanitising public areas even when the Conditional Movement Control Order (CMCO) is over.

Its director-general Datuk Mohammad Hamdan Wahid said JBPM would conduct such operations once the Health Ministry has identified buildings that are at risk of COVID-19 transmission.

"God willing our fire personnel will go to the COVID-19 focal points of these buildings which we believe are at high risk," he said during a video conference with frontline workers involved in the fight against COVID-19.

Mohammad Hamdan said the department had started the disinfection and sanitisation exercise since February.

On the allocation for the department, he said the amount provided was sufficient adding that JBPM also received donations from Government agencies and non-governmental organisations.

Currently and during the Movement Control Order Immigration has been working with the National Disaster Management Agency (Nadma), the Royal Malaysia Police and the Malaysian Armed Forces in managing Malaysians from abroad.

“These people would be screened by MOH personnel and subsequently taken to the designated quarantine centres,” he said.

Khairul Dzaimee said during the MCO, the situation at the country's entry points had been relatively quiet as people were not allowed to travel overseas.