Discussion on Sabah oil royalty to take place after Sarawak's 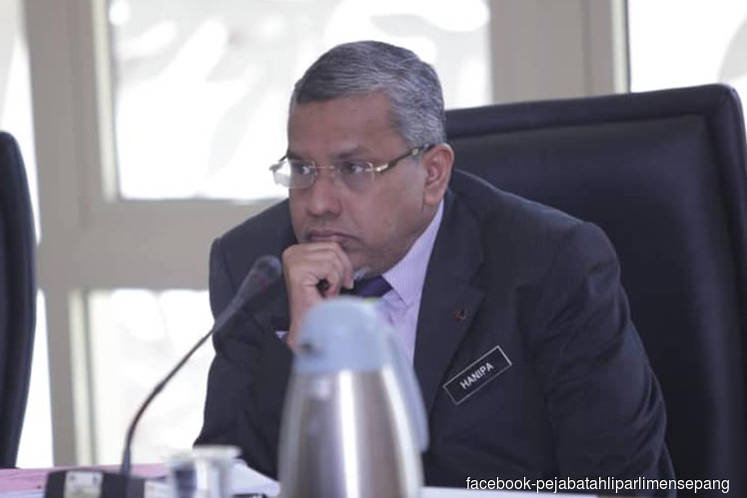 KUALA LUMPUR (April 1): The discussion with the Sabah state government on the state's oil royalty will be conducted upon conclusion of talks with Sarawak, said the Ministry of Economic Affairs (MoEA).

"On Dec 17, 2018, the Pemandu (Performance Management and Delivery Unit) special committee on MA63 (Malaysia Agreement 1963) recommended the oil royalty issue to be discussed in a separate forum as it is complex and involves many stakeholders.

"On March 5, the committee decided to use the ongoing forum between Petronas and the Sarawak state government which discussed commercial settlement," said Hanipa.

Participants of the discussion comprise MoEA, Ministry of Finance, the Attorney-General's Chambers, Petronas, the Legal Affairs Department in the Prime Minister's Department as the secretariat, as well as the Sarawak and Sabah state governments respectively.

The forum, Hanipa said, will be jointly chaired by Economic Affairs Minister [Datuk Seri Mohamed Azmin Ali] and the Chief Minister of Sabah [or] Sarawak.

The results of the discussion will be forwarded to the Pemandu special committee on MA63 for further deliberation, he added.

The Cabinet's special committee was set up to review the implementation of MA63. An interim report is expected to be presented to the Cabinet in April, before a full report is submitted in June.

Sabah and Sarawak have been asking from the federal government an oil royalty of 20% — taken from topline numbers — under the Pakatan Harapan's election manifesto for the 14th General Election, as opposed to 5% presently.

In July last year, Prime Minister Tun Dr Mahathir Mohamad said the 20% oil royalty will come from profit, not revenue, prompting critics to argue the method as profit-sharing, and not royalty, is practised presently.

The Sarawak state government has also sabre-rattled and sought for full control of its oil and gas (O&G) resources under MA63, while Petronas argues that it is the sole regulator of the resources in the country under the Petroleum Development Act 1974 in the Federal Constitution.

In August last year, Petronas said it is in active discussion with Sarawak's state-owned O&G company Petroleum Sarawak Bhd on the working arrangement over the O&G resources in the state. The grace period is until end-2019, according to reports.