Directionless for the next week 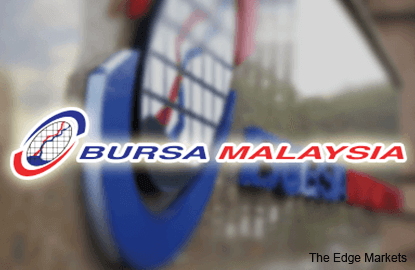 The FBM KLCI rose to a month high last week as it climbed above the immediate resistance level at 1,660 points. The index went as high as 1,692 points but was unable to sustain after the ringgit started to weaken again and crude oil prices fell. The index bucked the regional market indices trend. The KLCI declined 0.7% in a week to 1,635.37 points yesterday.

Markets in Asia rebounded but the movement in the past week was volatile and generally directionless. China’s Shanghai Stock Exchange Composite Index rebounded and increased 6% in a week to 3,186.32 points. Hong Kong’s Hang Seng Index increased 1.6% to 21,796.58 points. Singapore’s Straits Times rose 0.9% to 2,868.47 points. Japan’s Nikkei 225 index increased 0.2% to 18,070.21 points last Friday. The market is closed for holidays from Monday to today.

The US dollar rebounded and strengthened against major currencies. The US dollar index rose from 95.4 points a week ago to 96 points on Monday. Despite the stronger US dollar, the gold price rebounded. Comex gold rose 2.3% in a week to US$1,133.20 (RM4,861.42) an ounce. WTI crude oil increased 5.9% in a week to US$46.72 per barrel. The price movement in the past two weeks was directionless. Crude palm oil on Bursa Malaysia continued to increase 1.7% in a week to RM2,183 per tonne yesterday.

Technically, the KLCI is bullish in the short term, above the 30-day moving average. However, the index is below the long-term 200-day moving average and failed to break above the Ichimoku Cloud indicator. The Cloud is still narrow and this indicator indicates that the KLCI is expected to be directionless in a correction at least for one more week as the Cloud thickens again.

Momentum indicators like the RSI and Momentum Oscillator are declining, but still above their mid-levels. The MACD indicator is also above its moving average. This indicates that the trend is still bullish but the momentum is weakening. Furthermore, the index is still above the middle band of the Bollinger Bands. However, the bands stopped expanding and this shows that the momentum is weakening.

The weak momentum shows that the KLCI has been in a correction in the past week. It is currently on a crucial support level for the short term uptrend and a break below the immediate support level at 1,620 points indicates that the sentiment has turned bearish and further downside is expected. The index may fall to the next support level at 1,570 points if the immediate support level is broken. The market is expected to continue trading sideways if the index is able to stay above 1,620 points. As the ringgit started to weaken again, it is probably time to look at export-oriented companies. 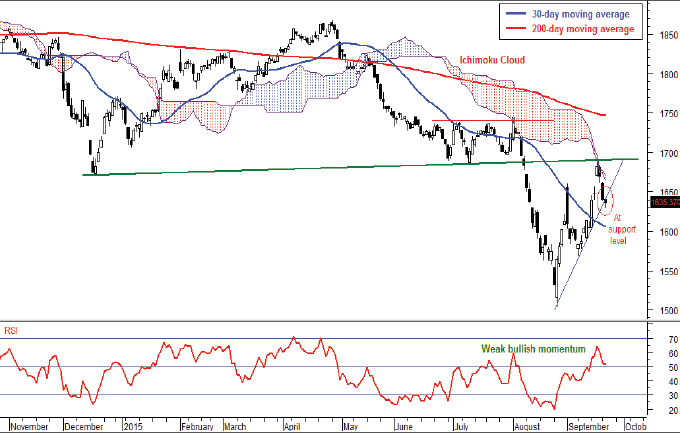