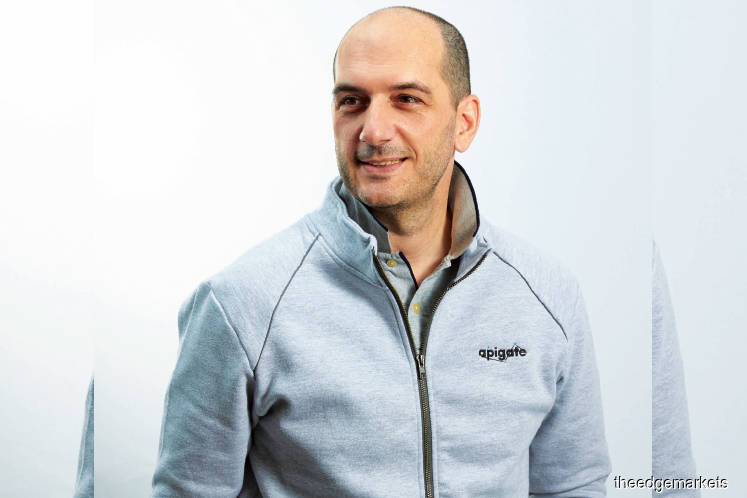 Everybody is talking about digitalisation. But the reality is that there is no end point to this; it is an ongoing process. > Vasiljev

Mobile network operators (MNOs) need to be future-ready. Evidence shows that digitalisation has disrupted their industry and if they do not monetise their businesses in time, they may be rendered obsolete, says Apigate Sdn Bhd CEO Zoran Vasiljev.

He tells Enterprise that MNOs have been investing to create more capacity in their networks and subsequently offer better packages and services in the hope that consumer monetisation will grow proportionately. But this has not been the case.

The MNOs had predicted that what people were willing to pay for data and data plans would continue to drop and reach an all-time low by 2025. However, this has already happened.

“There is not much time left to monetise [their businesses]. MNOs need to start capturing some value here before they lose out. If they think they have a couple more years left to come up with a platform or monetisation strategy, they do not. They need to do it now,” says Vasiljev.

Considering that most people in Southeast Asia have led digital lives, it is important for those building digital businesses to have a single integration platform that allows them to integrate quickly with MNOs to reach consumers. In a typical scenario, each digital business — be it video streaming, gaming or financial technology (fintech) — will have to go out and acquire individual MNO connections and integrations. This will take a lot of time and money, which is a source of major friction for both parties.

Vasiljev says MNOs are continuously looking for ways to monetise their businesses further and retain the revenue that they get from current subscribers, who mostly use data today. This simply means that they want to keep customers satisfied so they do not switch to another operator. So, the prevailing challenge is to find new sources of revenue, which is usually some form of mobile entertainment.

For digital merchants, customer acquisition is a challenge, especially if they are entering a country or market they are not familiar with. Hence, marketing expenditure for the first few years may not be very structured, says Vasiljev. There is also the challenge to authenticate customers because some consume digital content by creating decoy accounts.

“We have built an environment and ecosystem that will allow digital trailblazing, meaning companies and MNOs can reach digital monetisation faster. Everybody is talking about digitalisation. But the reality is that there is no end point to this; it is an ongoing process. So, while somebody is stuck in digitalisation, they are forgetting to monetise it,” says Vasiljev.

Apigate has managed to build a monetisation platform where on one end, it has signed up several MNOs and on the other, it is constantly bringing in new digital merchants. This benefits both parties — MNOs have access to content that can help them retain customers while digital merchants can scale faster and more effectively.

“Through the way we have connected, we are looking for the easiest and best way for MNOs to find new sources of revenue. This is done by connecting them to digital merchants so that there is seamless integration that allows them to deliver content and eventually charge customers,” says Vasiljev.

Apigate, a wholly-owned subsidiary of Axiata Digital Services Sdn Bhd, was initially set up as a department in the company to help manage Axiata’s telecommunications business. In 2017, it was restructured as a subsidiary that focused on the development, management and monetisation of application programming interfaces (APIs).

APIs allow software and applications to communicate seamlessly in the background and are an important part of digitalisation. An example would be when you use your Facebook or Google account to log into games and services as a means of authentication.

Apigate’s headquarters is in Kuala Lumpur. It also has a presence in places such as Colombo, Mumbai, Shenzhen, Singapore, San Francisco and Croatia. The company plans to have a presence in Latin America soon.

Apigate is hoping to be profitable by 2021 and is looking to become the first Malaysian unicorn with a targeted gross transaction value of US$200 million by the end of this year.

“In the case of payment transactions, the amount the user pays is split. But for someone who utilises a different API, like an authentication API, it is calculated per API call. There is a price charged each time an API is triggered and data is sent back and forth,” says Vasiljev.

He says another friction it removed was an initial integration fee because Apigate wants to have as many merchants as possible connected to the platform. Having been spun off from Axiata, its strength is in servicing MNOs and their customers.

“We approach MNOs and say, ‘Hey, we have this great catalogue of new partners that have just integrated this week. Would you like to monetise with them?’ We want to be totally frictionless. So, the moment you see value in the platform in a region we are covering, you can be up and running in a few days,” says Vasiljev.

This model also allows Apigate to integrate with small and medium enterprises as well as multinational corporations as it seeks out merchants based on industry. “We want to own games and entertainment brands and we want to make sure that we are the platform of choice for them to monetise in regions and forge partnerships with operators that have connected with us already,” says Vasiljev.

“It is not about their size, it is about the industry, relevance and attractiveness of the service and content they bring to the MNOs. The relevance of our API stack is that merchants can use more than one service — because that is how they can grow their businesses and meet targets, just like how MNOs are supposed to meet theirs.”

Apigate’s research shows that 95% of mobile monetary transactions are unsuccessful because there is insufficient credit in prepaid accounts, says Vasiljev. Currently, 85% of the world still run on prepaid accounts while 70% have no access to credit and will never qualify for credit transactions with a financial institution.

This is where the story began. When Apigate was still a department in Axiata, it wanted to make it possible for large groups of mobile users to make purchases instead of using payment point solutions such as credit cards and direct carrier billing.

“We saw in Asia that it was mostly a prepaid market and it was important to provide a robust payment method to those who do not qualify for bank accounts, where they can choose to have the service directly charged to their phone bills,” says Vasiljev.

“We realised that payment methods needed to be richer. So, we created a payment API that covers all of this. This way, users do not need to go anywhere or switch to another platform to make payments and continue with the content they are consuming, which allows uninterrupted usage.”

Apigate’s digital platform carries a variety of APIs that MNOs and digital merchants can choose from. The APIs are for acquisition, authentication, fraud-blocking and payments, among others. Its main aim is to deliver an uninterrupted and hassle-free experience, says Vasiljev.

An example is the friction created by registration as some users do not want to go through the hassle of signing in each time they use a service. Vasiljev noticed that users abandon services just because of that. So, Apigate enabled a single-click or background secure authentication API that produces a mobile ID generated from the SIM card, device and unique network data, which cannot be manipulated, hacked or altered.

“The moment this friction is removed, we have moved you closer to making a purchase. We let you stay in the service you are using and authenticate it without asking for too much information, after which you can continue consuming content and not be deterred from spending more,” says Vasiljev.

Another interesting API is its lending tool, AnyPay Stretch. Using machine learning and credit scoring, combined with the data the merchant has on you as a customer, the API allows the lending of additional credit so that prepaid users can complete a game or consume an entertainment service they have already started.

“For example, if a gaming company knows you have been playing its games for three months and knows you are loyal, it will give you credit to purchase something in-game, thus creating an uninterrupted experience,” says Vasiljev.

“The operator data also exists because, for example, the operator can see that the user has been using its services for 11 years and continuously tops up every three weeks, thereby demonstrating creditworthiness. By combining these two pieces of information, a credit score gets assigned to you so that when you are in a situation where you run out of credit, you will be granted a credit extension for an amount based on your score.”

This API aids in user retention for both the merchant and MNO because in some cases, a user may swap a SIM card or use credit they have available on another network. The lending API experience ends when a user tops up and Apigate claws back what was lent to the user.

“This is a financial inclusion story because it helps provide seamless financial assistance. If we successfully collect this back from you, you will probably qualify for more. Every time we get the money back, your creditworthiness increases and you can borrow more in a similar situation in the future,” says Vasiljev.