Digital Creative: Setting up a professional platform for artists 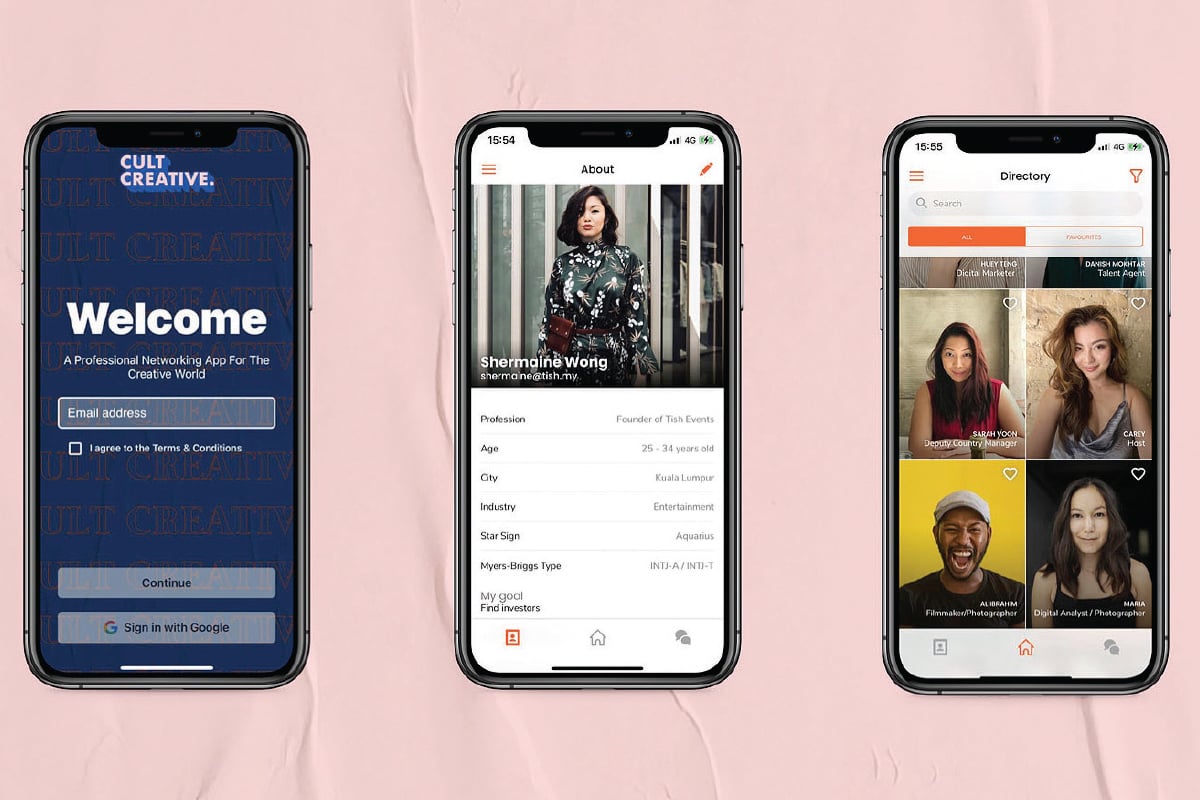 In June last year, an infographic of survey results from Singapore’s The Sunday Times circulated on social media. The graphic indicated that 71% of respondents believed that the most non-essential job is that of an artist (or creative). Predictably, creatives in Malaysia and across the Causeway were infuriated.

Lina Esa, co-founder and editorial director of Cult Creative, was retrenched from her publishing job during the pandemic. She says many people deem creatives non-essential without realising how many things cannot be done without such a person.

Lina says this is especially true for businesses that want to stand out and be noticed. “They would be nowhere without us. This includes branding, marketing, UX (user experience) and UI (user interface) design development and community managers. All these roles have creative aspects; there is always something that a creative brings to the table to enhance a business or brand.”

In fact, according to The Malaysian Reserve, Malaysia’s creative industry contributed 2% to the country’s GDP over the last five years and employs about one million people.

But there was no real platform to bring to the forefront the professional side of art. Most artists rely on free platforms or social media such as Instagram, Facebook, Pinterest, Tumblr and Deviant Art to showcase their materials. While these platforms are great, they lack the professional finish of platforms such as LinkedIn. (From left) Lina, Wong and Manisha set up Cult Creative during the MCO last March to galvanise the Malaysian creative community

Lina and her two co-founders set up Cult Creative during the Movement Control Order (MCO) last March to galvanise the local creative community, as it was one of the most affected during the Covid-19 pandemic.

Manisha Jagan, its co-founder and chief marketing officer, was one of those interviewed for her role as the founder and managing director of MTalent Asia, a boutique agency that manages creative talents.

“Manisha, Lina and I connected well, and so we came up with the idea of a digital platform to empower creatives with knowledge and resources. We also didn’t like being labelled as non-essential, so we took matters into our own hands to try and lead the community into creating something for the future,” Wong shares.

There is no hard and fast definition of a creative, Wong emphasises. It can be those who create content for a living, such as music, film, videography, photography and even the culinary arts, or it can also be a corporate banker with a secret passion for painting.

The platform is merely a tool to connect like-minded peers and industry leaders so that everyone can learn, grow, fail and try again together. “We believe the creative process is a wave, with ups and downs, and we wanted to provide a platform for like-minded people to share their experiences,” she says.

From creatives to techies

Wong, who is also the founder and managing director of Tish Events, saw the events industry come to a standstill last year. Instead of idling her time away, she decided to learn a new tech skill. She searched online and found a three-month coding boot camp to learn how to build an application without coding skills.

“A lot of people [at the course] were not coders. They just wanted to solve a pain point. For instance, there were nurses and some others who wanted to develop an app for frontliners,” she says. With these skills in hand, Wong led the development of Cult Creative’s web app, which is built on Google Sheets. “All you need to do is input the data in Google Sheets. If you want a new tab for the website, then you create a new tab on the sheet. Any changes with the data on the sheet will immediately be reflected on the web app in real time.”

Since the Google Sheet is embedded onto the backend system of the website platform, Wong says most of the data is stored on Google Cloud, including photos and videos uploaded to the platform. So, as long as you have a good internet connection, you can access the web app.

Meanwhile, Manisha brings to the table her four-year experience of working at now-defunct Groupon, where she onboarded merchants that wanted to showcase deals on the site as well as recruited talent for the company. This job is similar to what she has to do for Cult Creative, says Manisha, which is to get people interested in the web app.

The trio launched a PitchIN rewards page, where people can purchase multiple packages and subscriptions ranging from RM35 to RM10,000. With the money raised, they will develop a downloadable mobile app and upgrade their website.

“We have a digital mentorship programme, a virtual workshop, panel discussions and a hybrid event planned for 2021 so that all the creatives in the country have the opportunity to meet and network,” says Wong.

Manisha says they also have a mission to educate brands on the types of creatives out there, so that both sides will find the right partners to collaborate with. “Many brands don’t realise that every graphic designer has a different eye and it’s important to pick someone who fits in with their particular brand.”

The app will also soon feature a directory as well as a tab for people to put up jobs and projects for creatives to choose from. Wong adds that they are also looking to add on a payment gateway to the website so people can subscribe to the platform easily. From there, they will be looking to develop a marketplace in which creatives can sell their pieces and transact online.

As for their expansion plans, Manisha says they have already received enquiries from creatives in Singapore.

She says: “We’re working to expand beyond Malaysia because neighbouring countries are interested. Hopefully, we will get to expand sooner rather than later but, for now, we want to focus on spreading our reach on home ground.”