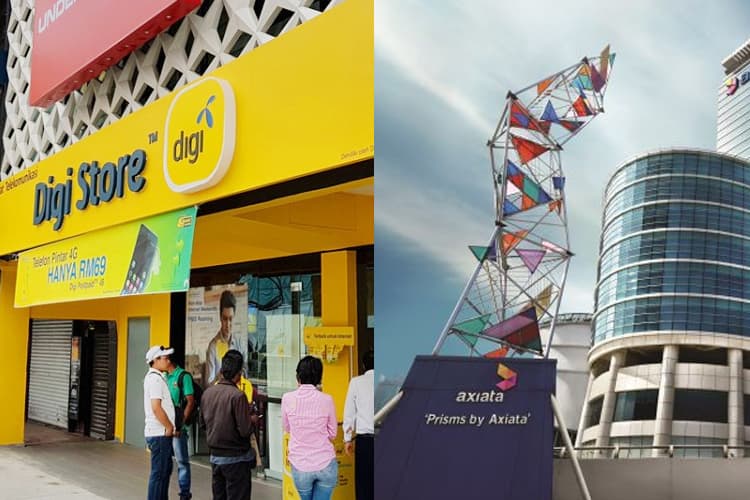 KUALA LUMPUR (May 6): Trading in the shares of Axiata Group Bhd and DiGi.Com Bhd has been suspended, pending the release of a material announcement.

According to separate bourse filings this morning, both telecommunications companies (telcos) said they had suspended their share trade from 9am till 5pm today.

Both telcos applied for a suspension in trading from Bursa Malaysia, and have been given a temporary trading suspension pending their announcements.

"Axiata wishes to announce that Bursa Malaysia Securities Bhd has approved the company's request for a suspension in the trading of the securities of the company on the Main Market of Bursa Securities with effect from 9.00am to 5.00pm on May 6, 2019 pending the release of a material announcement," said Axiata. DiGi released a similar announcement as well.

In terms of analyst coverage, according to Bloomberg, DiGi has 27 trading calls: five buy calls, 14 hold calls and eight sell calls, and a 12-month target price (TP) of RM4.46.

Meanwhile, Axiata had 29 trading recommendations: 11 buy calls, 17 hold calls and one sell call, and a target price of RM4.47.

The Edge Financial Daily reported today that Axiata, which owns Celcom Axiata Bhd, is in talks with Norwegian telco Telenor Group, which maintains a 49% stake in DiGi, to possibly merge their operations in Asia.