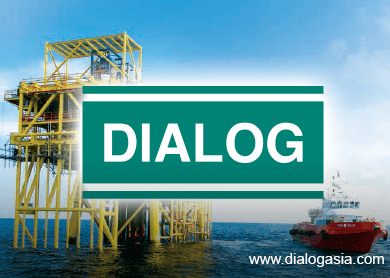 KUALA LUMPUR (Dec 22): Dialog Group Bhd rose eight sen or 5.4% to a high of RM1.55 today after the company signed an agreement with Petroliam Nasional Bhd (Petronas) and Royal Vopak NV to jointly build an oil and gas terminal in Johor.

The proposed Pengerang Terminal Phase 2 will have a storage capacity up to 2.1 million cu m for crude oil and downstream products such as petrochemicals and liquefied petroleum gas upon completion.

Analysts are optimistic on Dialog's outlook. Kenanga Investment Bank wrote in its note today it was positive on the phase 2 project despite Dialog’s 25% shareholding in the project being lower than expected.

Dialog's announcement said Petronas and Vopak will have 40% and 25% respectively in the project while the Johor state government will own 10%,

According to Kenanga, there will be two income streams from this agreement for Dialog. They comprise engineering, procurement,construction and commissioning (EPCC) work and recurring income from the storage tanks once the project starts.

“We have assumed that the EPCC contract will have more material impact for Dialog’s financial year ending June 30, 2016 (FY16), generating a revenue of RM1.38 billion and we expect Pengerang Phase 2 to contribute 27 sen to its sum of total parts, assuming a debt to equity ratio of 60:40 and weighted average cost of capital of 6.1%” said Kenanga.