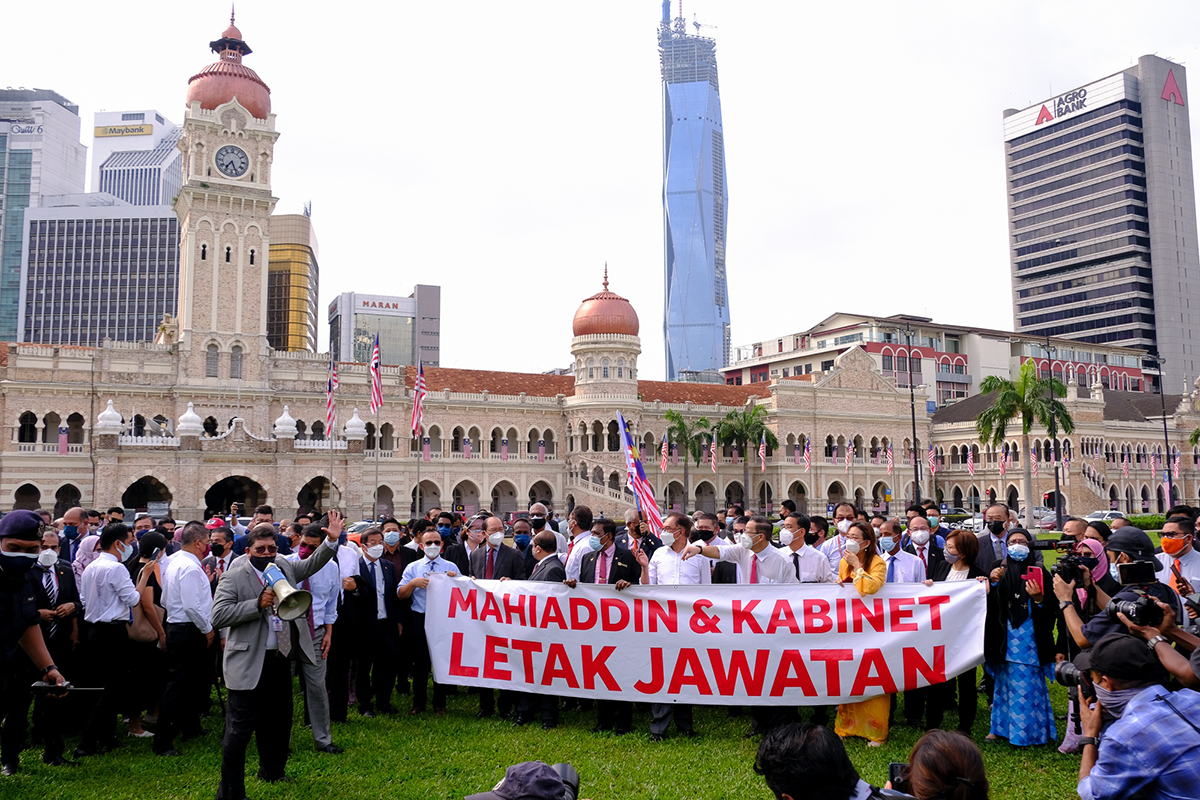 KUALA LUMPUR (Aug 2): Major roads leading to the Parliament building in Kuala Lumpur have been closed, while opposition Members of Parliament (MPs) were prevented from entering Dewan Rakyat.

Dewan Rakyat was ordered shut for two weeks from July 29 after Covid-19 cases were detected among attendees last week.

After being prevented from entering Parliament by police, several opposition lawmakers from PKR, DAP and Amanah instead gathered at Dataran Merdeka.

Calling for the resignation of Prime Minister Tan Sri Muhyiddin Yassin, the opposition MPs criticised the move by the ruling government led by Muhyiddin to revoke the Emergency Ordinances despite denial by Yang di-Pertuan Agong that he had given his consent to the revocation.

The MPs then proceeded to Dataran Merdeka.

Using loud hailers, the MPs stressed that the government led by Muhyiddin had acted in bad faith.

Anwar said the government had disobeyed the wishes of the King as well as disregarded the public, and thus must resign.

Meanwhile, Shafie said the Dewan Rakyat Speaker had undertaken that questions about the Emergency Ordinances will be answered today.

"But Parliament is shut, using Covid-19 as an excuse.

“Legally, we have the right to be in Parliament," he said.

Yeoh, meanwhile, tweeted that the opposition MPs planned to debate the emergency proclamation and its ordinances in Dewan Rakyat but were blocked by police.

"An MP with a walking stick, [another] seven-month pregnant as well as those aged above 90 came along. This is our duty," she said.