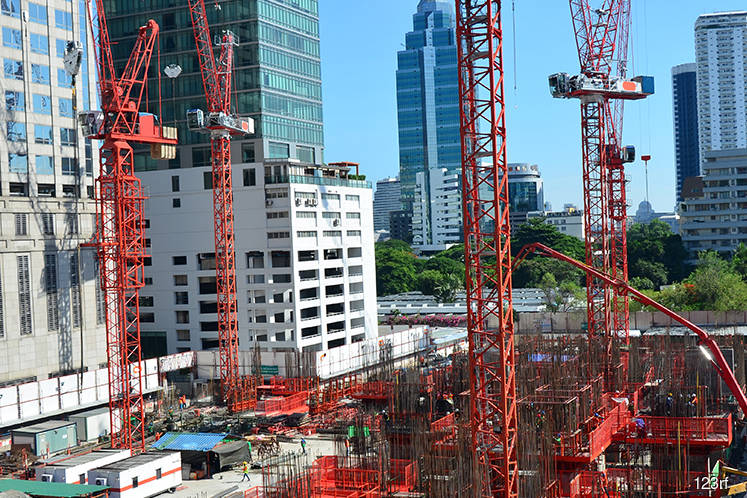 KUALA LUMPUR: Plenty has been said about the industrialised building system (IBS) in Malaysia over the years, but adoption in the private sector remains slow as developers lament they have been caught in a Catch-22 situation.

For while the government is pushing for greater adoption of IBS on one hand, which requires a high start-up cost, it is also urging developers to lower property prices at the same time, in the face of the affordable housing conundrum.

According to the Construction Industry Development Board, adoption in the private sector stood at 35% as at January this year, while the target set to be achieved by 2020 — which is just 10 months away — is 50%.

In contrast, over 70% of government projects have adopted the system, an achievement boosted by the requirement that projects exceeding RM10 million must have a minimum IBS score of 70.

Paramount Property Development Sdn Bhd chief executive officer Beh Chun Chong told The Edge Financial Daily that the key issue for developers in adopting IBS is that most developers do not have the economies of scale to effectively use the construction system, which in turn increases development cost.

Country Garden Pacificview Sdn Bhd, for example, uses IBS intensively in the Forest City development and even set up its own facility for the particular project. The company, which is a unit of one of the largest developers in China, managed to complete several buildings under the development within three years — a testament to the efficiency that can be achieved with IBS.

It is possible for Country Garden to take advantage of the cost and time savings due to the hundreds of thousands of units planned for the entire project. But it is a different story for smaller developments and developers.

“If a developer has a standalone project on a plot of land with one or two buildings, it would be about 15% more expensive to construct the project with IBS.

“On the other hand, the Malaysian residential market is facing an affordability problem currently and developers have been asked to lower their selling prices. One of the biggest cost components in developing property is the construction cost, so it would be difficult to use IBS while also keeping prices low,” said Beh.

“As it is, there is a greater urgency to reduce the price of homes rather than adopting IBS, which could increase prices instead,” he added.

The works ministry previously suggested that private companies bundle their projects to achieve economies of scale by collaborating with the ministry of housing and local government.

Beh thinks the ministry’s suggestion might work, so Paramount is aiming to do just that going forward. While Paramount has yet to adopt IBS in its projects, Beh agreed that the system does bring benefit to the industry in terms of labour cost savings.

Hence, the company is now looking at standardising the units of different developments in order to achieve economies of scale.

“If we have a better grasp of what kind of units are in demand, in terms of size and specification, we can standardise our units so we could replicate similar units in different projects.

“In order for IBS to be adopted in a meaningful way, early planning is needed. It needs to begin from the designing stage. As soon as a developer acquires a piece of land, they must already have IBS in mind,” Beh said.

Adoption, said Beh, will definitely increase in the coming years amid the worker shortage issue. “But currently, standalone developers can’t do it yet. The cost of hiring manual labour currently is still cheaper than using IBS,” he said.

MGB Bhd, which has partnered Sany Construction Industry Development (M) Sdn Bhd to set up a precast concrete plant, said the demand for IBS components and adoption has been increasing over the years, albeit at a rather slow rate.

“The slow adoption is related to the high set-up cost and low demand. Industry players are still opting for conventional construction. As the cost of labour is rising, it is a good time to adopt IBS as it would require less labour.

“With the increasing familiarity and demand, the cost would also be lower in the future,” said Tan Sri Lim Hock San, the group managing director of MGB as well as its parent, LBS Bina Holdings Sdn Bhd.

Asked if there should be any incentives given to developers to encourage adoption, Lim said no need as he believes demand for IBS will gradually increase. Having said that, he acknowledged that incentives could speed up adoption.

Gamuda IBS Sdn Bhd general manager Tan Ek Khai said the government’s policy of reducing reliance on foreign workers and the need to cleanse the workforce of illegal foreign workers will be the key driver of IBS adoption.

Gamuda IBS currently can produce up to 10,000 IBS-built units per year following the completion of its second IBS facility in Banting last year to complement its first plant in Sepang, which has been operating since 2016.

He said the use of a fully integrated digital system — combining the use of building information modelling and IBS to provide a smooth end-to-end process of property development — could reduce reliance on foreign workers by 70% and bring local Technical and Vocational Education and Training back into the industry.

“This demand for IBS comes naturally when it remains the best way to build, like in Europe and Singapore. Gamuda IBS stands ready to work with all developers to realise the future of homebuilding,” he said.