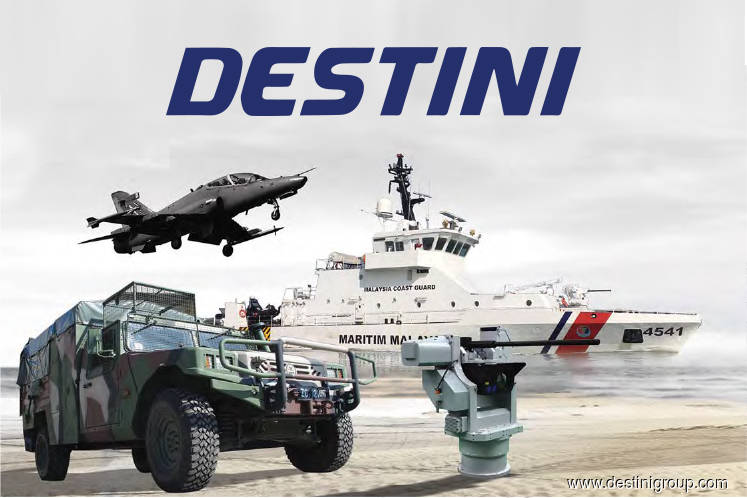 Based on its filing with the bourse today, the engineering group intends to issue up to 231.05 million shares for the placement exercise, representing up to 20% of the total number of issued shares in Destini.

Based on an indicative issue price of 21.5 sen per placement share, the exercise is expected to raise RM49.67 million in proceeds, of which RM21 million will be used to repay bank borrowings.

Meanwhile, RM22 million will go towards funding its existing projects, RM5 million for new projects, while RM1.39 million has been earmarked for general requirements.

The balance of the proceeds will be used to cover the estimated expenses for the private placement.

"The group has been using its internally generated funds and bank borrowings to fund the capital expenditure and other related costs of its existing projects. The proceeds raised from the proposed private placement will provide additional funds for the group to continue to fund those projects, which are generally capital intensive in nature," it added.

Upon completion of the exercise, the group's total share base will increase to 1.39 billion shares from 1.16 billion. In line with the increase in shares, its share capital will increase to RM432.48 million from RM382.81 million.

Its total borrowings is expected to be reduced to RM115.1 million from RM136.1 million, after the repayment of its bank borrowings, translating to a lower gearing ratio of 0.21 times versus 0.27 times as at Dec 31, 2018.

"Barring any unforeseen circumstances, the proposed private placement is expected to be completed by the fourth quarter of 2019," it said.