WHICH of the world’s regions will top travellers’ lists in 2015? Travel websites and guidebook publishers have delivered their rankings and suggestions for travellers in the coming year, and these following five destinations stand out from the crowd.

Vietnam
The country declared 2015 its national year of tourism. Special events and shows for tourists will be held at the country’s monuments and cultural heritage sites such as the imperial fortress of Thang Long. Da Nang, a city between Hanoi and Ho Chi Minh, topped TripAdvisor’s list of the best destinations for 2015. With its Buddhist sanctuaries and beautiful beaches, the city is winning over increasingly more members of the website’s travel community.

Namibia
While South Africa has enjoyed growing popularity among tourists in recent years, the neighbouring Republic of Namibia now seems to be enjoying a similar favour, in large part thanks to its exceptional natural heritage. The nation, which will celebrate 25 years of independence in 2015, is known for its abundant wild life and numerous nature preserves, including the Etosha National Park and the Kalahari Desert.

Panama and Nicaragua
Nearby Costa Rica’s popularity seems to be spreading to these two Central American nations as well. This year Panama celebrated the centenary of its famous canal, its star attraction, while Nicaragua has just begun building its canal linking the two oceans. Untouched beaches, volcanic mountains and colonial-era towns are also among the attractions offered by these countries.

Lithuania
The Baltic nation will enter the eurozone tomorrow, making it that much more accessible to foreign tourists. Vilnius, the capital city, is a Unesco World Heritage Site where visitors will find baroque churches, charming pedestrian streets and remnants of the Soviet era. But the rest of the country is also worth the trip, such as its national parks and the landscapes of its Amber Coast and Courland Isthmus, both also Unesco heritage sites.

Belgium (Mons)
Stealing a little of the spotlight from Brussels and Bruges, both perennial favourites among tourists, Mons has been named a European Capital of Culture for 2015. Mons and the surrounding Hainaut region stand out for their rich cultural heritage, including the baroque belfry, the neolithic flint mines of Spiennes, and the more recent coal mines of Grand-Hornu. The city has renovated its cultural sites and is planning several large exhibitions and events, the most significant of which will be Le Doudou, the ancient traditional festival celebrated on May 31. — AFP 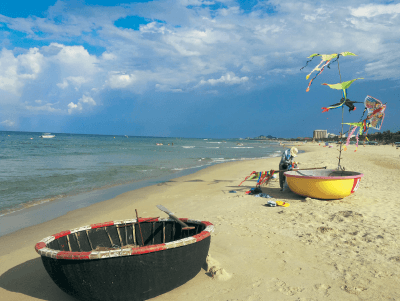 This article first appeared in The Edge Financial Daily, on December 31, 2014.