Design Works: Pushing back the boundaries of design

MITEC is one the RSP Architects’ key projects 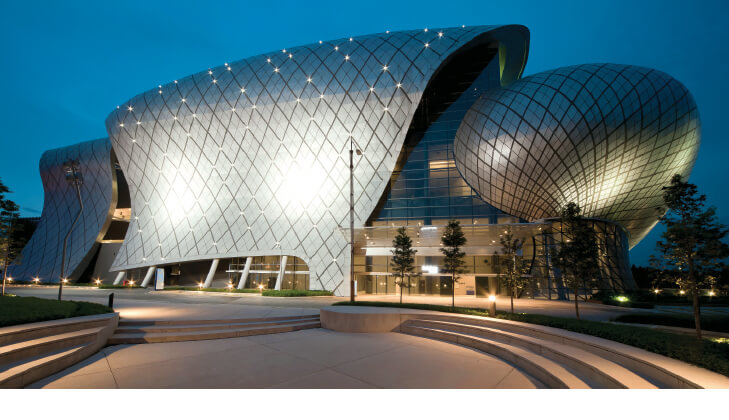 Inspired by the shape of a rubber seed, MITEC has a GFA of 1 million sq ft 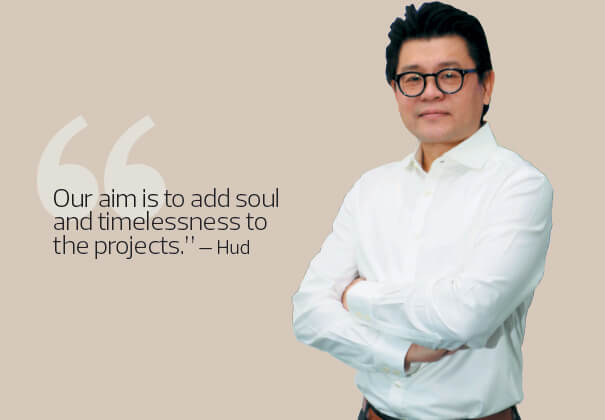 On a busy Thursday afternoon, RSP Architects Sdn Bhd director Hud Bakar leads us into his Plaza Sentral office, which is adorned with artworks and filled with natural light. He shares his insights on the industry and occassionally sifts through leather-bound notebooks on his desk to show us some of his past sketches.

“Although the firm has grown, I still sketch for my clients and present my work to them,” says Hud, 55, as he leafs through the pages of his past works.

Passionate and quick-witted, the Klang-born architect says he is still a hands-on designer, despite having a full design team, and adds that he has been in the field for 30 years. He assumed his role in the practice in 1996. “Today, RSP Architects [KL office] has a staff of 150 and I encourage the staff to participate and to hold certain [design] portfolios,” says Hud, who holds a Masters in Architecture from the University of California, Berkeley, in the US.

Formed in 1956, RSP Architects has offices in Penang, Johor Baru, Singapore, Dubai, Bangalore, Hyderabad, Mumbai, Chennai, Gurgaon, Beijing, Shanghai, Ho Chi Minh City and Hanoi. “The firm has a wide reach, and we share different experiences in these places (in terms of design, value in building, market trends and our clients),” says Hud.

Looking at RSP Architects’ portfolio, it is clear the firm maintains a modern and minimalist aesthetic with underlying cultural references and inspirations. “RSP Architects’ designs are contemporary, which means we steer clear from Roman columns, blue roofs and green roofs,” Hud laughs. “Our work is distinctive because we put more emphasis on creativity. Our aim is to add soul and timelessness to the projects.”

This signature DNA has been translated into one of the firm’s key projects — the Malaysia International Trade and Exhibition Centre (MITEC).

Sprawling over a 13.1-acre tract in Dutamas, MITEC is a luminous, sculptural, complex-looking structure. Completed in 2016, the exhibition centre is the first component of Naza TTDI Sdn Bhd’s RM20 billion KL Metropolis development, which encompasses 75.5 acres.

A confection of glass and aluminium, the exhibition centre has 11 exhibition halls and a total gross floor area (GFA) of one million sq ft, which can accommodate 40,000 visitors at a time. The building has three display floors and is said to be the largest exhibition centre in Southeast Asia. With its curved façade and pillarless interiors, it is poised to become one of the most recognisable landmarks in the city.

Hud explains the inspiration behind MITEC’s stately, elliptical design. “MITEC’s shape is inspired by the rubber seed. Essentially, MITEC belongs to a government body and its purpose is to export business and services. Rubber was [and still is] a fundamental source of income for our country so I figured it would be fitting to use it as a point of reference and inspiration. The rubber seed reference is manifested in an abstract and contemporary manner.”

There is a sense of fluidity in MITEC’s design. “Apart from the façade, we focused on the functionality of the building. Internally, it has 14m high ceilings [with about a 12-storey high void] and all three floors can hold heavy loads. This allows MITEC to host big events, concerts and so on, to attract big exhibitors and to meet their specific and large-scale requirements.”

According to Hud, the design process for MITEC took a few months. “The duration of our projects can differ as it depends on their complexity.”

He recalls some challenges in designing MITEC. “The challenge lies in the centre’s enormous scale and its lengthy span [in structure], especially being columnless. Architecturally, MITEC’s façade is meant to emulate a shell, a fraction of the rubber seed, which is a natural shape, and was quite a challenge to carve and build. Nonetheless, we managed to find a balance between the materials that we used and the construction cost.”

Hud is confident that MITEC has had an impact and will have longevity. “We focused on the design, so MITEC [and other future landmarks] will become heritage buildings for future generations. The building itself is photogenic and has been well-received. We have been getting positive feedback from stakeholders and the public.”

The firm’s other projects have stirred conversation as well. “The Malaysian Anti-Corruption Commission (MACC) headquarters, for example, has got people talking. The buildings have interesting shapes and are lifted off the ground. The complex has gained some attention since its completion in 2017. We have seen that many people are posing in front of the buildings and posting pictures on social media,” says Hud.

The firm does not confine itself to strictly contemporary-looking buildings. “While most of our projects are modern, at the other end of the spectrum, we also designed the Islamic Complex Putrajaya. We placed a lot of emphasis on light as that is the defining theme of the religion,” says Hud. The building is covered in ivory-coloured screens with geometrical motifs, a departure from RSP’s usual style.

One of the projects the practice is currently involved in is 8 Conlay. Sitting on a 3.952-acre freehold tract in Jalan Conlay, the development for KSK Group Bhd will have two towers of branded residences, a hotel tower with suites and a nine-storey retail podium with a gross development value of RM5.4 billion. “8 Conlay’s design is inspired by the Chinese character of the number 8. The design features curved towers that face in different directions,” he says. “Another notable project we are involved with is KL118.”

Sitting on 18.7 acres next to Stadium Merdeka and Stadium Negara, the tower is set to be the third-tallest building in the world upon its completion in 2020.

“We are also working on an exciting master plan at USJ 7 in Subang Jaya. It is a mixed-use development by Sime Darby Property and more details will be revealed soon,” he shares.