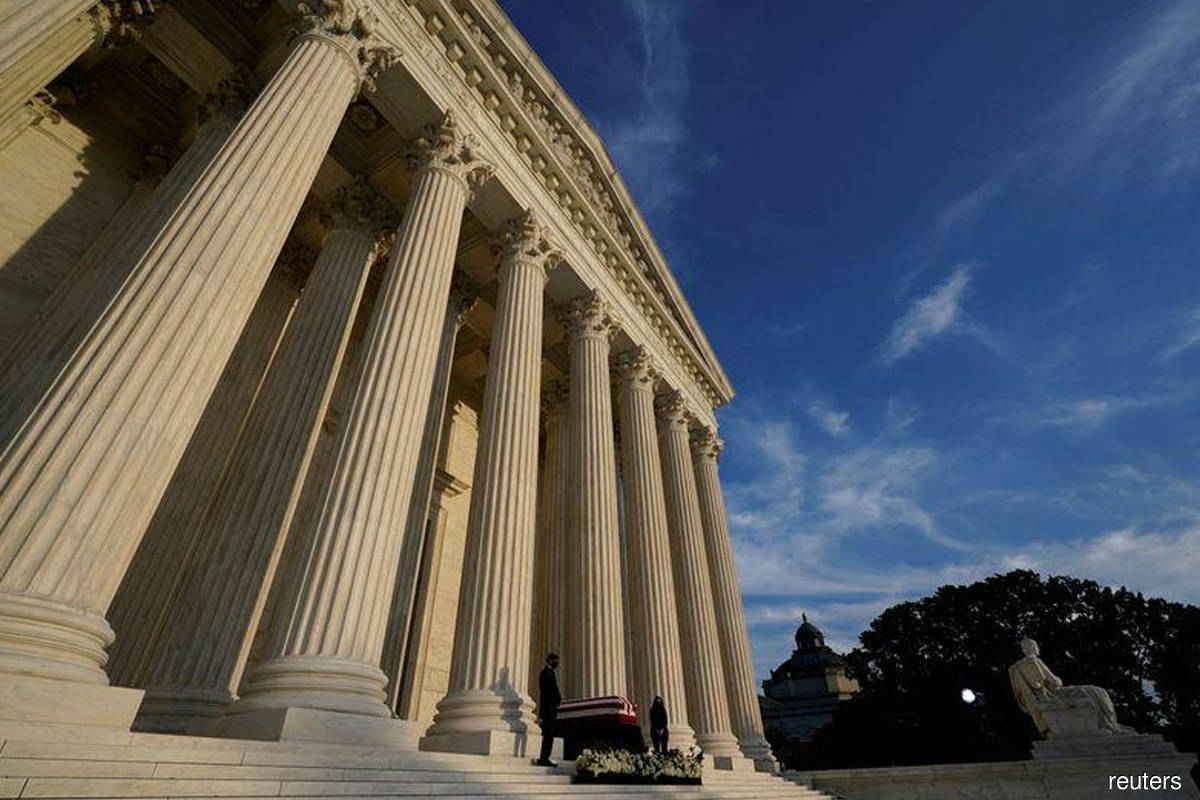 NEW YORK (Sept 25): Democrats in of the House of Representatives will introduce a bill next week to limit the tenure of U.S. Supreme Court justices to 18 years from current lifetime appointments, in a bid to reduce partisan warring over vacancies and preserve the court's legitimacy.

The new bill, seen by Reuters, would allow every president to nominate two justices per four-year term and comes amid heightened political tensions as Republican President Donald Trump prepares to announce his third pick for the Supreme Court after the death on Sept. 18 of Justice Ruth Bader Ginsburg, with just 40 days to go until the Nov. 3 election.

"It would save the country a lot of agony and help lower the temperature over fights for the court that go to the fault lines of cultural issues and is one of the primary things tearing at our social fabric," said California U.S. Representative Ro Khanna, who plans to introduce the legislation on Tuesday, along with Representatives Joe Kennedy III of Massachusetts and Don Beyer of Virginia.

Term limits for high court justices have for years had support from a number of legal scholars on both the right and the left. Several polls in recent years have also shown large majorities of the American public support term limits.

The bill - the Supreme Court Term Limits and Regular Appointments Act - is the first to try to set Supreme Court term limits by statute, according to Gabe Roth, the executive director of Fix the Court, a judicial transparency group whose campaign for high court term limits has been gaining attention.

Some legal observers, including those who favor term limits, say they must be accomplished through an amendment to the U.S. Constitution, which has been interpreted as requiring life tenure for federal judges and justices.

The bill seeks to avoid constitutional concerns by exempting current justices from the 18-year rule. Those appointed under term limits would become "senior" upon retirement and rotate to lower courts.

"That's perfectly consistent with their judicial independence and having a lifetime salary and a lifetime appointment," Khanna said.