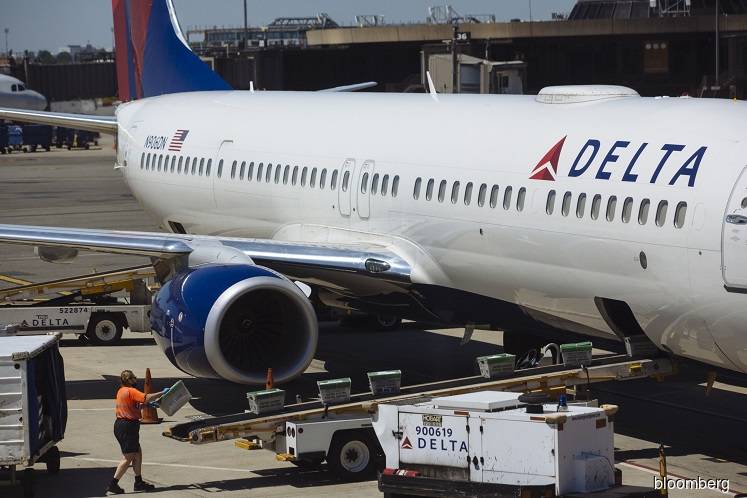 BENGALURU (June 27): Delta Air Lines said yesterday it will soon send warning notices to about 2,500 pilots regarding possible furlough at the airline as the industry takes a huge blow after the coronavirus pandemic slashed air travel demand.

"In an effort to best prepare our pilots should furloughs be needed, Delta will send required notices to approximately 2,500 pilots," a Delta spokesperson said in a statement, adding that the so-called 'WARN' notices will be sent next week.

The early-out plan is a meaningful step as the carrier is working to manage the impact of the pandemic and align staffing with expected flying demand, the company said.

A spokesperson for ALPA said after reaching the tentative agreement, Delta sent a letter, detailing pilot furloughs and early retirement option, that has been "received poorly" by the pilots.

"Early retirements alone likely won't be enough to avoid pilot furloughs altogether, the senior vice-president of flight operations at Delta, John Laughter, said in the internal memo yesterday, adding that the carrier hopes it will not have to reduce jobs involuntarily.

The airline will continue its discussions with the union on an all-inclusive agreement that would contain a no-furlough commitment for two years, Laughter said.

On Thursday, Delta chief executive officer (CEO) Ed Bastian informed employees that the company is planning to add about 1,000 flights in August but not many more for the remainder of 2020.

"While it's encouraging to see flights returning ... we likely remain at least two years away from a return to normal," Bastian said.