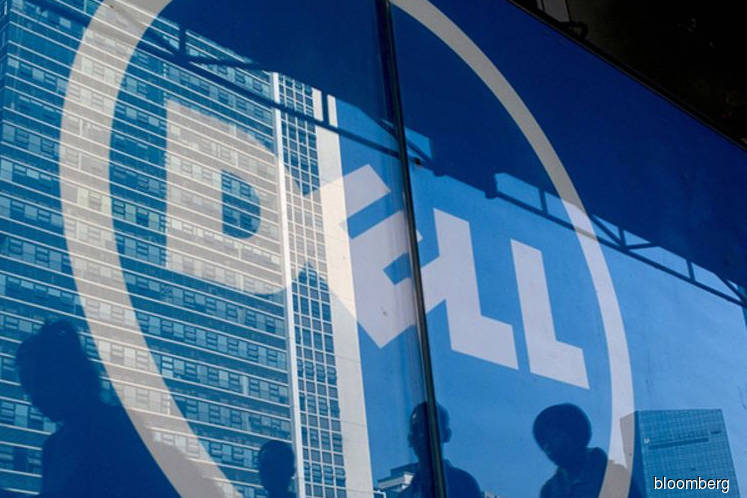 (Feb 28): Dell Technologies Inc. gave a profit forecast that fell short of Wall Street estimates, in a sign that weaker corporate demand for personal computers will take a toll on the hardware giant.

Profit, excluding some items, will be $5.90 to $6.60 a share in fiscal 2021, Chief Financial Officer Tom Sweet said Thursday during a conference call. Analysts, on average, projected $6.72, according to data compiled by Bloomberg.

Dell expects $92 billion to $95 billion in fiscal 2021 revenue. The sales midpoint topped the average analyst estimate of $93.1 billion. A surge of corporate upgrades to PCs that has fueled robust demand will probably end in the second half of the fiscal year, Sweet said.

Chief Executive Officer Michael Dell has sought to leverage the different parts of his empire to sell clients higher-value packages of hardware and software. But global economic issues, including trade conflicts, the past few months have slowed sales of equipment for data centers, particularly in China. Sweet said server demand would bounce back during the year, which will help boost the company’s overall revenue.

Unlike competitors such as Microsoft Corp. and HP Inc., Dell didn’t account for any economic effect from the coronavirus outbreak in its forecast.

“I didn’t think it was appropriate to quantify, because I’m not sure we know the full impact,” Sweet said in an interview. “We’ve been moving production and parts around. Are we at full capacity? No. We’re navigating through it based on what we know today.”

In the period ended Jan. 31, Revenue increased 1% to $24 billion, the Round Rock, Texas-based company said earlier Thursday in a statement. Analysts, on average, estimated $23.9 billion. Profit, excluding some items, was $2 a share in the fiscal fourth quarter, matching estimates.

The personal computer division gained 8% to $11.8 billion in the quarter. Commercial sales rose 10% due to corporate clients upgrading their computers to adopt Microsoft’s Windows 10 operating system. Revenue from consumers climbed 4%.

Dell said it repaid about $1.5 billion of gross debt in the quarter and $5 billion for the year. The company said it has paid down $19.5 billion in gross debt since closing its acquisition of EMC Corp. in September 2016. Dell also announced a $1 billion share buyback program over two years.