Deliveroo shaves US$1.3 billion off valuation as investors revolt 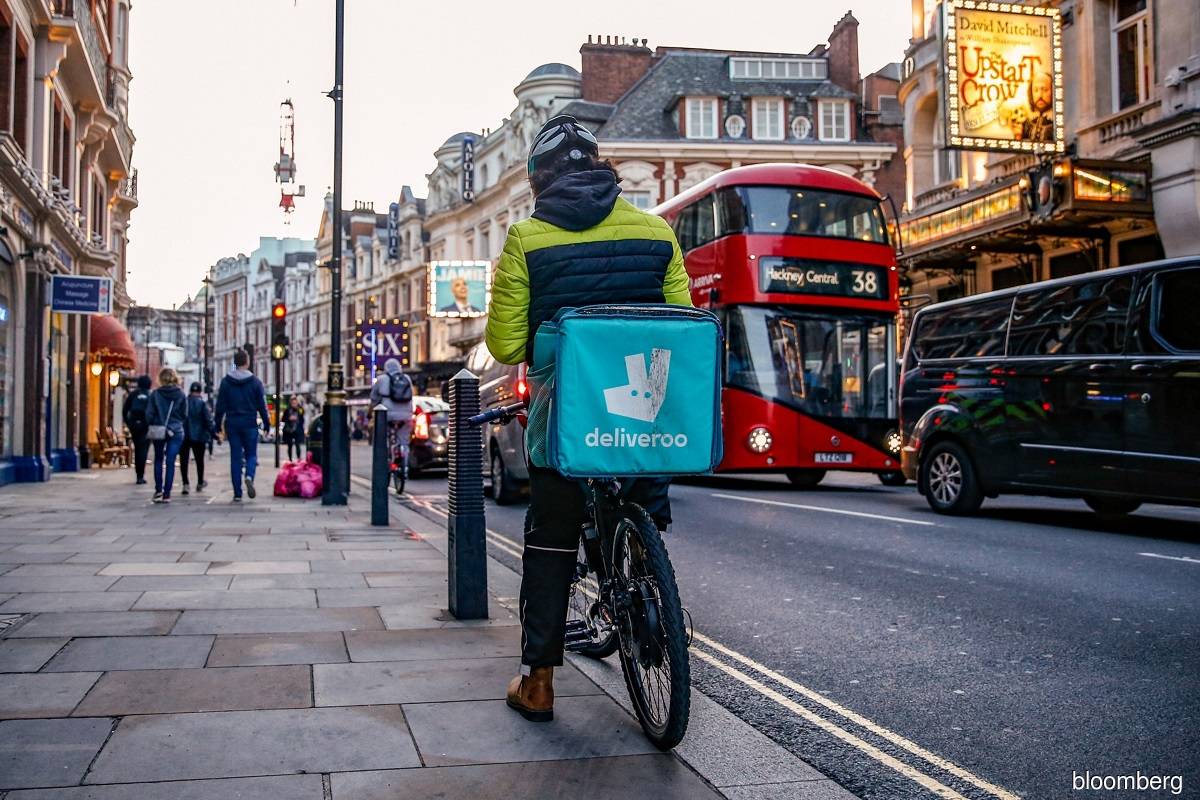 Deliveroo said in its IPO prospectus that its business "would be adversely affected if our rider model or approach to rider status and our operating practices were successfully challenged or if changes in law require us to reclassify our riders as employees".

LONDON (March 29): Food-delivery start-up Deliveroo Holdings plc has cut the upper valuation target in its London initial public offering (IPO) by about £950 million (US$1.3 billion), after some institutional investors balked at the company's treatment of riders.

Deliveroo set new guidance of £3.90 to £4.10 a share, according to deal terms seen by Bloomberg. The company initially marketed the offering at £3.90 to £4.60, valuing it at as much as £8.8 billion. A Deliveroo spokesperson said the adjustment lowered the top end of the valuation target to £7.85 billion.

Some of the UK's biggest asset managers said last week they were concerned the London-based company's treatment of couriers was not aligned with socially responsible investing practices. Hundreds of riders are expected to refuse to make deliveries when the shares begin trading on Wednesday. Some investors have also expressed concern that the company's dual-class voting structure is counter to good corporate governance.

"At the bottom of the range, Deliveroo's value seems to balance the risks and rewards from the hard work it has to do over the near term," said Patrick Basiewicz, an analyst at UK broker finnCap. "We do not expect it to be easy."

Deliveroo said in its IPO prospectus that its business "would be adversely affected if our rider model or approach to rider status and our operating practices were successfully challenged or if changes in law require us to reclassify our riders as employees".

Such challenges are gaining ground. Uber Technologies Inc, which runs the competing Uber Eats service, said this month it would reclassify its 70,000 UK drivers as workers, entitling them to the minimum wage and vacation pay. The announcement came after it lost a landmark ruling in the country's Supreme Court in February.

There are also signs investors are less willing to swallow elevated valuations for online service providers in London. Last week, Danish consumer-review site Trustpilot Group plc erased gains of as much as 16% in its debut session. The stock is still trading in line with the IPO price.

"Deliveroo has received very significant demand from institutions across the globe," a Deliveroo spokesperson said on Monday, adding that there is demand for the offering, multiple times over, throughout the price range led by three anchor investors. The spokesperson did not identify them.

Banks will take investor orders through Tuesday, with trading set to start the next day. The sale totalled as much as £1.77 billion (US$2.45 billion) based on the original price range, with £1 billion of proceeds for the company and the rest of the offering coming from investors including Amazon.com Inc.

Deliveroo is giving founder and chief executive officer Will Shu voting control for three years to provide him with the stability to execute long-term plans, the company has said.

Such dual-class structures, which are common in the US and let founders keep control even after an IPO, have triggered a debate in Britain. A UK government-backed report this month recommended allowing companies to use such a set-up on the premium segment of the London Stock Exchange, where they are currently not permitted.

"Given volatile global market conditions for IPOs, Deliveroo is choosing to price responsibly within the initial range and at an entry point that maximises long-term value for our new institutional and retail investors," the spokesperson said.