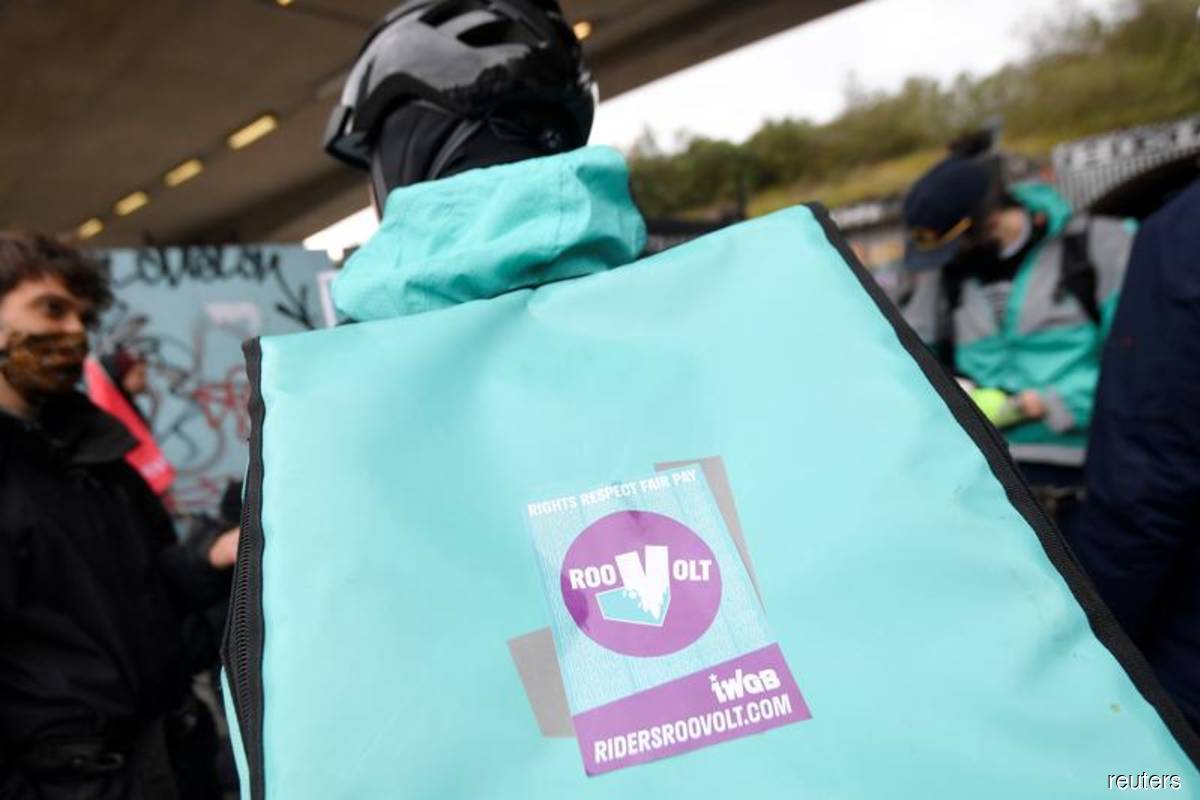 (April 7): Deliveroo shares rose on Wednesday, the first day retail investors could trade stock bought during the food delivery group's initial public offering (IPO), while some of its riders cycled through London to demand fair pay.

At 1411 GMT on the first day of unrestricted trading, Deliveroo's shares were up 2.1% at 286 pence, but still about 25% lower than the IPO price, following a hefty first day tumble when it made its stock market debut in London last week.

Deliveroo was given an initial valuation of 7.6 billion pounds (US$10.46 billion) through a 390 pence price tag per share.

"Though Deliveroo has risen...on the first day of trading available to retail investors, it's too soon to tell whether this is a vote of confidence in the stock," said Connor Campbell, an analyst at Spreadex.

"The real test for the company is going to be the coming months."

About 100 cyclists and moped riders rode from Shoreditch in East London to Deliveroo's headquarters in the City on Wednesday, asking for fair pay and basic workers' rights during a demonstration organised by the Independent Workers' Union of Great Britain (IWGB).

"Sometimes I'm able to earn a living wage that I'm comfortable with for one shift. And then the next shift I can go out and work for hours, and literally earn nothing," Kerry Hargadon, 25, who has been a Deliveroo rider for six years, told Reuters.

Musician Jason Bond, 32, who started riding for Deliveroo when work dried up at the start of the pandemic, said that while some shifts brought in decent pay, others left him with less than the minimum wage.

"You can be earning 5 pounds an hour," he said.

A Deliveroo spokesperson said 88% of riders said they were happy with the company in a survey carried out on Tuesday.

"This small self appointed union (IWGB) does not represent the vast majority of riders who tell us they value the total flexibility they enjoy while working with Deliveroo, alongside the ability to earn over £13 an hour," the spokesperson said in a statement.

The poor stock market debut in London, which saw around two billion pounds wiped off Deliveroo's valuation, came after heavyweight investors such as Aberdeen Standard Life and Aviva sat the deal out, citing concerns about gig-economy working conditions and the outsized voting rights that will be handed to founder Will Shu.

"One solution could be, for example, to offer part of the shares with more voting rights to those institutional investors interested in the business model of the British platform," he said.

"Smiling through the pain"

Still, for some investors, the gig-economy model remains shaky at best, with workers considered independent contractors with few legal rights and benefits.

In March, Uber Technologies announced following a court defeat that it would offer guaranteed entitlements to its more than 70,000 UK drivers, including holiday pay, a pension plan and limited minimum wage.

Deliveroo said in its IPO prospectus that it is involved in legal proceedings in a number of countries as it faces challenges around the status of its drivers.

Small retail investors who bought shares via a "community" share offer, allowing Deliveroo's customers to participate in the listing, were hurt by the first day losses as London Stock Exchange rules prevented them from trading until today.

"I am smiling through the pain and going to hold. I will ride it to 0 if I have to," said Sam Elliot, a London-based primatologist who invested 250 pounds.