Delays in GST refunds to worsen with quarterly filing 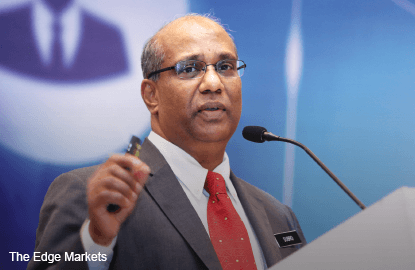 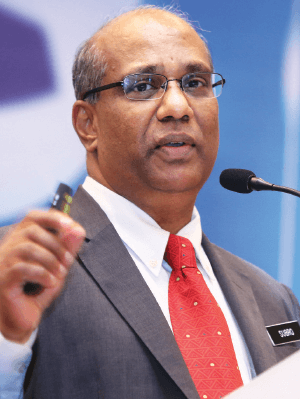 FOUR months into the implementation of the Goods and Services Tax (GST), there still appear to be teething problems. In fact, the delay in input tax refunds is expected to extend to businesses filing quarterly returns.

Businesses that have been filing monthly GST returns are displeased with the fact that the refunds due to them have been delayed beyond the 14-working-day timeline stated in the GST guide for online submissions. These businesses, with annual turnover of over RM5 million, only make up 7,000 of the 395,000 GST registrants.

To date, Royal Malaysian Customs Department deputy director general Datuk Subromaniam Tholasy says more than 70% of the input tax from the monthly filings have been refunded. But as the filing deadline for the remaining GST registrants looms near, delays in input tax refunds seem almost a certainty.

GST registered businesses with annual turnover of more than RM5 million are required to file monthly GST returns with the authorities while those with annual turnover of between RM500,000 and RM5 million are required to file quarterly returns. Businesses that incur more GST on inputs (input tax) compared with GST on outputs (output tax) are entitled to a refund for the amount paid in excess.

“If there have been delays in the refunds to the 7,000 businesses, how is the customs department going to handle these 300,000 businesses? There will be a second wave of delays in input tax refunds,” says Koong Lin Loong of the Associated Chinese Chambers of Commerce and Industry of Malaysia (ACCCIM).

Koong, who is also chairman of the GST task force at ACCCIM, says the delays are not helping businesses. With the current lacklustre business environment and depreciating ringgit, some business owners have their back to the wall.

“Many businesses experienced a slowdown after the February/March period. Some of them have had to resort to using bank overdrafts while waiting for the refunds because of their tight cash flow situation. These overdrafts are meant for working capital purposes, not for covering the delay in refunds. It really does disturb the business cash flow cycle,” he says.

Due to slow sales in recent months, an owner of a manufacturing company says he feels the pinch from the delay in refunds.

“Sales are slow but we still need to purchase materials and pay our suppliers. When we give credit terms to our customers for, say, three months, we need to fork out the output tax first as well. It really does affect our cash flow and with delays in refunds, we have to monitor the cash flow even more closely,” he says.

Subromaniam says the customs department is not solely responsible for the delay. More than 50% of the returns received have errors that need to be rectified, he says.

“People have been too quick to judge us. One of the main reasons for the delays is there are many errors in the submissions. Many of them are simple errors!”

He says common errors include information that differs from that given during GST registration and from the submitted returns. This would then need further clarification and enquiry from customs officers.

There have been suggestions for the customs department to refund the input tax first and then verify the returns by way of audits, instead of the current practice of vetting each return before releasing the refunds.

ACCCIM has been vocal about this. “Even if refunds are small amounts, a delay would affect smaller businesses greatly,” says Koong.

However, Subromaniam does not think that it is a viable option. “If everything is in order, we will definitely refund without delay. But how can you expect us to refund the money if there are errors in the returns? Obviously, our officers would want to enquire about these errors.”

He adds that the second monthly returns filed by the businesses saw a reduction in errors but he expects there to be many errors when the smaller businesses submit their returns for the first time in the quarterly filing period.

“There will definitely be delays in the refunds for the quarterly filing because there will be errors in the returns. Give us a few months and this will stabilise when businesses reduce the errors. Everyone is on a learning curve,” says Subromaniam.

When asked about the total amount of GST collected to date, he declined to comment, saying: “Wait for Budget 2016 in October, it will be announced then.”