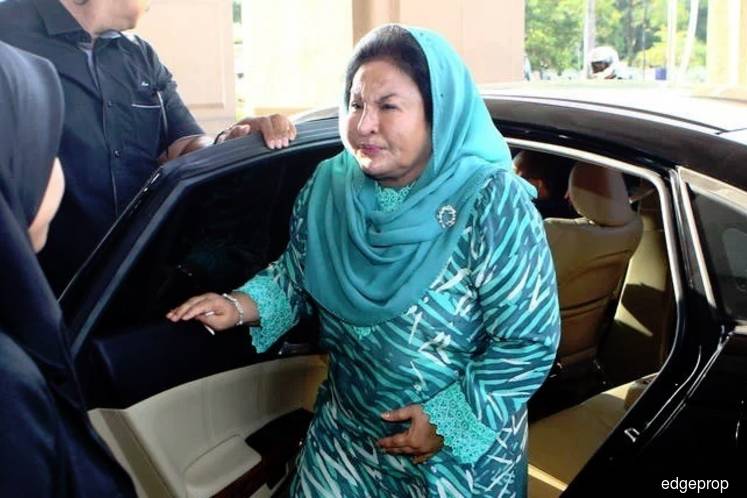 Deepak, former close friend and business associate of Najib, was speaking during an interview with international broadcaster Al Jazeera.

“She’s just plain greedy. She wants it all.

“The diamonds, especially the expensive, priceless pieces, were her way of keeping their money. It’s an easy way for her to siphon off the money and to keep it in a very simple place,” Deepak told Al Jazeera’s Mary Ann Jolley.

“It came to a point where every project had to go through her.

Deepak also described to Jolley about jewellers allegedly visiting Rosmah’s home with him and being told to settle the payments directly with the jeweller after she picked the jewellery she wanted.

Parts of the interview were provided by Al Jazeera in a statement to the media today.

The third and final episode of Al Jazeera’s programme “Malaysia: Power and Corruption” will be broadcasted at 6.30am tomorrow.

Rosmah currently faces 17 charges of money laundering. She has also been slapped with two counts of graft for allegedly soliciting RM187.5 million as a bribe and allegedly receiving RM1.5 million as a bribe in exchange for assisting a company obtain a solar hybrid power project deal in Sarawak. — EdgeProp.my