Deepak suit: High Court fixes May 10 for hearing of discovery application by Najib and Rosmah 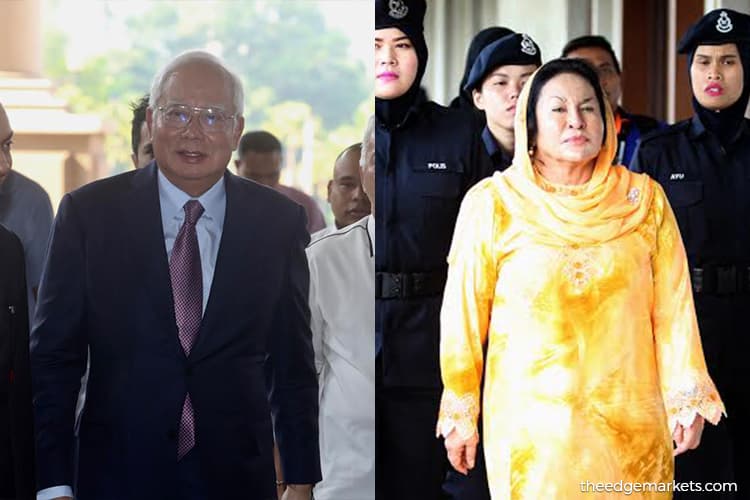 KUALA LUMPUR (April 22): The High Court has fixed May 10 to hear the applications filed by the former premier Datuk Seri Najib Razak, his wife Datin Seri Rosmah Mansor and one other to get 28 documents from carpet businessman Deepak Jaikishan, who claimed that he had been pressured by them to pay additional income tax.

Najib and Rosmah had filed the discovery application on Dec 31 last year while Baling Member of Parliament Datuk Seri Abdul Azeez Abdul Rahim, who is the third defendant in the suit, filed the same application on Jan 22.

In their application, Najib and Rosmah want the filing of their respective statements of defence be deferred pending the full disposal of this discovery application.

The documents which they seek to compel Deepak and two others to produce are documents that have been referred to in the suit.

They claimed the production of the said documents is necessary as they would need to have sight of the documents before being able to demur or admit averments in the suit.

Meanwhile, Abdul Azeez in his application claimed he should be given an opportunity to inspect the documents before replying to the allegations made by Deepak and others in the suit which make reference to the said documents.

Deepak, 46, as one of the plaintiffs together with his younger brother J. Rajesh, 45, and Carpet Raya Sdn Bhd, filed the suit on Nov 15 last year, seeking a declaration from the High Court that Najib and Rosmah were responsible for exerting pressure on them to pay the tax arrears owed by them to the Inland Revenue Board (IRB).

In the statement of claim, Deepak said between 2004 and 2010, he and the company had allegedly acted as agent and proxy for Najib and Rosmah in land transactions related to Najib and other business deals as instructed by the couple.

He also claimed that Abdul Azeez acted as an agent for Najib and Rosmah to carry out the transactions and acted as the intermediary between the couple and Carpet Raya.

Deepak claimed that as a result of the transactions, he received a letter from the IRB, dated March 2, 2018, to settle the arrears in tax owed by Carpet Raya and his income tax, totalling more than RM6 million, excluding penalty charges and interest.

The plaintiffs claimed that they were also required to pay the tax arrears in instalments for 24 months from January 2018 until December 2019 in line with the decision given by the Ministry of Finance through a letter dated Sept 21, 2017.

Deepak claimed he received the letter from IRB after his relations with the couple soured in 2012 following his refusal to follow their instructions in a civil case involving private investigator P. Balasubramaniam, claiming that Abdul Azeez had knowledge of the matter.

The plaintiffs claimed that Najib and Rosmah also ordered legal action to be taken by IRB against Carpet Raya and a winding-up petition was filed against the company on March 22, 2017, by the IRB and the petition was published in the newspapers.

They claimed that as a result of the petition, the business and reputation of all the plaintiffs were affected and Deepak was also banned from leaving the country, while their business facilities were withdrawn by Maybank and the company's contract with Ikea was cancelled.

They are seeking a court declaration that Najib and Rosmah are responsible for paying the tax arrears owed by the company.

They are also seeking RM100 million in aggravated and exemplary damages.

Besides this, Deepak was named as one of the nine defendants that also include Najib and Rosmah, in a suit by the widow of the late private investigator P Balasubramaniam against them following their exile to India for five years between 2008 and 2013 following the statutory declaration made by Balasubramaniam regarding Altantuya Shaariibuu's murder.