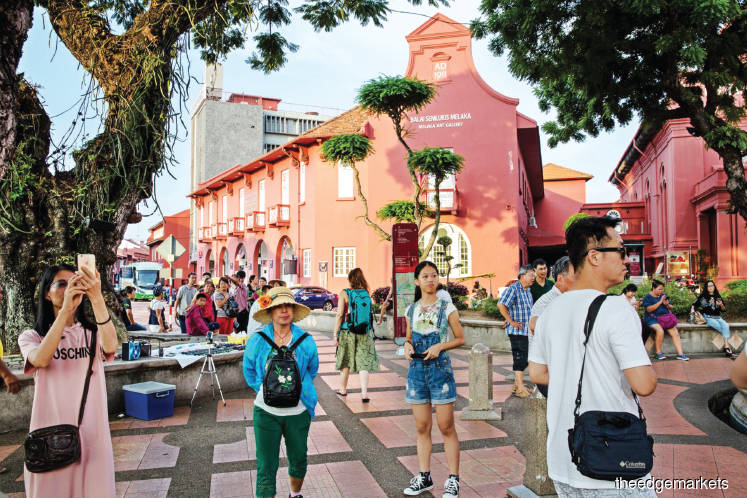 The Malaysian Immigration System, regarded as insufficient for recording and managing data on foreigners entering and exiting the country, is up for an overhaul (Picture by Bloomberg)

THE tender exercise for the billion-ringgit National Integrated Immigration System (NIIS) project has attracted bids from 25 cyber security and information technology companies. The winning bid is expected to be announced in August.

However, an interesting point to note is that S5 Systems Sdn Bhd is said to be involved in almost every bid. Industry players say the company has put in bids as part of various consortia with companies like MyEG, Iris and Heitech Padu.

“S5 Systems approached almost all the bidders and offered them its biometric solutions as part of their bid,” an industry executive tells The Edge.

“This company is going to be a big player in the country’s cyber security and information technology system industry, especially once it gets listed,” another executive adds.

It is not clear whether the tender allows for a company to put in bids through multiple consortia. However, one executive privy to the tender process says it would not be a problem if the company is just listed as a supplier.

Efforts to reach the directors of S5 Systems for confirmation on talk that they are bidding for the contract through multiple partners were unfruitful.

S5 Systems has been in the news lately. On June 10, MyEG announced that it had signed a share sale agreement with Merrington Assets Ltd (MAL) for the acquisition of a 10% stake in S5 Holdings Ltd for RM90 million. S5 Systems is a subsidiary of S5 Holdings. Then on June 16, ConnectCounty Holdings Bhd said it was in negotiations with a relevant party on a possible reverse takeover exercise involving S5 Systems. However, no agreements have been signed, the company said.

S5 Systems is no stranger to the national security and biometric system, being the proprietor of the National Foreigner Enforcement and Registration System (NERS) implemented in 2011.

S5 Systems was also involved in the biometric registration of all foreign workers during the amnesty programme between 2011 and 2014, the issuance of foreign workers’ identification card with biometric security, as well as the security pre-clearance process for migrant workers from 15 countries.

Meanwhile, MyEG, which is acquiring a 10% stake in S5, is said to be bidding for the contract with Heitech Padu. The latter currently maintains the Malaysian Immigration System (myIMMS) through a three-year contract signed with the Immigration Department in 2017.

Recall that last December, MyEG’s largest shareholder, Asia Internet Holdings Sdn Bhd (AIH), emerged as a substantial shareholder of Heitech Padu after acquiring 5.38% of the group’s share base. AIH is owned by MyEG’s co-founder and managing director Wong Thean Soon and its chairman Datuk Norraesah Mohamad. As at Jan 7, 2020, AIH held a 10.4% stake in Heitech Padu, behind Padujade Corporation Sdn Bhd, which had 24.85%.

“They (Heitech Padu) have knowledge on immigration visa processing, which is one of the core modules. They also have an application development team, which is important to build the solution. These are their core strengths.

“The migration will also be easy because Heitech Padu manages the current database,” says one industry executive.

With MyEG becoming a shareholder of S5, both companies will have extensive experience in the digital processing of foreign workers’ data. MyEG has been providing online renewal of temporary employment passes for foreign workers for the Immigration Department since January 2017.

On May 22, MyEG announced that it had received from the government another month’s extension for its e-government services and foreign worker permit renewal services. Meanwhile, the latter has been extended indefinitely and will be a module under NIIS.

DNeX and Scicom stand a chance

Although the consortium of MyEG–Heitech Padu–S5 is said to be the frontrunner, companies like DNeX and Scicom believe they have a chance to win the NIIS contract.

When contacted by The Edge, DneX executive deputy chairman Datuk Samsul Husin says the group has all the experience, having been developing, implementing and managing big government projects over the past 50 years.

“Dagang Net Technologies Sdn Bhd has been managing the National Single Window project since 1989, when it started as the Electronic Data Interchange. DNex Solutions Sdn Bhd is a system integrator and has implemented projects worth RM2 billion for the Ministry of Education.

“Innovation Associates Consulting Sdn Bhd has done the Government Financial Management and Accounting System (GFMAS) for the federal government, and a lot of other projects. We have a 700-strong, local IT workforce and the financial capability to make this project successful,” says Samsul.

The National Single Window for Trade Facilitations is a one-stop trade facilitation system linking the trading community with relevant government agencies and various other trade and logistics parties through one single window, allowing for a seamless and transparent process.

The platform processes over 100 million electronic transactions and RM1.8 billion worth of customs duty payments annually.

DNeX’s share price has been on an upward trajectory since March 19. As at last Thursday, the counter had gained 118.8% to end at 17.5 sen per share.

Meanwhile, an industry observer says Scicom’s e-government contract for foreign student visa processing is a true end-to-end system. “The other players are doing bits and pieces. I believe none of them are doing the entire end-to-end like Scicom, with the exception of Heitech Padu.”

In November 2012, Scicom was appointed by the Ministry of Higher Education to provide a system that caters for an end-to-end process in the visa processing of foreign students by integrating various government agencies.

The system, called Education Malaysia Global Services (EMGS), offers a one-stop solution for prospective foreign students to apply for visas to further their studies in Malaysia. Through EMGS, the time taken to approve a student visa has dropped to less than seven days, from two to four months previously.

Scicom’s share price has also been on an upward trend over the last few months. From 52 sen on March 20, the counter touched RM1.09 on May 18.

However, the share price has been under pressure, settling at 96 sen last Thursday.