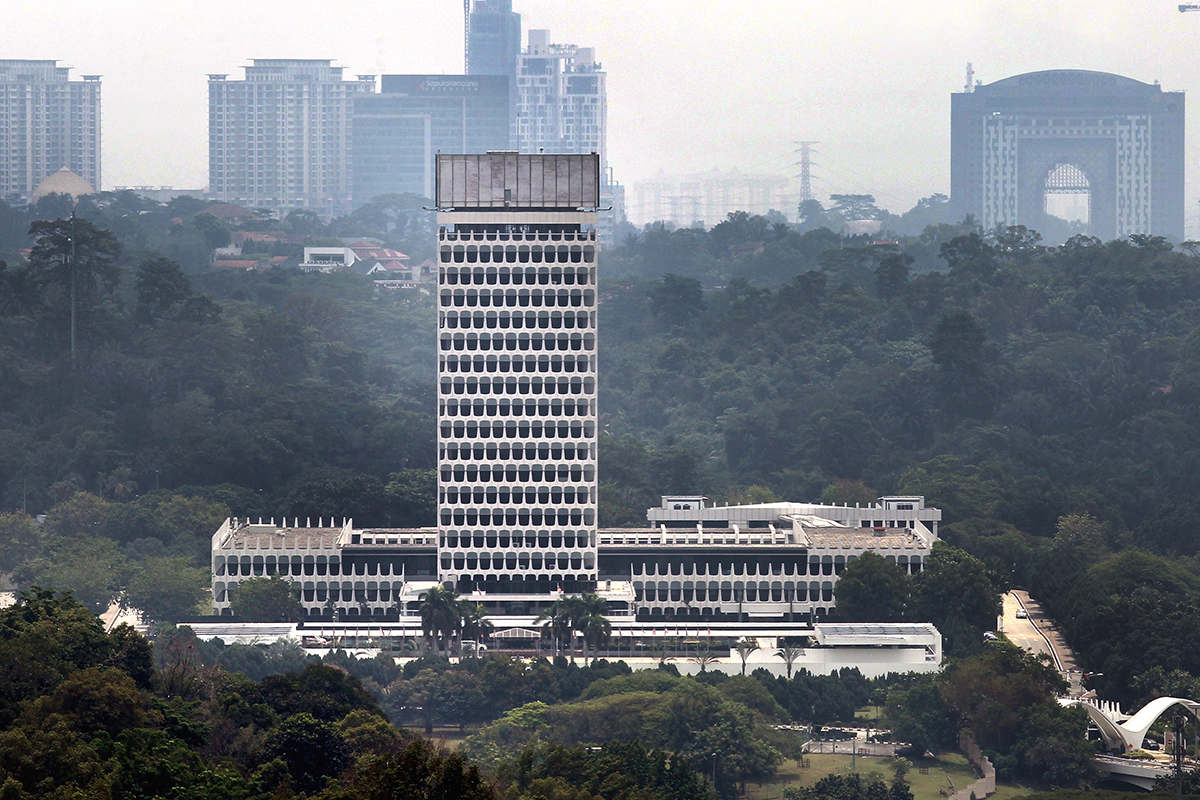 KUALA LUMPUR (Oct 27): The debt ceiling may be raised again to 65% to accommodate Budget 2021, as the level of federal government debt is expected to hit 63.6% of gross domestic product (GDP) next year, said KAF Research.

This comes as the government debt rose to a record RM854.1 billion as at the end of June, after adding RM61 billion or 7.7% to the debt to fund stimulus packages and a record deficit for 2020.

“As at end-June 2020, the government debt has hit 59% of GDP on a rolling four quarters basis. This is close to the government’s self-imposed debt ceiling of 60% of GDP that was recently raised from 55% to accommodate the surge in debt requirement,” said its economists Vincent Loo and Venice Tee in a report today.

“Looking ahead, the debt ceiling may be required to be raised again to 65% at the very least to make way for another year of expansionary budget in 2021. We expect the level of government debt to continue rising to 61.9% of GDP in 2020 and subsequently to 63.6% in 2021,” they added.

The economists expect Malaysia’s Budget 2021 to be an expansionary one despite a lower fiscal deficit of 5.5% of gross domestic product (GDP), which is narrower than the revised 7.2% projected for this year, as the government faces challenges in striking a balance between supporting an uneven economic recovery and managing the widening fiscal deficit.

According to the report, measures that will likely feature in Budget 2021 include continued assistance to the B40 and M40 groups, enhancing tax stimulus and incentives, higher spending on healthcare and frontliners, and accelerating the digitalisation drive.

“As the nation is still experiencing a third wave of infections and a full recovery is still not within sight, we expect to see continued government spending on healthcare and subsidies and social assistance, although the scale of it may pale in comparison to this year’s massive stimulus spending.

“At the same time, we expect more tax stimulus to aid households and businesses still suffering from the financial impact of Covid-19, leading to lower government revenues,” they said.

They expect wage subsidies to continue, with at least RM10 billion allocated, and a further extension of the Prihatin Special Grant (GKB) for micro businesses, which was introduced in the Prihatin (SME+ & KITA) stimulus packages.

Meanwhile, incentives for employers to hire, including the associated training and upskilling programmes (Penjana Kerjaya) and the existing cash aid (BPN), are also expected to be extended.

In addition, the government is also likely to extend the reduced employee’s statutory employee provident fund (EPF) contribution that was slated to end in December this year by at least another 12 months, they said.

Despite the fiscal constraint faced by the government, Loo and Tee think lower taxes are still needed to reduce the burden on both consumers and businesses and facilitate a more conducive environment for economic recovery.

“While we do not think the government will lower personal income taxes to increase taxpayers’ discretionary income, there should be some increase in income tax relief and tax deductions to help taxpayers to cope with the economic fallout from the pandemic,” they said, adding that the areas would be medical and related expenses, domestic travel, lifestyle tax and charitable donations.

While a reduction in large corporate taxes may seem out of reach, they believe the government may possibly introduce a corporate tax cut on SMEs earning below RM500,000.

The economists also think a windfall profit tax (WPT) on the glove manufacturers would still be a possibility.

“However, the heterogeneous nature of gloves with an absence of global benchmark like other commodities makes WPT a challenge to implement. A simpler way would be to raise the corporate tax for glove companies from the existing 24% corporate tax,” they said.

Based on their in-house estimates, an increase in corporate tax by 10% could mean an additional corporate tax collection of RM1 billion to RM1.4 billion on just the top four leading glove manufacturers alone.

“Alternatively, we opine the government could also eliminate the tax incentives on lease and reinvestment allowance which the glovemakers currently enjoy,” they added.

Amid the growing third wave of Covid-19 infections, the economists expect more allocation for the public health-related sectors to buy test kits, protective gears, upgrades in medical facilities and equipment, as well as the continuation of the pandemic allowance for frontliners.

They also expect the government to continue providing grants, tax reliefs, and develop a digital platform or ecosystem, to spur the digital economy.

Meanwhile, the government is expected to collect revenue of RM220 billion for 2021, a 4.5% increase from the previous year, said the economists.

“This still comes as a reduction from the earlier budget revenue targets of RM244.5 billion in 2020 and RM241.8 billion in 2019 (excluding Petronas’ special dividend) mainly due to the plunge in oil prices and overall lower tax collection amid a challenging economic environment and ongoing tax-cut measures,” they explained.