Deals by major suppliers in the race for 5G 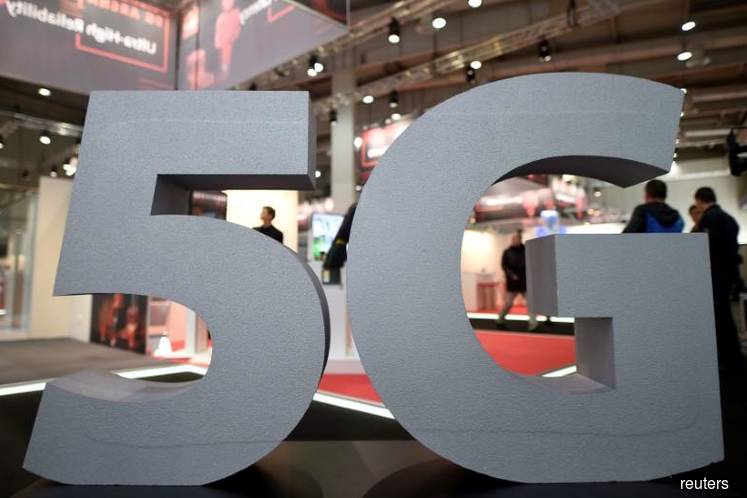 (Jan 13): Chinese technology giant Huawei is locked in a race with rivals Nokia and Ericsson to build next-generation 5G networks, even as several governments weigh up security concerns surrounding the global networks leader.

U.S. officials arrived in Britain on Jan 13 to try to persuade the British government not to use Huawei equipment in its telecoms network upgrade.

Samsung, Proximus and chip provider Qualcomm are among others vying for a slice of the pie.

The GSMA telecoms industry lobby group estimates that by the end of 2025 operators will have spent US$1 trillion building up 5G networks.

The following are some of the most significant deals clinched by the top three suppliers:

The world's largest telecommunications equipment manufacturer said in October it had clinched 65 commercial deals with half its 5G network contracts signed in Europe — despite U.S. calls for its allies to exclude Huawei from 5G deals for security reasons.

Dec 22 — Italy's industry minister says Huawei should have a role in the country's future 5G network.

Dec 17 — Telefonica plans to sharply reduce Huawei kit for its core 5G network and move to multiple suppliers after earlier saying it would source equipment from its long-term partner.

Dec 11 — Picked along with Nokia by Telefonica Deutschland to build its 5G network in Germany, aiming for 2021 roll-out in some cities.

April 25 — Signs deal with Cambodia to help it become the first country in Southeast Asia with 5G technology.

The Swedish company says it has 78 5G commercial agreements and 24 live networks across 14 countries.

Dec 19 — State telecoms operator Tele Greenland says it will use Ericsson, its current provider, for its 5G network.

Dec 13 — Picked by Norway's Telenor for 5G after a decade of collaboration with Huawei over 4G.

Nov 14 — Supply agreement with MTN South Africa, with commercialisation planned between 2020 and 2022.

Aug 27 — Partners with Deutsche Telekom to cover 5G for industrial sites in Germany.

As of Jan 9, Nokia had signed 63 commercial 5G contracts worldwide and was powering 18 live networks globally.

Dec 30 — Partnered with Vodaphone Hutchison Australia (VHA) for 5G rollout due to start in H1 2020.

Dec 19 — Nokia and SETAR win an end-to-end deal to bring 5G to Aruba within two years.

Nov 19 — Selected as one of Spark New Zealand's roster of preferred 5G suppliers.

Nov 19 — Deal with DoCoMo Pacific, which serves Guam and the Mariana Islands.

Sept 2 — Strategic agreement to launch 5G in France and Italy with Iliad, its partner for 3G and 4G deployment

May 29 — Selected as Softbank's primary partner to deploy 5G RAN and Airscale across Japan.

Feb 2018 — Agreement with China Mobile to develop 5G networks for industrial uses across the country.