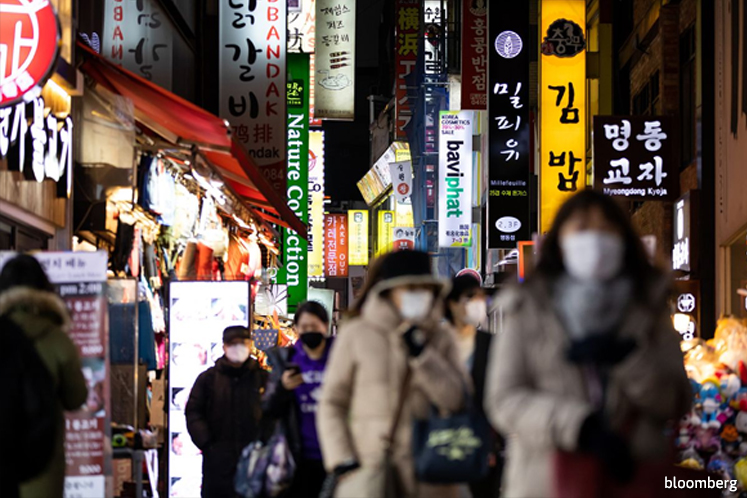 (April 2): A bond deal by South Korea’s biggest airline showed that while carriers pummeled by the coronavirus pandemic can still sell debt, they will need to pay a steep price.

The fee Korean Air Lines Co. paid underwriters to issue won notes jumped to a record 1.157%, four times what it was charged in a similar deal in September. And an unusually numerous 15 sales managers took part in the offering of won-denominated debt backed by sales of future passenger tickets this week, as brokerages spread the risk of doing the deal around.

Companies worldwide are rushing to sell bonds to build cash buffers, even as borrowing costs have shot up by a record this year due to the virus outbreak. But debt issuance has been sparse so far among airlines, one of the sectors hit hardest by the pandemic. Underscoring the sector’s grim outlook, an aviation consultant warned that the coronavirus crisis will bankrupt most airlines in the world by the end of May unless governments and the industry take coordinated steps to avoid such a situation.

Investors get extra protection to buy debt-laden Korean Air’s asset-backed securities, in the form of a trigger that may force the firm to repay early if ticket sales fall below certain levels. As the pandemic drained travel demand, sales of tickets from March 1 to March 12 dropped to 27% of normal levels during the period, according to the prospectus for the notes.

“The biggest concerns among investors are that it’s hard to tell how long the virus impact will last, how much more money airline companies will need and how severe their conditions are,” said Kim Eun-gie, credit analyst at Samsung Securities Co. in Seoul. “We haven’t reached the worst yet.”

Korean Air believes the funds raised through the asset-backed securities reflect market confidence in the carrier, a spokesperson said. The airline plans to generate more revenue through the sale of idle assets, as well as through increased cargo operations, the person said.

The ratings of KAL’s senior bonds as well as some ticket sales-backed notes have been placed on watchlists for downgrade by local ratings companies.

Amid the market turmoil, the yield on KAL’s won bonds due April 10 surged to as high as 46.5% last month. It’s trading now around 6.7%.
Troubled Sector

The domestic rivals of Korean Air are also struggling. One example of that is increased uncertainties over whether a planned purchase of Asiana Airlines Inc., the nation’s second-largest carrier, will go ahead, after the recent drop in its share price.

Budget carriers are hurting as well, and the government is providing a 300 billion won emergency loan program for them.

The big number of underwriters on Korean Air’s latest deal was “very unusual,” but it was a positive sign that state-run Korea Development Bank was among the managers, said Han Kwang-youl, credit analyst in Seoul at NH Investment & Securities Co. That may suggest that the government is willing to save the airline at least, Han said.