Day 50 of Najib's SRC trial: Ahmad Husni Hanadzlah to be cross-examined by defence 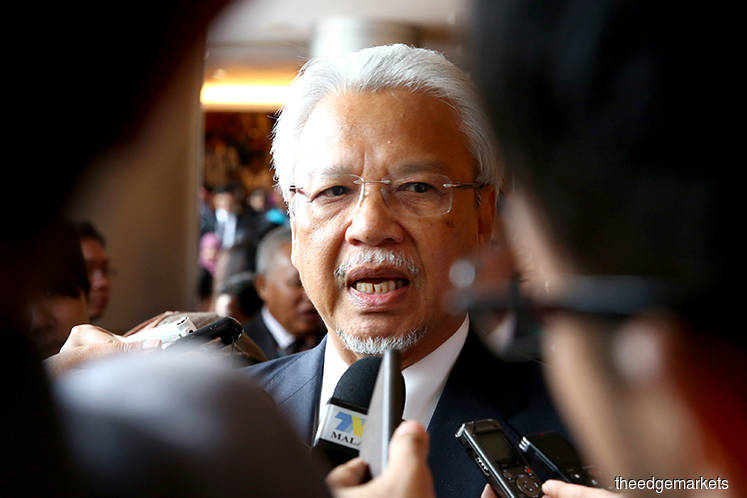 Husni, who is the first Cabinet minister from Najib's cabinet to testify in the trial, provided an insight on how the ministry is run especially concerning 1Malaysia Development Bhd (1MDB) and SRC where the government-linked companies (GLCs) are off limits to him.

The prosecution's 56th witness in the trial tells how Bank Negara Malaysia or Khazanah Basional Bhd officials would come and report to him, but with regard to 1MDB and SRC they would not come and meet him.

He further disclosed that with other GLCs there were feasibility studies done, but with 1MDB and SRC there were no study done.

Husni, who had served from 2009 and 2016 in Najib's cabinet, further revealed the "telling off" he got from Najib when Husni questioned about the loans given to SRC or the proposed investment in the oil and gas sector, despite SRC not having the experience compared to Petroliam Nasional Bhd (Petronas).

Hence the former minister felt that he was regarded as an "office boy" on matters concerning SRC.

He also asserted that SRC former CEO Nik Faisal Ariff Kamil only met him once without bringing any documents while he was asked to sign documents in relation to SRC despite not being consulted.

This resulted in Tan Sri Muhammad Shafee Abdullah, Najib's lead counsel, asking for an adjournment for yesterday's proceedings in order for him to get further instructions from his client, as he described Husni's testimony was as if "a gun was put to his head" for him to sign the documents.