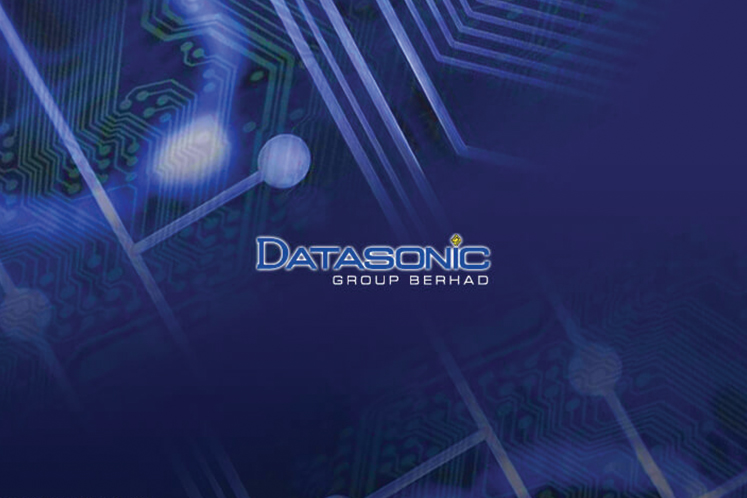 KUALA LUMPUR (June 11): Shares in Datasonic Group Bhd rose as much as 5.19% or seven sen to RM1.42 in active mid-morning trade today on an additional contract value of RM7.3 million received from the Ministry of Home Affairs in relation to an ongoing contract for card personalisation centres at the National Registration Department (NRD).

In a filing with Bursa Malaysia yesterday, the group said the initial contract between the ministry and Datasonic's wholly-owned unit Datasonic Technologies Sdn Bhd (DTSB) was for a sum of RM28.79 million across a two-year period from June 1, 2019 to May 31, 2021 with a one-year extension option.

The group added DTSB had received a letter of the additional spare parts scope dated June 4 from the ministry, increasing the contract sum from RM28.79 million to RM36.08 million (inclusive of 6% sales and service tax).

RHB Research analyst Lee Meng Horng said in a note today that he can expect further contract flows as the group is among front runners for the upcoming national security, border-related and digitalisation following the contract win.

"Following the new contract, we can expect more contract flows as Datasonic is among front runners for the National Integrated Immigration System which could be rolled out in June.

"The group has also participated in tenders for upcoming national security, border-related and digitalisation solutions such as the Foreign Visa System or VLN, One-Stop Centre or OSC, Foreigner Identity Card or i-Kad, Electronic Medical Records or EMR, and the National Digital ID," he said.

He noted the key downside risks for the group include contract discontinuation and order fluctuations. However, he said failure in contract bids may see the target price adjusted to RM1.14.

Thus, Lee maintains a "buy" call on Datasonic and raises his target price to RM1.86 (from RM1.84 previously) and said he factors in higher contributions from this maintenance contract and expects 2.5%-0.8% higher FY21F-22F (March) earnings.