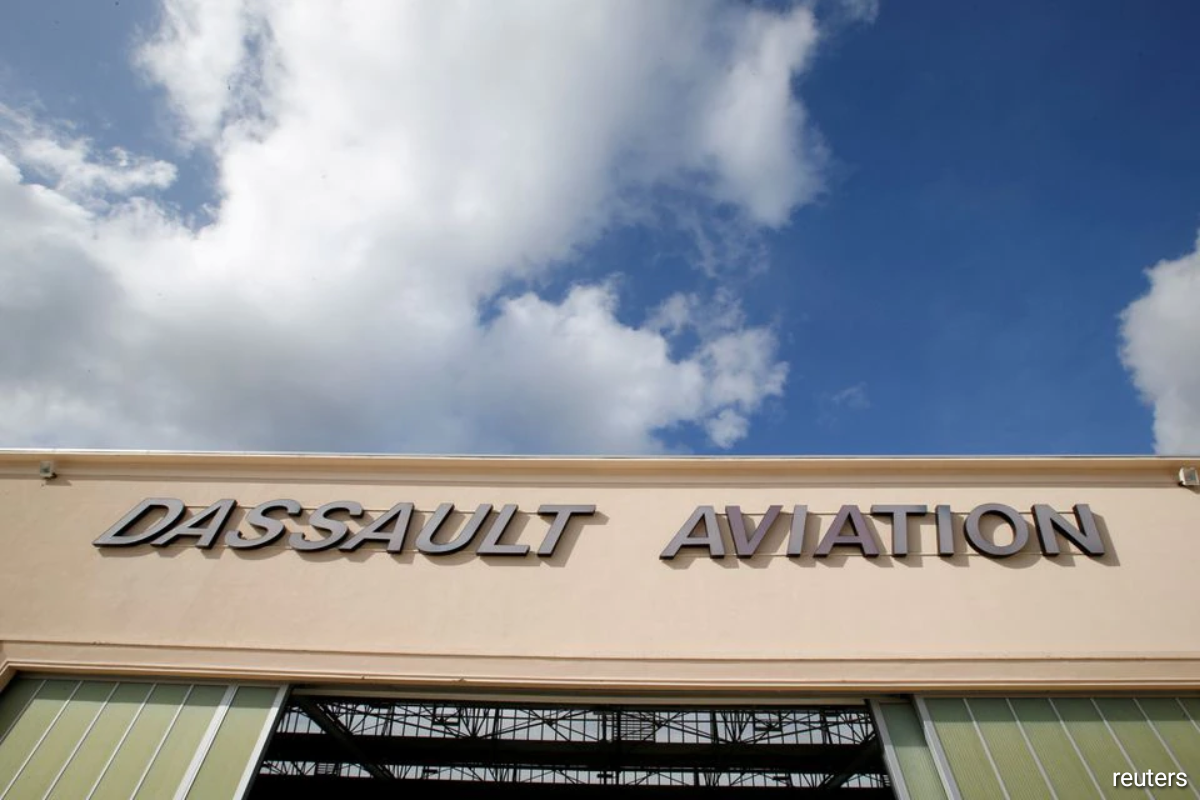 (May 7): Dassault Aviation launched a new long-range "flying penthouse" on Thursday in a bid to challenge rivals serving the ultra-wealthy and heads of state at the top end of the luxury jet market.

The Falcon 10X will be the French planemaker's most powerful model, with a range of 7,500 nautical miles (13,890 km), and compete with high-end models offered by Canada's Bombardier and General Dynamics unit Gulfstream.

It will enter service in late 2025 and - in a first for a commercial jet amid fierce debate over aviation emissions - come equipped with Rolls-Royce Pearl engines designed to run entirely on sustainable aviation fuel, Dassault said.

It is also the first time the British engine maker has been picked to power a jet from Dassault, which had fallen out with France's Safran over a previous engine project.

Despite the coronavirus pandemic and chronic volatility in demand for smaller business jets, the market for the industry's largest models has been boosted by the rising wealth of Asia.

"It's the one part of the market that held up very well all the way through the pandemic," Agency Partners analyst Sash Tusa said.

Health has meanwhile risen to the top of concerns of the industry's wealthiest clients, alongside security and privacy.

"All the executives of the companies, the VIPs, they want to travel in a very safe way. They want to save time. And business aviation is really the answer," Dassault Aviation Chief Executive Eric Trappier said in a webcast.

"Vaccines should be the solution in order to smooth down the effects of such a virus. But we have to know we will have to live a long time with viruses, whether COVID-19 or another. So it's also good to have a business jet in order to fly safely."

Dassault's gamble drew a riposte from Bombardier, whose best-selling 19-seat Global 7500 goes for around the same price: $75 million in today's dollars.

"We set the bar," Chief Executive Eric Martel told analysts, adding he felt "very comfortable" after hearing about the 10X.

Previously code-named 'Future Falcon,' the 10X is the second of two civil developments at Dassault alongside the shorter-range Falcon 6X, which first flew in March. The maker of French Rafale fighters is also involved in a new European combat jet.

Dassault is banking on the 6X and 10X to improve its share of the private-jet market against Gulfstream and Bombardier after delivering 34 Falcons in 2020, the lowest in more than two decades, U.S. aviation analyst Rolland Vincent said.

In a market where rulers and billionaires frequently covet the latest model, Dassault's last all-new luxury jet was the Falcon 7X in 2007.

But analysts said the 10X's dinner party-sized cabin and marathon range would set up a closer three-way race against Bombardier's Global series and Gulfstream's upcoming G700.