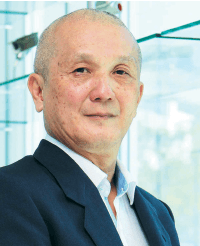 “We are still finalising pricing issues and other matters. Hopefully, we can complete [the prospectus] soon and submit it to the regulator by next year,” he told The Edge Financial Daily recently.

According to Dancomech’s draft prospectus, the group is expected to issue 26.8 million new shares, which will enlarge its share capital to 276.8 million shares. There will also be an offer for sale of 44 million existing shares.

The issue of new shares accounts for 9.68% of its enlarged share base, while the offer for sale accounts for another 15.95%; collectively they make 25.63%.

A preliminary calculation by The Edge Financial Daily showed the group is expected to raise at least RM50 million, assuming a 25% public float and a conservative earnings multiple of nine times, which values Dancomech at 84 sen per share.

The calculation was benchmarked against Unimech Group Bhd, which is in a similar business. According to Bloomberg, Unimech is currently trading at a price-earnings ratio of nine times. It closed at RM1.49 per share last Friday, with a market capitalisation of RM179.22 million.

“This is a family business and it has flourished well over the years. The business is entering into the second generation and the listing exercise will take the company to the next level of growth,” said Aik. He and his family will retain control of the company — with an over 70% stake — post listing.

Aik said the bulk of the listing proceeds will be used to repay bank borrowings and fund its future expansion plans.

The group’s borrowings amounted to RM9.11 million as at June 30 this year, with a gearing ratio of 0.15 times. As at Dec 31 last year, Dancomech’s cash and bank balances stood at RM8.64 million.

As for expansion, Aik said Dancomech plans to expand to Lahad Datu, Sabah, and Bintulu, Sarawak — with a store in each state — to improve its distribution channel and cater for its plantation, and oil and gas (O&G) customers.

“The two stores in Lahad Datu and Bintulu are considered to be [at] the centre of palm oil, oleochemical, O&G, and petrochemical activities in [Sabah and Sarawak]. The stores will open within two years after our listing,” he said.

Dancomech’s order book currently stands at RM10 million, which will last it for the next six to nine months, while its tender book stands at some RM50 million.

“There will always be demand for our products, particularly valves. We will replenish our order book through our network with our principals, which have bid for large-scale projects.

“Among the projects that we have identified as beneficial to us are the Rapid [refinery and petrochemical integrated development) project in Pengerang [Johor]. We think we can supply the valves for the refining facilities,” he said.

On its long-term plans, Aik said the group intends to go upstream by establishing a manufacturing facility within three to five years of its listing.

Its house brands account for 30% of group revenue, while third-party brands make up the remaining 70%.

Segmentally, Dancomech’s process control equipment — which is mainly valves — contributed 91.52% or RM76.14 million to the group’s revenue in FY13, while measurement instruments contributed the remaining 8.48% or RM7.06 million.

In FY13, 80.18% of Dancomech’s revenue was from domestic sales, with international sales accounting for the remaining 19.82%.