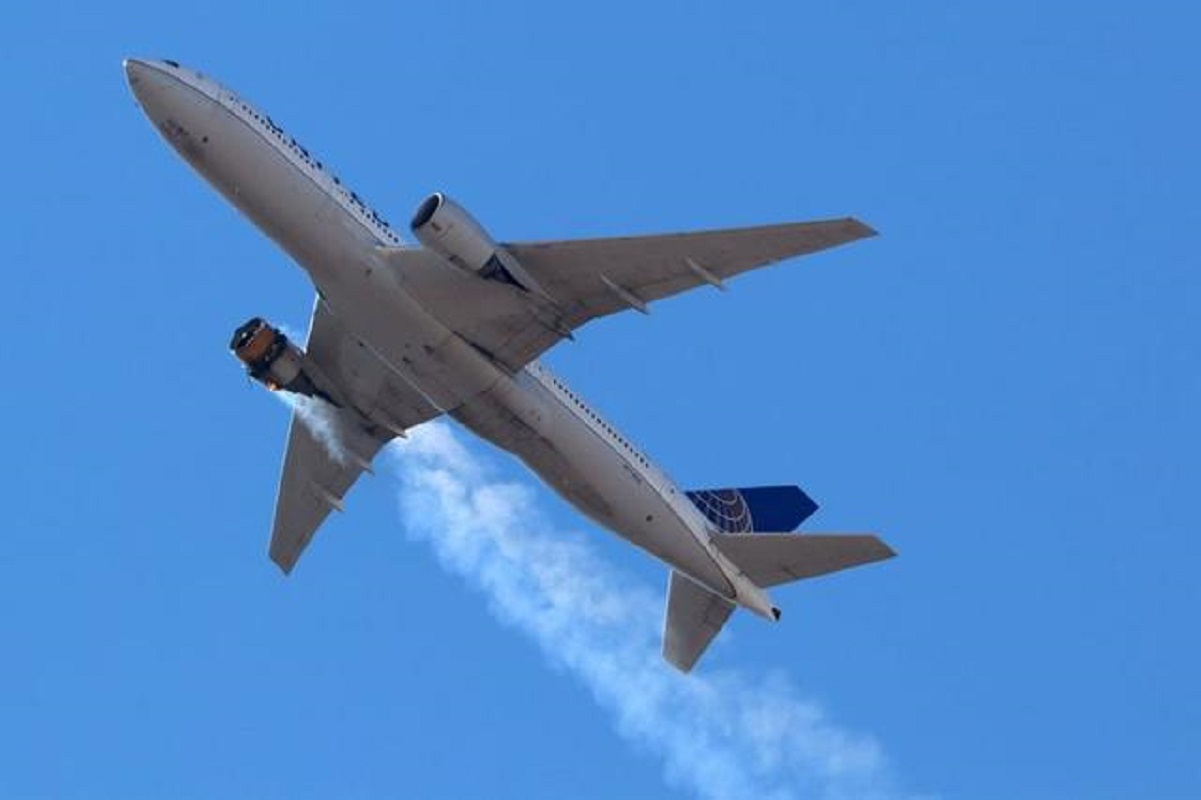 WASHINGTON (Feb 23): Damage to a fan blade on an engine that failed on a United Airlines Boeing 777 flight is consistent with metal fatigue, based on a preliminary assessment, the chairman of the US air accident investigator said on Monday.

He said it remained unclear whether the incident is consistent with an engine failure on a different Hawaii-bound United flight in February 2018 that was attributed to a fatigue fracture in a fan blade.

"What is important is that we really truly understand the facts, circumstances, and conditions around this particular event before we can compare it to any other event," Sumwalt said.

In another incident on Japan Airlines (JAL) 777 with a PW4000 engine in December 2020, Japan's Transport Safety Board reported it found two damaged fan blades, one with a metal fatigue crack. An investigation is ongoing.

The focus is more on engine maker Pratt and analysts expect little financial impact on Boeing, but the PW4000 issues are a fresh headache for the plane-maker as it recovers from the far more serious 737 MAX crisis. Boeing's flagship narrow-body jet was grounded for nearly two years after two deadly crashes.

The United engine's fan blade will be examined on Tuesday after being flown to a Pratt laboratory where it will examined under supervision of NTSB investigators.

The US Federal Aviation Administration (FAA) said on Monday it had already been evaluating whether to adjust fan blade inspections in the wake of the December incident in Japan after reviewing maintenance records and conducting a metallurgical examination of the fan blade fragment.

Boeing recommended that airlines suspend the use of the planes while the FAA identified an appropriate inspection protocol, and Japan imposed a temporary suspension on flights.

Pratt & Whitney, owned by Raytheon Technologies Corp, has recommended airlines increase inspections in a plan that is being reviewed by the FAA, sources with knowledge of the matter said. Pratt did not respond immediately to a request for comment.

The FAA has said it plans to issue an emergency airworthiness directive soon that will require stepped-up inspections of the fan blades for fatigue.

"United Airlines has grounded all of the affected airplanes with these engines, and I understand the FAA is also working very quickly as well as Pratt & Whitney has reiterated or revised a service bulletin," Sumwalt said. "It looks like action is being taken."

In March 2019, after the 2018 United engine failure attributed to fan blade fatigue, the FAA ordered inspections every 6,500 cycles. A cycle is one take-off and landing.

Sumwalt said the United incident was not considered an uncontained engine failure because the containment ring contained the parts as they were flying out.

There was minor damage to the aircraft body but no structural damage, he said.

NTSB will look into why the engine cowling separated from the plane and also why there was a fire despite indications fuel to the engine had been turned off, Sumwalt added.

Industry sources said that although the engine is made by Pratt, the cowling, or casing, is manufactured by Boeing. Boeing referred questions on the part to the NTSB.

Nearly half of the global fleet of PW4000-equipped Boeing 777 jets operated by airlines including United, JAL, ANA Holdings, Korean Air, and Asiana Airlines had already been grounded amid a plunge in travel demand due to the coronavirus pandemic.