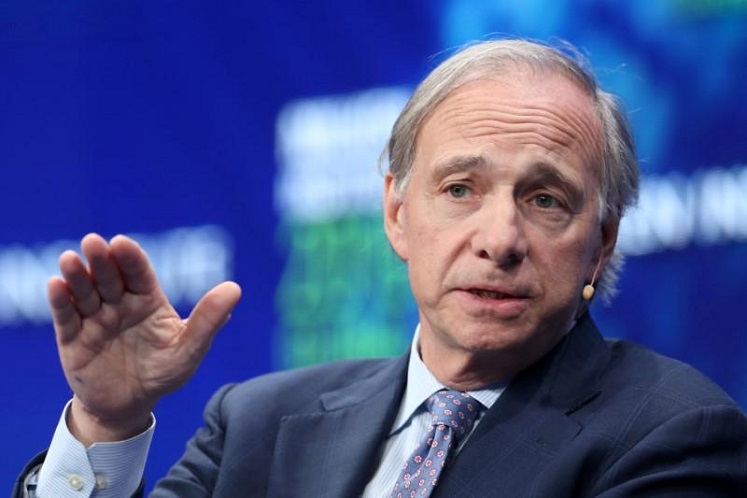 MIAMI (May 22): “The United States is now the most powerful empire by not much, it is in relative decline, Chinese power is rapidly rising, and no other powers come close,” billionaire investor Ray Dalio wrote Thursday in the latest instalment of his series on the changing world order.

Titled “The Big Cycles Over The Last 500 Years,” the LinkedIn post came as tensions between the US and China intensify. Speaker of the House Nancy Pelosi has promised that the House of Representatives will review legislation that would impose restrictions on US-listed Chinese companies. China is moving to impose a new national security law on Hong Kong, which President Donald Trump has said would force the US to respond. And Trump also lambasted China on Twitter after criticisms by a Chinese government spokesman; Trump said China could have easily stopped the pandemic but did not.

In the 10,000-word essay that explores the trajectories of the Dutch, British and American empires and their reserve currencies, the founder of Bridgewater Associates says that empires — just like humans — have a typical life cycle that ultimately comes to an end.

“No two are exactly the same but most are similar,” Dalio wrote, noting that the US and China are approaching a point of comparability when “the risks of wars of one type or another are greater than when the leading powers are earlier in the cycle.”

While Dalio’s latest chapter focuses on the past instead of predicting the future, he says both the US and China are leading the way in a new period “of great inventiveness due to advanced information/data management and artificial intelligence supplementing human intelligence.”

“Human adaptability and inventiveness has proven to be the greatest force in solving problems and creating advances,” Dalio wrote. “Because the world is richer and more skilled than ever before, there is a tremendous capacity to make the world better for more people than ever if people can work together to make the whole pie as big as possible and to divide it well.”