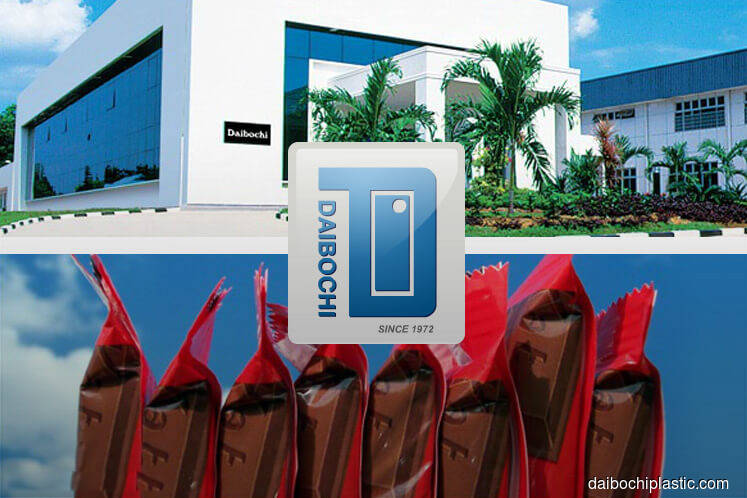 Meanwhile, revenue for the quarter under review rose 11.3% to RM104.74 million, from RM94.12 million a year ago, on the aforesaid reason, its bourse filing showed.

The group declared a first interim single tier dividend of 1.05 sen per share, payable on June 28.

In a press statement, Daibochi detailed that of the 1QFY18 revenue, about 7.7% or RM8.1 million was contributed by the Myanmar plant — with the rest coming from its Malaysian plant — and that the group will continue efforts to propel its performance there.

"Daibochi is committed to growing our Myanmar operations to become a major player in Southeast Asia. We are actively tendering for sales contracts with major domestic consumer brands as well as regional cost-sensitive businesses," said its managing director Thomas Lim in the statement.

Meanwhile, back in Malaysia, the group is also expecting continued growth in from existing clients, on the back of resilient consumer demand regionally, after seeing a 10.1% increase in domestic sales on larger orders during the quarter under review.

For FY18, it is optimistic of maintaining "commendable growth", based on larger delivery pipeline for its Malaysia plant, as it serves the growing packaging requirements of customers in Malaysia and regionally, in addition to "excellent" progress in its Myanmar plant in securing new customers.

"Moving forward, we continue to invest in both our Malaysia and Myanmar plants to expand their capacities to take on larger orders," said Lim, adding that the Malaysian plant has just received a new flexographic printer, which will increase its capacity and allow it to target more business.

Additionally, its 60%-owned subsidiary in Myanmar is slated to procure approximately US$2 million (RM7.9 million) worth of new machinery in FY18, while expansion works at its existing factory, which is expected to be completed by year end, would provide additional space for future use.

Daibochi closed unchanged today at RM2.23 in thin trade, with a market capitalisation of RM731.21 million.