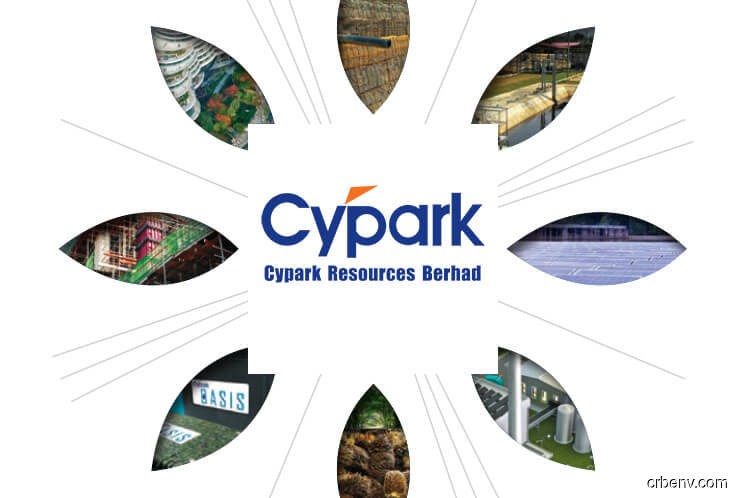 KUALA LUMPUR: Cypark Resources Bhd expects to register another double-digit percentage growth in revenue for the financial year ending Oct 31, 2019 (FY19), as the group’s renewable energy (RE) projects come to completion and with more opportunities arising from government initiatives.

The RE segment is set to overtake the group’s environmental engineering division as the main revenue contributor as soon as next year, said Cypark chief executive officer (CEO) Datuk Daud Ahmad.

“I foresee revenue growth to continue to be double digits, on the back of strong industry road-map. We have recorded double-digit [growths]. The rule is to be competitive,” Daud told reporters after Cypark’s annual general meeting yesterday.

Daud stressed that there has been no delay in the project, as the government agreement had since the beginning stated June 2019 as the plant’s commissioning date.

“We are targeting to meet that deadline. It is very challenging because it is the first [WTE plant in the country], but we are working very hard to make sure that we are there,” he said.

Once completed, the project could start contributing to the group’s top line this year, before a RM80 million full-year annual revenue kicks in from FY20. Cypark has to date invested some RM500 million in the project.

By end-2020, Cypark will manage a combined capacity of 231MW from the completed WTE plant, as well as its projects under the government’s initial and second cycle of its large-scale solar schemes, LSS1 and LSS2.

For LSS3, Daud said Cypark is in the midst of finalising its bid for a maximum quota of 100MW. He believes the group’s cost leadership in RE and high historical success rates positions the group well as a winning bidder.

Based on Daud’s back-of-the-envelope estimation, a 100MW plant could generate an annual revenue of between RM50 million and RM60 million.

“We have not submitted it (bid). But we have been preparing for this even before the tender was open, as it requires a lot of effort and preparation. We will place our bid for the largest size of 100MW [for LSS3] and we hope to win what we bid for.

“With Cypark being the cost leader, we think we are positioned well in being [a] successful [bidder]. We have also had good success rates in LSS1 and LSS2, and believe that as we continue with efforts of bringing competitive costs, our chances of scoring more [of such jobs] moving forward will be pretty high,” he added.

On funding, Daud said the group will first look into internally-generated funds before exploring a combination of equity and bank financing — which may include the restructuring of current assets, conventional bank or sukuk financing — in a tax- and interest-efficient manner.

The government’s LSS3 scheme, with an estimated RM2 billion worth of projects, is open for tender in February for six months. The outcome of the bidding exercise is expected by year-end, according to Energy, Technology, Science, Climate Change and Environment Minister Yeo Bee Yin.

For FY18, Cypark recorded a 12% revenue growth to RM337.88 million, from RM301.68 million the year before. About 73% of the revenue was contributed by its environmental engineering segment, followed by green technology and RE at 14%.