Cycle & Carriage will sell more cars in 2017 to drive margins 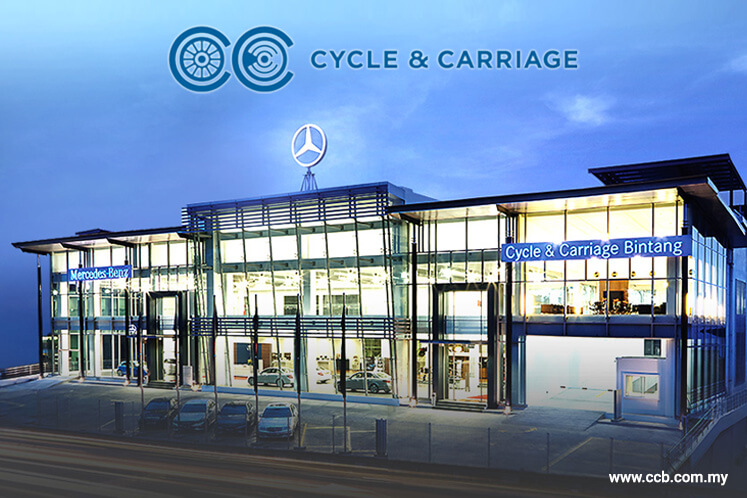 However, CCB chairman Haslam Preeston is aware that meeting the goal is challenging as the sales growth of the luxury car segment is expected to lag behind that of the mass car segment.

Nevertheless, he is hopeful CCB will report slight growth in car sales for the current financial year ending Dec 31, 2017 (FY17).

"Malaysia has a lot of characteristics that is closer to what we have seen in more developed markets. In terms of overall growth for the luxury car segment, it will reflect a relatively mature market," Preeston told reporters after the company's annual general meeting today.

According to UK-based international analytics company IHS Markit Ltd, the total industry volume (TIV) in mature markets is forecast to grow by 1.8% year-on-year in 2017.

Revenue also fell 6% to RM1.49 billion as it gradually increases contribution from completely knock-down (CKD), or locally assembled, units, priced between 5% and 10% lower than its completely built-up (CBU) counterparts.

Currently, 70% of CCB's sales come from the CKD segment, while its CBU units take up the rest. The CKD models include Mercedes' core range such as the S-Class, E-Class, C-Class, and its GLC sport utility vehicle.

Meanwhile, Preeston said growing the company's car inventory remains necessary to meet increasing demand, and that it will not significantly impact its cash flow.

"We want to try to maintain inventory at an optimum level. CCB has managed our financial performance very effectively over the years," he added.