Cutting Edge: Cancer and the genome 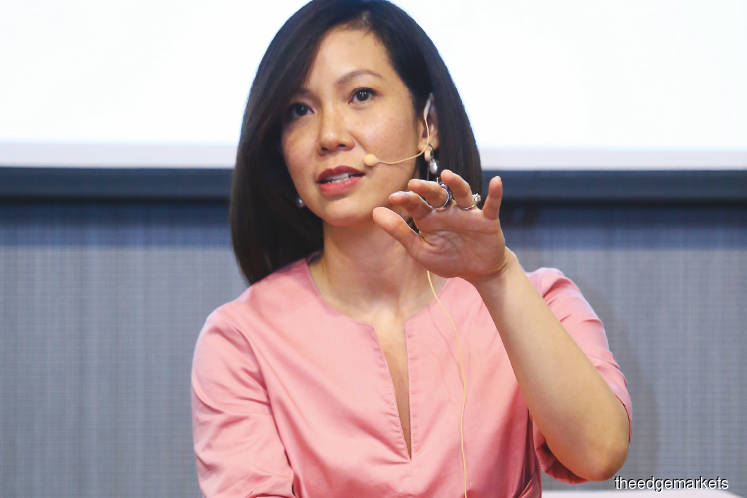 One day, every cancer patient will be able to get treatment specific to the genetic profile of their tumours. Although cancer seems to be a generic disease, the way it presents in each person is actually unique. In the current set-up, most patients receive general treatments that may not work for them, causing unnecessary trauma and wasted resources.

Dr Serena Nik-Zainal, an advanced clinician scientist at the University of Cambridge who was raised in Malaysia, is one of the leading figures trying to help breast cancer patients get treatment based on their genomic profile. She does this by sequencing cancer genomes, which are the complete set of genetic material present in cancer cells, and analysing their mutation patterns.

“When you were born, you began as a single cell with a perfect genome inherited from your parents. Then the cell develops and grows. Humans are subjected to pollution, cigarette smoke and ultraviolet (UV) light that damages our DNA throughout our lives. Some of us may get cancer and the DNA in the cells become distorted. Cancer is a disease of the genome,” Serena tells Enterprise. She had been speaking at a Global Cambridge Kuala Lumpur event titled “The changing face of medicine”.

Every woman’s tumour has a different pattern. Some of the mutations are due to external factors, such as UV damage, cigarette smoke or the ingestion of herbal medicines that can damage one’s DNA.

“You can also see the patterns left behind when critical systems of your cell goes awry. We can target those patterns with treatment. If you study the whole genome, you can figure out important genetic changes and patterns that tell you the causes of the cancer and you can treat some of those causes,” Serena says.

Of course, some of these cannot be treated, such as the damage wrought by cigarette smoke in a lung cancer patient. There are specific drugs, however, that have been designed to target certain mutations. For example, women who have the BRCA1 and BRCA2 mutation are at higher risk of developing breast and ovarian cancer. Angelina Jolie is one famous figure who revealed she had the BRCA1 mutation.

“People who inherit this genetic disorder have problems repairing DNA. When DNA breaks, you need a repair pathway to fix it and BRCA1 is involved. Women who don’t have BRCA1 will have a lot of breakage within their genome. You can see that pattern (through genome sequencing) and identify the defect. There is a class of drug called PARP inhibitors that have been created for people with this condition,” she says.

These advances in genome sequencing are driving the global push towards precision medicine. It is defined as a medical approach that allows doctors to select the most effective treatments based on the genetic understanding of a patient’s disease.

Currently, cancer patients receive a combination of treatments, such as surgery, radiotherapy and chemotherapy, depending on the type and stage of their cancer.

“When you use genome sequencing, you can understand precisely the genetic changes that are contributing to cancer in a person’s tumour. It might explain why one person responds to one treatment while another may need different or additional treatments,” Serena says.

If one looks at the data for ER-positive breast cancer (cancer cells that grow in response to oestrogen) — the most common type — 70% of patients are cured but 30% are not, she adds. “Why? Sometimes, I think we have the answer if you look at the genome. These women do not respond to standard ER-positive treatment because they have got other abnormalities that may become very clear (when you look at the genomic data).”

This is where precision medicine can save more lives. It applies to other patients as well. For instance, ivacaftor, a drug used to treat cystic fibrosis, only works on patients whose illnesses are due to certain genetic changes, according to the US Centres for Disease Control and Prevention. Patients with variations in their genes may also suffer from rare side effects from certain medications.

One example is Joshua Barnfather, a 31-year-old Briton who was born with a rare genetic disease. The genetic disorder prevented Barnfather’s skin from repairing DNA damage caused by UV light, which meant he had to avoid sunlight. In 2017, he was diagnosed with a deadly cancer that spread to his liver and lungs. General treatments did not work for him and he was close to death. But when Serena and her team performed whole genome sequencing on his cancer cells, they found another mutation pattern — outside of the one caused by UV light — that could be targeted with a specific drug.

Barnfather went on to crowdfund the cost, with his story appearing on various news sites. His cancer was successfully reduced, according to reports, and he has since resumed his normal life. “Personalised medication is really going to be key for my care because I am such a rare case,” Barnfather said in a BBC interview.

The ability to sequence the human genome is relatively new. The first time scientists produced a rough draft of the entire human genome was in 2000.

In 2016, Serena’s team published a study that analysed the genomes of 560 breast cancer samples from people around the world. It was the largest whole-genome sequencing study done of a single cancer type in the world.

While researchers globally are making progress in implementing precision medicine in cancer treatment, it is still not part of routine care for most patients. Many of the new treatments are still in clinical trials. But Serena is confident it will become available in her lifetime.

“I bet that in our lifetimes, genomic sequencing will become a general screening test like a CT scan. Every patient who comes in will get their tumours biopsied, their CT scan, PET scan, blood samples and genomic sequencing done,” she says.

A PET scan is an imaging test that allows a doctor to check for diseases in the body while a CT scan allows them to produce a cross-sectional image of specific areas in the body without cutting it open.

Some hospitals are already doing this. For instance, breast cancer patients who joined the Personalised Breast Cancer Programme at Cambridge will get their tumour’s genome sequenced. All seriously ill children in the UK with unexplained disorders will also be eligible for genome analysis from next year, according to reports. In the US, clinical trials are being conducted in various places.

But it is still a case of a “postcode lottery”, as Serena puts it. If you are lucky, you can participate in the clinical trials. This is because some hospitals may be concerned with the cost and technical know-how required to analyse and interpret the results.

“But I would argue that the costs of sequencing are falling so dramatically that today, genome sequencing costs less than US$1,000, which is cheaper than a CT scan. I frequently draw the analogy with radiology. I remember a time when MRI scans were new. The machine used to come in a big lorry once in two weeks. You put your patient on the list and wheeled them out to get their MRI scan. Today, it is available in every hospital,” she says.

The big difference between the two, however, was that companies perfected the radiology equipment and presented it to the doctors. Genomics research has mostly been in the scientific realm. It might take companies a while to improve the efficiency and accessibility.

“Computational data scientists are like the explorer with a machete. I am the one exploring the new and interesting place, but I need engineers to come in and build the super highway. You need software engineers, for example, to improve the efficiency of analysis or interpretation of genomics. That is where we need investors to come in,” she says.

It is not the cost of sequencing that is the limiting factor, she believes, but the computational power needed for analysis of big data that comes from sequencing. Investments need to be in place to hire people who can put together the algorithms that analyse genomic data. They could also build a machine that produces an easily understood report for doctors.

Already, there are many well-funded companies dabbling in the area.

For example, Hong Kong-based Prenetics offers genetic testing for its partner insurers in many Asian countries; EverlyWell and Helix do the same in the US market. Their applications go beyond cancer testing to examine areas like food sensitivity and ancestry.

According to a 2018 Deloitte study, the global genomics market is estimated to be worth US$17 billion. Over the past five years, the consulting firm has seen about US$40 billion in deals between biopharmaceutical companies and genetic testing and diagnostic firms.

“When you sequence more genomes, you are constantly growing this data set and you learn so much by doing so. Some of my team members focus on informatics analysis. We use big data and apply machine learning methods to develip clinical tools. The tools that we have developed are a form of artificial intelligence. This is the real value,” Serena says.

The big technology companies are on to this opportunity. In the US, the New York Genome Centre is working with IBM to analyse the huge amounts of data. Microsoft and Google both have an arm focusing on genomics.

Doctors should not fear genomics or the computational processes required to analyse the data, Serena says. “I am a doctor by training and I am no great bio-informatician but I know enough and I know my limits. It is really a lot of fun. My team is always finding new things and now we are having an impact on individual patients.”