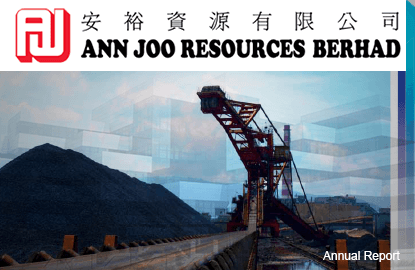 KUALA LUMPUR (Feb 29): Ann Joo Resources Bhd announced today that the Royal Malaysian Customs Department had, on Feb 24, inspected and taken custody of certain shipping and accounting records relating to the importation of hot-rolled coil (HRC) from its subsidiaries.

"The purpose of audit and investigation was not officially informed by the Customs. None of the accounts of AJM, ASSC and ASP have been frozen by the Customs," it said.

"The documents that have been taken do not affect the operations of the group and the company is of the opinion that there is no financial impact. The company will continue to extend its cooperation to the Customs on the investigations," Ann Joo said.

The disclosure to the exchange came after The Edge Financial Daily reported today that the Malaysian Iron and Steel Industry Federation (Misif) has lodged a complaint with the Ministry of Finance (MoF) on concerns raised by its members regarding the industry-wide audit of the steel industry last week that was conducted in a high-handed manner.

In a letter addressed to Deputy Finance Minister Datuk Chua Tee Yong, Misif noted that the industry-wide audit, which had so far raided 12 of its members including six listed companies, had resulted in the freezing of bank accounts and confiscation of mobile phones.

The audit was conducted at PPI's business premises in Penang, which saw Customs taking custody of certain records and documents of PPI; some of PPI's bank accounts had also been temporarily frozen to facilitate Custom's audit and investigation.

"PPI had extended and will continue to extend its fullest cooperation to the Customs to resolve the matter as expeditiously as possible. The group is committed [to] ensuring compliance with all relevant laws and regulations," Wah Seong said.

However, Wah Seong assured that PPI's business operation is ongoing as usual and that the audit and investigation by Customs do not have any material implication on the financial and operation of PPI, or on the group, as a whole.

AISB, on the other hand, also said Customs had visited its premises to conduct the audit for about two hours on Feb 24.

"The Customs has taken custody of certain documents pertaining to two importations of HRC for further verification. There were no further actions taken by the Customs, pending their feedback at a later stage.

Hiap Teck Venture Sdn Bhd, in a bourse filing last week, had also shared that Customs had taken custody of certain documents of two of its subsidiaries and frozen the bank account of one of the two subsidiaries "for purposes of audit and investigation".

Hiap Teck had said it was seeking legal advice on the matter.