Currency volatility is a headache for companies reducing reliance on China 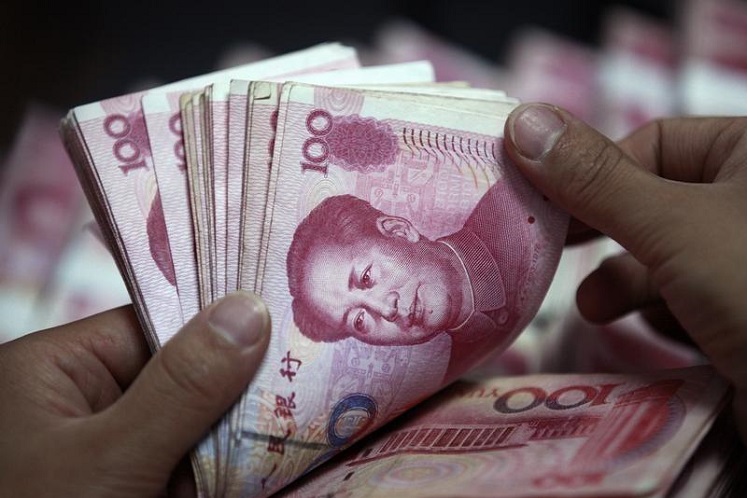 LONDON (May 28): Currency volatility is a nemesis for executives planning on reducing their reliance on China.

The world’s second-largest economy has the relatively tame yuan with the People’s Bank of China setting a reference rate every day. The currency’s offshore and onshore rates aren’t identical, but they often move in tandem.

The yuan’s stability lends a level of predictability for companies doing business there, helping them to forecast their foreign-exchange needs. While the coronavirus has shown the importance of flexibility in supply chains, changing location opens up the risk of swings in cash flow and longer-term profits from effects of currencies more prone to erratic moves.

“I’ve heard numerous clients say that if they weren’t already diversified from China then it’s very much in their plans to do so,” said Jonathan Pryor, head of foreign exchange at Investec Corporate Bank. “All of a sudden they will have to deal with a more volatile currency.”

Tame Yuan
Despite China being the first to suffer the effects of the virus, and even with offshore yuan near a record low as of 5:30pm in London on Wednesday, the nation’s currency is among the least volatile in emerging Asia over the past three months, according to Bloomberg data. Indonesia and South Korea, popular alternatives for low-cost or high-tech manufacturers, have seen the biggest foreign-exchange swings.

Wolfgang Koester, the senior strategy officer at corporate treasury management company Kyriba, recently helped a Singapore-based manufacturer move its procurement from China to Malaysia and Vietnam, where the thinly-traded dong hit a record low against the dollar in March.

“This shift increased the complexity of their hedging programs and increased risk exposures,” Koester said.

It’s also more costly. Hedging US$1 million against currency gyrations, through options to buy the dollar for three months, might cost about US$10,000 for a China-based firm, versus almost US$28,000 for those in Indonesia and about US$19,000 for companies in Malaysia.

Other Options
Outside of Asia, other potential bases look just as volatile from a currency perspective — with the Mexican peso, Brazilian real and South African rand more volatile than the rupiah. The lira in Turkey, a common destination for textile firms moving out of China, is not far behind.

“Nobody would want lira exposure and hedging is difficult and very costly at the best of times now in Turkey,” said Viraj Patel, a currency and macro strategist at artificial intelligence firm Arkera Inc.

In spite of those costs, manufacturers based in a developing market that sell overseas and bring funds back, or just pay costs in local currencies, may still benefit as often emerging-market exchange rates tend to weaken against the greenback in times of global turmoil.

Realigning supply chains became an issue long before the virus paralyzed economies. The trade war initiated by US President Donald Trump spurred some companies to diversify their production so they’re not so heavily reliant on China. In an attempt to side-step US tariffs, large firms shifted factories to other Asian nations.

The war of words between Washington and Beijing escalated this month, threatening to become a major risk for traders who have spent months grappling with the virus’s impact on markets. China this week set its yuan fix at its weakest since 2008, surpassing a low in August 2019, when the US announced tariffs on China.

The damage the virus has caused in global trade, however, made more companies rethink their supply chains. Japan, whose largest trading partner is China, has earmarked $2.2 billion of its record economic stimulus package to help manufacturers shift production out of China.

Natural Hedge
In Britain, some companies had been re-jigging their strategies after the 2016 vote to leave the European Union. Now, with the virus having affected the supply chains of 82% of small- and medium-sized UK manufacturers, it is only hastening the process.

Such supply gaps were a “wake up call” for some governments on how far away some essentials were being produced, according to Rolf Ganter, head of European equities at UBS Global Wealth Management.

“We really believe both companies and governments alike will look into certain supply chain issues and dependencies,” he said.

A shift to bringing production closer to the end market could mean the regional proximity of such currencies would help limit some of the foreign-exchange fluctuations.

“It comes back to the idea of natural currency hedging,” said Zurich-based Ganter. “Try to produce where you sell because I think populism and protectionism won’t go away.”