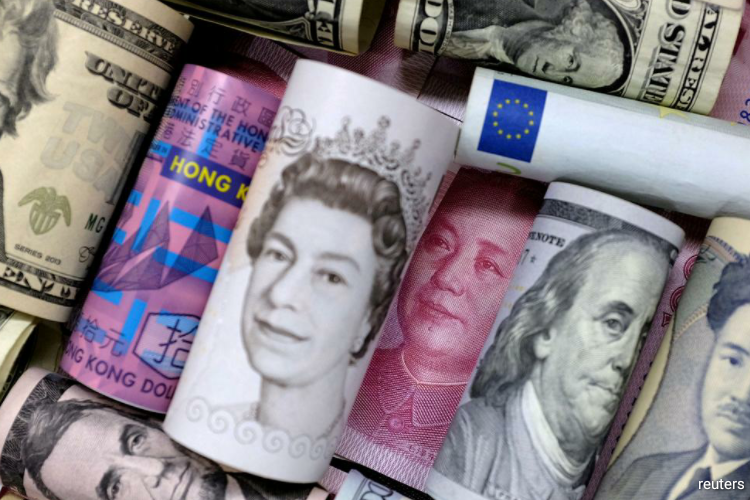 SINGAPORE (Jan 15): The safe-haven yen held firm and riskier Asian currencies softened a little on Wednesday, as currency investors awaited the signing of the U.S.-China trade deal with trepidation.

The formal agreement is aimed at drawing a line under 18 months of tit-for-tat tariff hikes that have hurt global growth, but it will not end the trade dispute between the world’s two largest economy.

That pulled China’s yuan below Tuesday’s six-month peak and lifted the Japanese yen from a seven-month low, as traders reckoned on few further benefits from the agreement.

“The deal is priced in,” said National Australia Bank’s head of FX strategy, Ray Attrill. “I can’t see any reason why the yuan should continue to strengthen, given the limited amount of tariff rollbacks that are contained in this deal.”

U.S. President Donald Trump is slated to sign the Phase 1 trade agreement with Chinese Vice Premier Liu He at the White House at 1630 GMT.

But it will leave in place 25% tariffs on a vast, $250 billion array of Chinese industrial goods and components used by U.S. manufacturers.

A source told Reuters that China has pledged to buy almost $80 billion of additional manufactured goods from the United States over the next two years under the deal, although some U.S. trade experts called that unrealistic.

Mnuchin said deal documents will be released on Wednesday, except for confidential annex covering the product and services purchases.

Elsewhere the British pound was marginally stronger at $1.3027, ahead of inflation data due at 0930 GMT.

The consensus expectation is for the core annual inflation rateto hold steady at 1.7%. However, several recent hints at rate cuts from Bank of England policymakers have investors on edge that a miss on the downside may strengthen the case for monetary easing.

Money markets are now pricing in a 43% chance for a 25 basis point cut in rates at the end of this month.

“If we saw core inflation coming in at say, 1.4%, then I think that would inflame the situation,” said Chris Weston, head of research at Melbourne brokerage Pepperstone.

He added that business surveys next week would be even more closely watched. “If they don’t show any kind of meaningful rebound, then you’re probably going to get a market that’s pricing in (the chance of a cut) at north of 50%.”