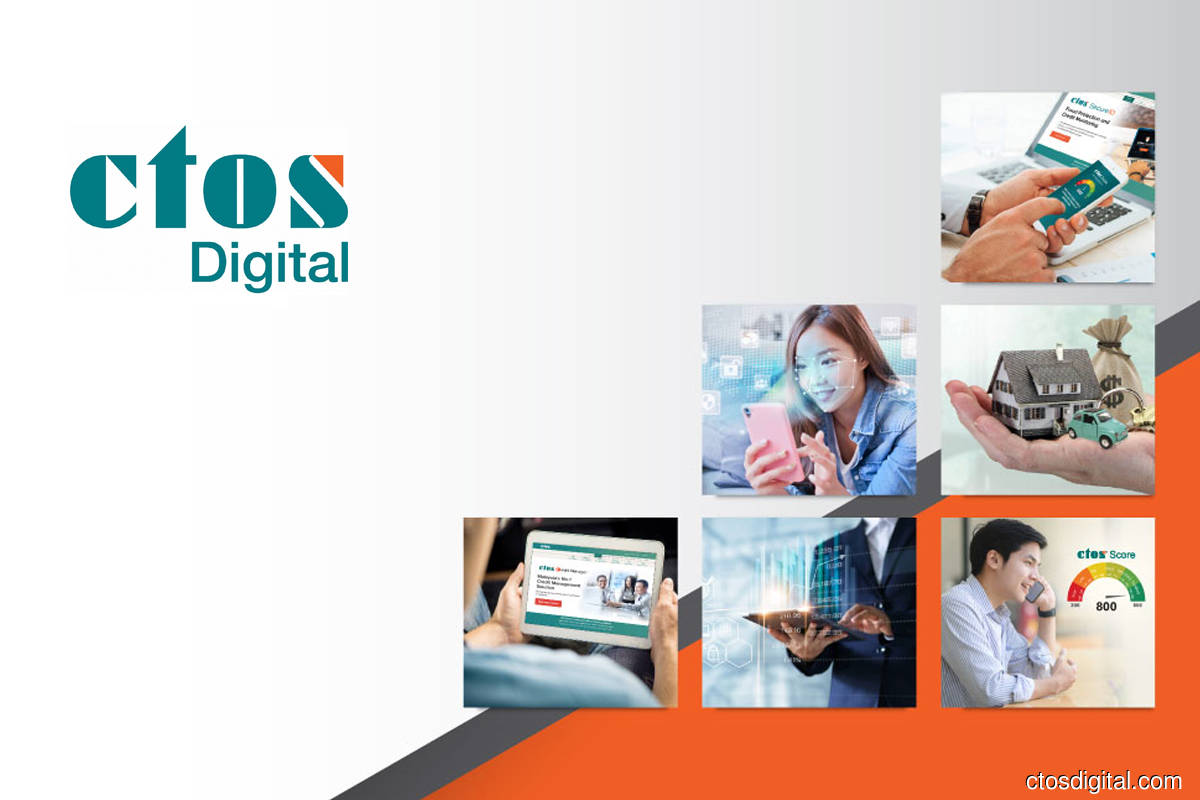 KUALA LUMPUR (April 22): CTOS Digital Bhd’s net profit soared 62.3% to RM12.48 million for its first quarter ended March 31, 2022 (1QFY22) from RM7.69 million last year, as it recorded stronger revenue on improved performance across all business segments and an increase in share of profits of associates.

The group had delivered a strong set of financial results in 1QFY22 despite the lingering impact from the pandemic, and expects the momentum to ramp up as the year progresses on positive domestic sentiment amid the reopening of the economy, said CTOS deputy group chief executive officer (CEO) Erick Hamburger.

Hamburger also noted that CTOS Digital has been seeing increased activities, with its subscribers pulling 17% more business credit reports since the start of 2022 compared to the same period last year.

On prospects, Hamburger said CTOS is confident of delivering a solid performance in 2022, supported by BAU growth, expansion into new verticals and reaping the harvest from its value accretive acquisitions.

“We are taking the industry to the next level by expanding our capabilities across three areas on data analytics, fraud and ID, as well as end-to-end digital platform solutions to cater to the digital economy. We see tremendous opportunities for expansion and growth in Malaysia and the ASEAN region, with its large addressable markets, rapid digitalisation and increased economic optimism forming a conducive backdrop,” Hamburger said.

Hamburger also highlighted that the group is still in an acquisition mode, with the group's strong cash position of RM42.4 million and low net gearing, and will continue to look for opportunities in Malaysia, as well as within ASEAN.

Hamburger to take over top job on May 1

CTOS’ board also announced that Hamburger will take over the post of group CEO from May 1, on the retirement of Dennis Martin from the job on April 30.

Martin, who joined CTOS in 2017, will continue to serve on CTOS’ board as a non-independent non-executive vice chairman, a day after his official retirement on May 1, 2022.