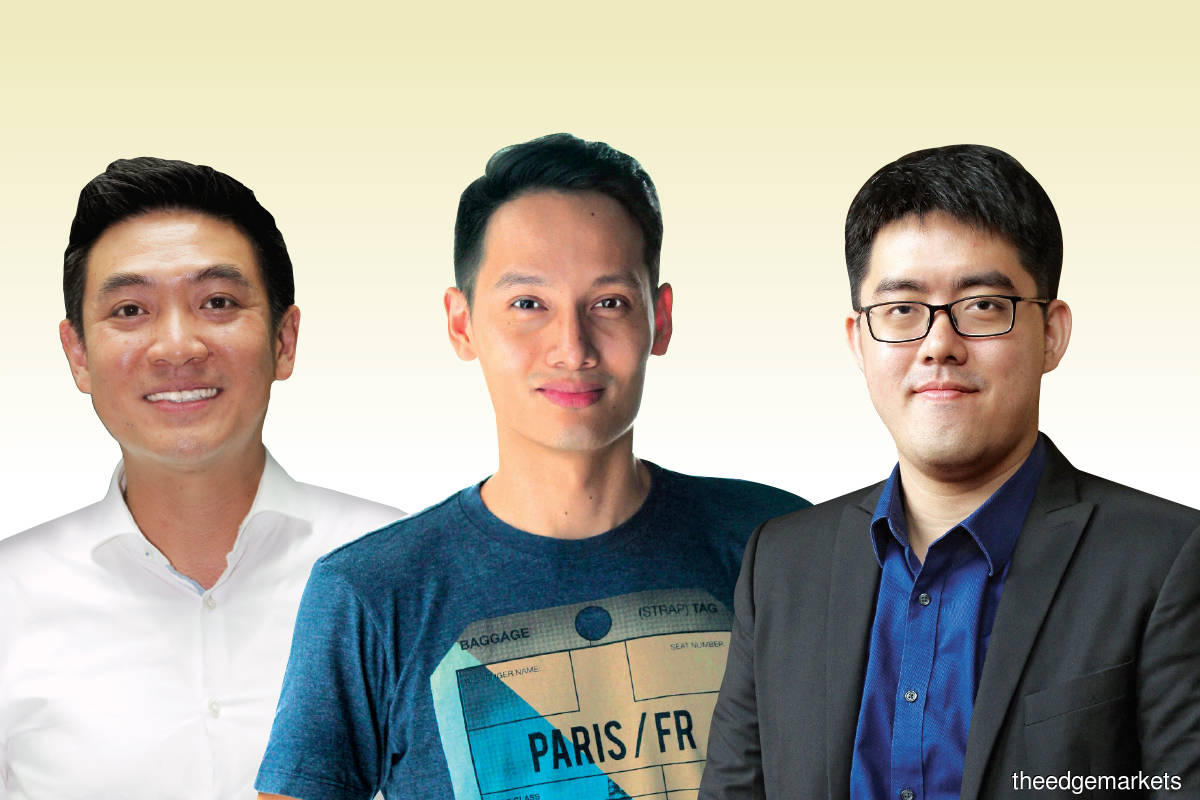 Bitcoin prices have been on an upward trajectory since ­prices plunged below US$4,000 in mid-March. Having broken its key resistance level of US$10,500 at end-July and currently trading at US$12,300 (as at Aug 18), the digital currency is poised for a sustained rally, say local digital asset exchange (DAX) players.

“There has been a lot of positive news recently, which we hope will support the rally. At the rate bitcoin is trading now, we feel there is a lot of room for it to go up and it is just at the beginning of its price potential. While no one can accurately predict where the price is headed, we are hopeful that the performance will be sustained,” says Hong Qi Yu, founder and CEO of Tokenize Xchange.

He says three factors could support bitcoin prices — more awareness in the mass market, higher adoption among institutional investors and a further weakening of the US dollar. “Recently, we saw greater participation from new investors due to the hype surrounding the decentralised finance (DeFi) space. Higher adoption leads to higher demand, which will motivate the price to [go up].”

However, for bitcoin to move towards its historical highs seen in 2017 and sustain the levels, the global equity market must not experience a significant selloff similar to that in March, says Sinegy co-founder Kelvyn Chuah. Concurring with Hong, he says a sustained performance would require higher participation from institutional investors.

Luno country manager Aaron Tang says the firm is bullish on bitcoin’s performance as there has been greater institutional investor interest recently. “Back in 2017, the market was primarily driven by retail investors. But recently, digital asset management company Grayscale Investment, which allows institutional investors to buy digital assets, announced that it has seen an increase in assets under management (AUM) of US$1.6 billion (RM6.7 billion) in the first six months of 2020. By comparison, the company only had US$1.8 billion in AUM at end-2019.”

One example of institutional parti­cipation is when Nasdaq-listed business intelligence company MicroStrategy Inc, which is not in the cryptocurrency business, announced on Aug 11 that it had purchased bitcoins at an aggregate price of US$250 million. In a press statement, its CEO Michael J Saylor says the investment reflects the company’s belief that bitcoin is a dependable store of value and an attractive investment asset with more long-term appreciation than cash.

“This is a good start. If we continue seeing such trends on the institutional investors’ side, the probability of bitcoin reaching its previous historical record is very high,” says Tang.

Bitcoin prices started the year at US$7,195.15, before crashing on March 12. At the peak of the equities sell-off, the entire cryptocurrency market lost more than US$90 billion in market capitalisation when bitcoin’s value plunged 40% in a single day.

According to CoinGecko data, the lowest price for bitcoin this year was recorded on March 17, when it dropped to US$5,032.50 — a 30% decline from the start of the year. A few days before that, its price had briefly plunged to below US$4,000.

Despite the crash, investors were hope­ful that the bitcoin “halving” event would lead to outperformance in the second half of the year. This event, which happens every four years, halves the issuance rate of the entire bitcoin network. After the last two halvings in 2012 and 2016, the cryptocurrency saw short drops in price followed by a prolonged bull run that lasted between six and 12 months. Tang says the price of bitcoin has gone up 38% (as at Aug 13) since the latest halving event on May 11. So far, the price performance does seem to be loosely following the pattern of the previous post-halvings. However, he notes that it is still too early to come to a conclusion as historically, the bulk of the price outperformance happens in the first 12 to 15 months after the halving.

“To be fair, almost all asset classes — including bitcoin — suffered declines in March. Now, almost all of them are recovering. Therefore, we think the rally is also contributed by the post-pandemic recovery,” says Tang.

“Something interesting to note is that the bitcoin hash rate [the number of miners] is almost at an all-time high, even after the halving, which caused the mining reward to drop by half. After an initial drop, the hash rate has been climbing from end-May until now. This means miners are still mining bitcoin and have found ways to still make it profitable.”

He also highlights that bitcoin seemed to have a closer correlation with gold recently than it normally does. According to Luno’s weekly market update provided by Arcane Research, the correlation has spiked as the two asset classes outperform. It is now the highest since the market crash in March, when the correlation spiked as investors dumped both assets.

Tang says this may be due to investors’ nervousness about monetary inflation caused by quantitative easing, leading them to turn to other stores of value. “On Aug 4, a JP Morgan Chase strategist wrote in a note that investors are generally interested in alternative assets — but older ones are buying gold while younger ones like bitcoin. It is interesting to see that the world’s stores of value seem to have split between gold and bitcoin.”

Altcoins — any cryptocurrency other than bitcoin — are also rallying. For example, ether, the second largest digital asset by market capitalisation, was up 235% this year to US$433 per token as at Aug 17. Another altcoin, Ripple (also known as the XRP token), had gone up 58% to 30 US cents per token. Litecoin, a digital asset that was recently made available for trading on local DAXs, had gone up 48% to US$61.33 per token.

Apart from bitcoin’s rising price, the altcoin price rally may have been contri­buted by the hype surrounding the DeFi space, which has been a hot topic in the cryptocurrency community, says Hong. DeFi is a blockchain-enabled ecosystem that, among others, allows users to borrow, lend, trade and make transactions in digital currencies without the need to go through regulatory authorities. Altcoins related to this space include ether, USDx, Augur and Dai.

“Right now, within the ethereum community, there is hype similar to the sentiment of the initial coin offering (ICO) boom days. The DeFi space has been crazy over the past two months. To put it simply, a lot of people are putting their money into a multitude of DeFi projects hoping to get instantaneous returns, as well as other monetary incentives the projects promise to provide. The total value locked in this space is almost US$5 billion,” Hong points out.

One such project is the now infamous YAM.Finance, a yield farming DeFi project that seeks to combine a number of DeFi applications. The project saw its market capitalisation vanish in less than 60 minutes. According to news reports, YAM attracted more than US$400 million in its first two days of trading. After a bug was found in the project’s code, the YAM token’s value dropped significantly from an all-time high of US$167.66 apiece to 84 US cents on Aug 14, according to CoinGecko data.

In a post on the Medium platform, the YAM.Finance developer explained that the coin had lost control of its on-chain governance feature. After attempts to save the project, Yam.Finance co-founder Brock Elmore took to Twitter to apologise and express his thanks to the supporters of the project.

“Personally, if you ask me, it seems like a fad where the investors are just playing a game of musical chairs. A few years ago, the fad was around ICO — now, it is DeFi. Just like the ICO boom era, we can see some tokens go up 100% in a week. I feel that the market is getting ahead of itself, and is getting overheated,” says Chuah.

Moving forward, it is best for investors to stay cautious and not take on too much unnecessary risk, he says. “Our suggestion to investors is the same as before — cryptocurrency is an asset class in which they should not put more than 2% of their net worth. Ideally, investors should implement dollar cost averaging, that is, investing small amounts every month.

“If they want to take it a step further, they can try to understand arbitrage trading in cryptocurrency. That way, they take the first step in learning advanced strategies and how to hedge their positions.”

Chuah says the local DAX players are working with Securities Industry Development Corp, the training and development arm of the Securities Commission Malaysia, to conduct a 1½-year educational programme for in­vestors. “Better education is sorely needed in this space because there are a lot of bad actors in it. We want to do our part to help investors differentiate between the bad and the good.”