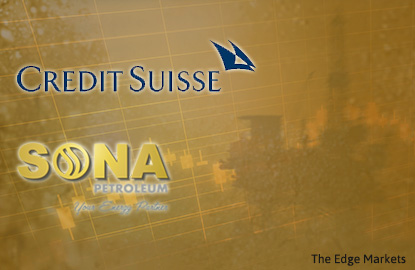 Sona is a special purpose acquisition company, which is being liquidated as the group had not made its qualifying acquisition by the deadline on July 29 this year.

According to Sona's announcement, the stake is Credit Suisse's "deemed interests through open market investment position taken in the course of ordinary business in banking and finance".